Has BP Summoned the Fires of Hell?

We’ve railed at traders and speculators recently for their arrogant and sometimes breathtaking stupidity in failing to discount an onslaught of world-shattering news. If the dolts, rubes, bozos and mountebanks who have kept stocks afloat even remotely understood what has been going on in this world, we wrote here recently, the Dow Industrials would plummet 6000 points in mere days.  And the news has been grave, indeed.  America’s wholly imagined economic recovery died for good on Friday with the release of shocking retail figures for May. Household incomes have been falling, consumer credit imploding, M3 plummeting, and now it turns out that corporations have allowed $1.8 trillion to sit idle in low-yielding bank accounts, hastening the economy’s deflationary collapse and the onset of a Second Great Depression. We face the impossible task of getting out from beneath $130 Trillion of debt and liabilities amassed by government at all levels. The nation is adrift under a weak president whose radical politics have sharply divided the voters. Iran and Turkey (a NATO member!) have declared war on Israel, sending warships to run the Gaza blockade. Europe’s financial house of cards is within months, or even weeks, of total collapse.  The jihadists may be turning the tide against U.S. and British forces in Afghanistan. 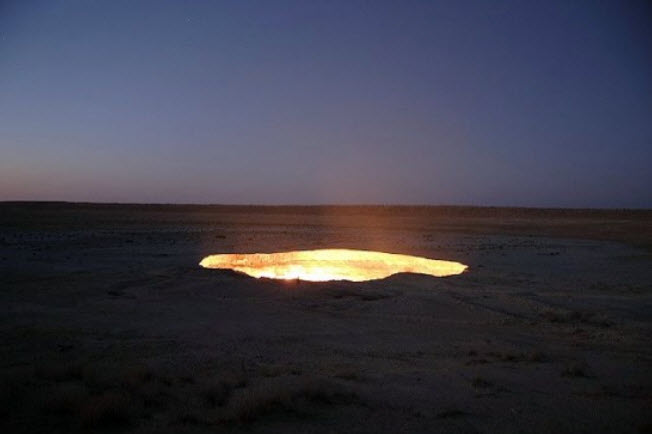 Unfortunately the list does not end there. For in fact, there is one crisis that greatly overshadows all of them:  the seabed irruption in the Gulf of Mexico. We won’t even pretend any longer that there is a market “angle” to this story.  In fact, the markets are a side show, and politics a droll burlesque, in comparison to the geophysical dreadnought taking shape in the Gulf.  Because it could eventually threaten all life on this planet, there may be no “investable issues” here.

The problem is no longer a leak or a spill, you see, but a volcanic gusher – one that appears to be defeating the efforts of the most capable petroleum engineers in the world. More and more, it is looking like a sci-fi disaster film with no hero and an unhappy ending. Even our supposed best hope for containing the gusher – a second well that would intersect and plug the leak by sometime in August – may be doomed to failure, since the well casing itself may be too damaged to seal off. But the scariest story currently making the rounds is that there are fissures springing up all over the seabed, and that if the weak bedrock that holds the oil gives way, it will release a quantity of hydrocarbons greater in volume than the Gulf itself.

Whenever we’ve tried to predict the “black swan” event that might eventually send the U.S. and global economies into deepest coma, we believed in our heart that, no matter what happened, everything would turn out all right.  The real estate market might collapse, taking our standard of living with it, but Americans would somehow get through hard times together and emerge better and stronger for it.  Even the prospect of a nuclear conflagration in the Middle East implied a beginning and an end — a radioactive half-life, as it were.

Who could have imagined that there was an even bigger disaster lurking — or that mere human error could trigger a cataclysm of seismological proportions?  Or will it be of Biblical proportions, with rivers and seas turned into wormwood?   Has BP tapped, not an oil well, but a hole into volcanic Hell?  While these questions are almost too frightening to contemplate, the answers may be staring us in the face within months or even weeks.  For the moment, though, it has become difficult to sort out fact from fiction.  Are clean-up workers getting sick from toxic hydrogen sulfide fumes? Is the Obama administration covering up the true magnitude of the crisis to avoid a panic?  Why are nearly all of the satellite photos of the spill on the Web a month old?  Can BP really handle a crisis whose costs may soon mount into the trillions?  Is the problem even solvable?