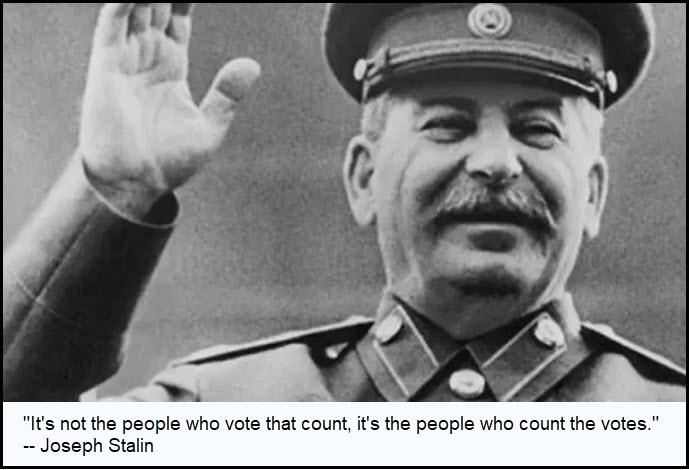 The acrid aroma of voter fraud has grown so strong that even Biden supporters must smell it. To them, however, it undoubtedly has a fragrance as sweet as lilacs in August. Unfortunately for America, no matter how deep, wide and ugly the scandal might become, it may not be enough to overturn the election result. The news media have demonstrated their ability to control the narrative so completely, and to snuff those who would challenge it so brutally, that it’s possible nothing short of a new election can change the outcome. That is not to say Trump’s all-out effort to prove widespread fraud is just so much tilting at windmills. In Wisconsin, for example, there is evidence of tampering so brazen that it recalls the days when the Kansas City mafia ran a wide swath of Las Vegas. They were skimming one casino’s profits so greedily that a New York capo stepped in to warn KC’s wiseguys to leave a little profit for the house. In Milwaukee, and conceivably many other places, Democrats seem to have departed recklessly from the don’s call for moderation when stealing, Here’s some damning analysis of the city’s vote from Jack Cashill of AmericanThinker.com:

“The most striking feature of the data is a fact that cries out for clarification: In seven wards, voter turnout appears to have exceeded [registrations by] 100 percent. In two of those wards, turnout exceeded 200 percent. In another 15 wards, voter turnout exceeded 95 percent. Joe Biden carried 21 of the 22 wards of the 95-plus-percent wards. But then again, he carried all but one of the 67 additional wards in which the turnout was above 90 percent and won 80 percent of the vote citywide. In 25 wards, Biden received 97 percent or more of the vote, none higher than 98 percent. Based on exit polls, it is highly likely that these were overwhelmingly black districts. No other demographic could produce those numbers.”

On the evidence so far, it would seem more than a little plausible that Biden’s miraculous come-from behind victory in five key states — states which Trump had been winning by large margins until ballot-counting mysteriously ceased in the dead of night — was attributable to precinct-by-precinct ballot-harvesting on a massive scale. Milwaukee’s mathematically impossible outcome buttresses the suspicion that a crucial number of unsolicited mail-in ballots were returned to polling stations in the wee hours, nearly all of them marked for Biden.

Will Trump’s sleuths and lawyers be able to prove this? Very probably, since circumstantial evidence of  fraud seems to be everywhere. There are even reports that, anticipating widespread fraud months ago when the Democrats went all-in on using mail-in ballots — the President set up a sting operation to monitor and capture election night cheating in real time.

But will even this be enough for the courts to award the election to Trump? Not necessarily. Remember, the Democrats control the news media almost as effectively as Stalin did. The dictator systematically murdered 30 million Russians, but it took a generation for the story to emerge (no thanks to the News York Times, which won a Pulitzer for the fawning reports on Stalin that their man-on-the-scene, Walter Durante, filed from Moscow).  Even if it is shown that the Democrats cheated on a wide scale, it may be expecting too much of the Supreme Court justices to think they could choose a president. They know full well that whatever they decide would risk setting the Republic ablaze.

Under the circumstances, perhaps only a do-over in key states, held under the very strictest conditions, can save America from self-destructing. Could the Democrats be goaded into settling the score once and for all if it would spare us bloodshed? Possibly not, considering that many of them evidently think the Republic was founded by racists and not worth saving. But if the courts award Trump a second term, the Dems would have a compelling reason to consider a new election. At that point Trump would have an opportunity to suggest something that everyone would surely recognize as good for America: hold a new election in order to settle things fairly and beyond dispute. If both sides are as confident about winning as they’ve been saying they are, the do-over would happen regardless of legal impediments.

In the meantime. Trumpers who watched blue-shirted revelers party in the streets over the weekend may have experienced a sense of foreboding, for they have good reason to doubt Biden will be able to improve on Trump’s handling of the economy. Despite the stock market’s spectacular rally since March, the gains are as stable as the hydrogen-filled Hindenburg. Investors seem worried that the Democrats’ far-left political agenda would end the bull market. My guess is that it will end before the inauguration if Biden/Harris are the ones taking the oath. From a political standpoint, the silver lining for America is that the Dems will be too busy trying to avert a Second Great Depression to have time to implement the Green New Deal, pack the Supreme Court, kill fracking, charter schools, the filibuster and all the rest.

Democrats will be blamed for the collapse not because of anything they’ve done, for indeed they will have done nothing at that point to have harmed the economy. But it will become inescapably clear that the optimism required to sustain moderate growth and keep the stock market from imploding was vested solely in Donald Trump. Replicating the bullish effects on the markets of his genuine feel-good message lies beyond the reach or even understanding of the Democrats.  If and when it comes, the collapse will be too widespread and too devastating for Trump supporters to take pleasure in it. We can only wish Biden good luck, because he’s going to need it.  Even luck won’t suffice if Biden’s first act as president is to tighten the lockdown, as many on both sides of the political divide expect. He all but promised that “his” vaccine will work better than any cure Trump is capable of delivering. Say what!? If Trump at times seemed boorish, it is with statements such as that that Biden bids fair to one-up him. ________ UPDATE (Nov 11, 3:53 p.m. ET): What a difference a day makes! My headline seems dated already, if not yet wholly irrelevant, following Pfizer’s remarkably timed announcement on Monday of a supposedly 90%-effective vaccine. This was a jack-boot kick in Trump’s face, and it was so brutal that if he weren’t such a tough old buzzard his head would be orbiting the earth right now. Trump may be no more than a week or two from becoming a fallen hero to 70 million Americans, but that will not soften Pfizer’s vicious blow. Reagan was the last president capable of parrying it with good-natured aikido, but Trump, face it, is no Reagan. Meanwhile, my usually reliable sources continue to insist the president will shortly produce ironclad evidence of massive cheating by the Democrats. The sources tell me he actually received 84 million votes and that this will be well documented. Here’s a video claiming with absolute confidence that Trump had a sting in place using blockchain technology to surreptitiously shadow the conventional vote-count. I would have to concede that if Trump did not take such elaborate safeguards after tweeting for months that he knew exactly how the Democrats would cheat, then perhaps he deserves to lose. On the other hand, it seems very much like him to have set this kind of trap. We’ll know soon enough.  But even if our worst suspicions about the election should prove true, we could discover that naked truth is no match for anti-Trump psychosis and the Deep State, especially in a society where decadence and corruption have become so deeply entrenched and widespread.