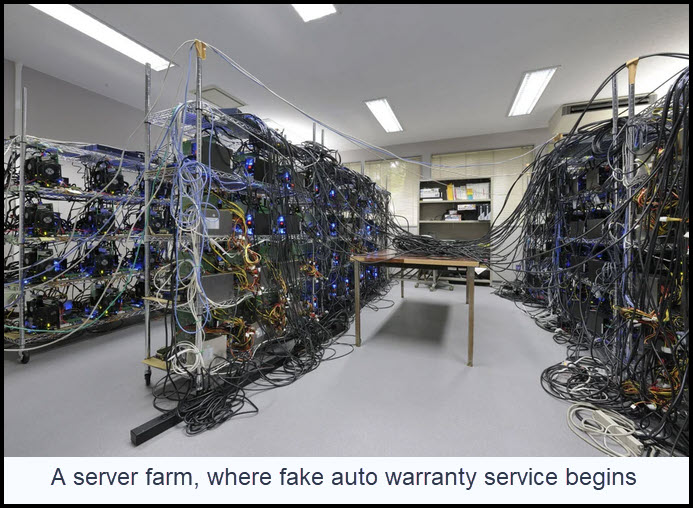 [Dear readers, I am taking a desperately needed break from telling you why a stock market crash is long overdue, and why Biden & Friends are finally going to make it happen.  Full disclosure: I have not read a newspaper or watched the news since November. RA ]

We’ve all grown so weary of spam callers pushing auto warranty coverage that voters would probably support the death penalty for the slimebags responsible for these calls. The recorded voice says “This is your final notice. The factory warranty on your vehicle is about to expire,” or some such. I get about ten of these calls a week, and although they used to spoof Colorado phone numbers because I lived there for 20 years, lately the calls have been coming from all over the U.S.

How We All Pay

Do we dare take encouragement from reports that Sen. Charles Schumer has been receiving these calls like the rest of us, and that he is so pissed off that he has vowed to do something about it?  “Not only are these calls a nuisance,” he told the New York Times, “they also tie up land lines and can eat up a user’s cell phone minutes, possibly leading to a higher cell phone bill due to overage charges.”

Schumer, arguably the most powerful member of the U.S. Senate, has called for a federal investigation into “robo-dialer harassment.” He’s even gotten headlines with a call to war: Schumer Urges Inquiry of Companies Behind Bogus Auto Warranty Calls announced the Times. Sounds promising, right? Wrong. The headline is actually from 2009 (!!), and you can judge for yourself how much progress the Senate majority leader and his colleagues have made ridding us of the auto warranty plague. Sadly, a Google search would seem to suggest that 2009 was the last time any of the do-nothing reprobates on Capitol Hill were fired up enough about auto warranty fraud to make a stink about it.

The warranties actually exist, by the way, but there are few known instances of a customer having gotten good value for his money. More often, claims are denied for contractual reasons divulged in microscopic print. Even so, voluminous complaints lodged with the Better Business Bureau seem not to have discouraged the motorist driving a 20-year-old heap from believing that some sleazy peddler of service agreements will pay to replace his transmission with 240,000 miles on it.

If we can put a man on the moon, you might ask, then why can’t we put a piece of human crud who operates a server farm in Kazakhstan in jail for clobbering America each day with scores of millions of these calls? Unlike the alleged “war on poverty,” this is a war we can win. It’s not as though Schumer’s best and brightest couldn’t find the guy, try him and string him up by his thumbs if the effort had the wholehearted backing of the U.S. Senate. Hey, Chuck: Call me!  I know some sleuths who can get the job done. It’s a great opportunity to raise Congress’s approval rating from the disgraceful mid-teens into the merely shabby low thirties.