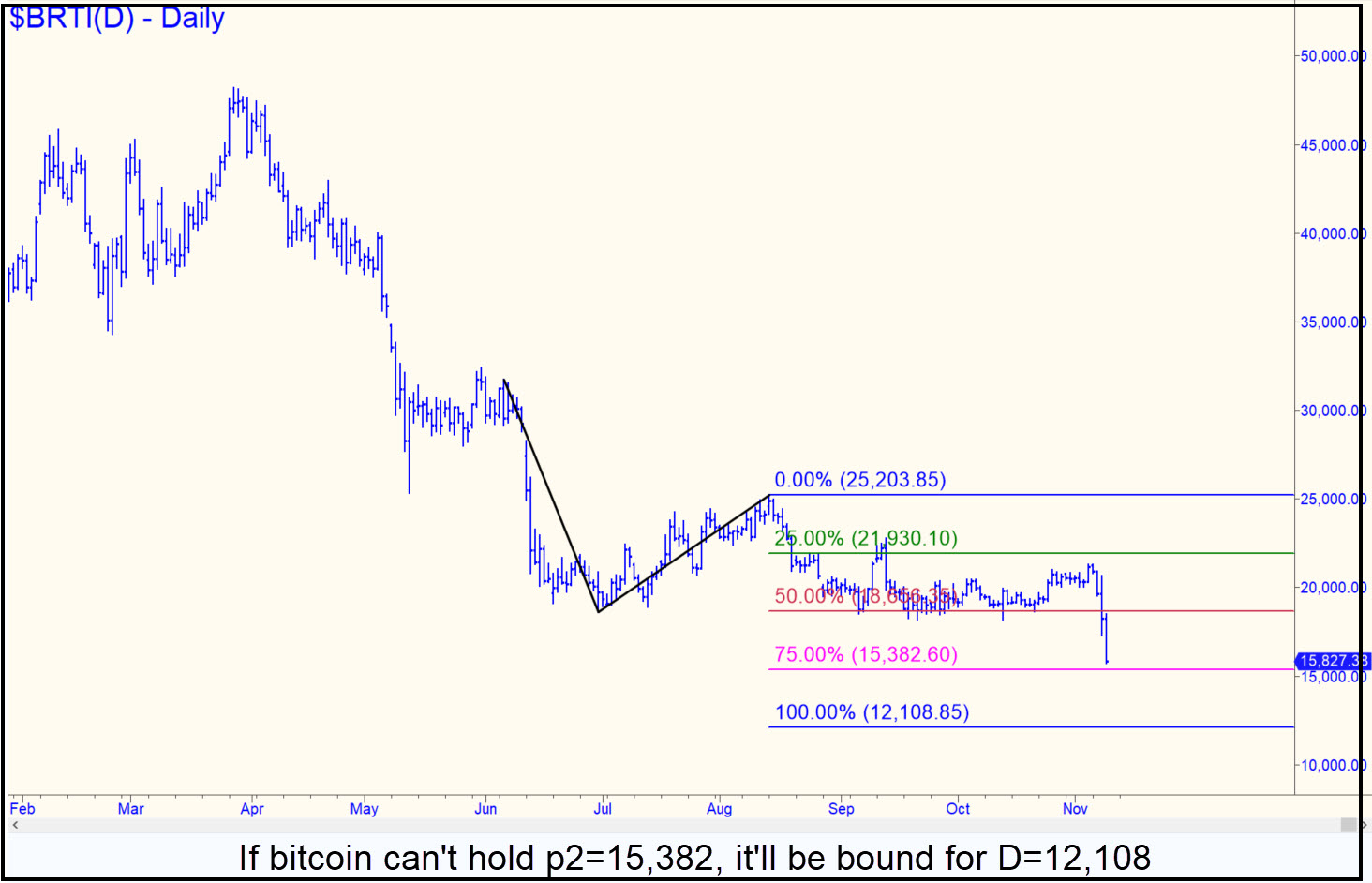 I discontinued coverage of bitcoin a while back because its slow death had become too boring to watch. The grim reaper picked up the pace this week, however, spooking this bitcoin proxy into its biggest two-day plunge since June. If Bertie finds no support at the secondary pivot (p2=15,382), you can assume it’s headed down to the ‘D’ target of the pattern, 12,108. The ABCD here looks too obvious to deliver bounces precisely from those two Hidden Pivot supports, but don’t be surprised if the chimps who control it try to engineer a last-ditch reversal from midway between p2 and D. They’ve been overdoing the same oh-so-clever trick to death in many trading vehicles, methodically avoiding heavily trafficked Fibonacci levels. That is why you should look for the turn near 13,745 if p2 is breached decisively. That would not negate an eventual move down to D=12,108, only delay its coming. _______ UPDATE (Nov 10, 6:52 p.m.): Bertie has bounced tentatively from within 1.4% of the ‘secondary pivot’ at 15,382 noted above. The rally would need to surpass the September 13 peak at 22,761 to suggest it’s capable of closing decisively above the psychologically important 25,000 mark. ______ UPDATE (Nov 25): Bitcoin bag holders know they’re in over their heads, and that’s why they have been waiting with increasing desperation for an opportunity to goose this cinder block into a nasty short-squeeze. So far, though, even when the stock market has spasmed into one of its doomed flights of fancy, the cryptos have disappointed. Too many investors want out, including even major-leaguers who continue to talk their book. The only thing they’ve got going for them at the moment is a stubborn Hidden Pivot support at 15362 that has supported three weak bounces since first being nearly touched on November 9.