Should They Risk Missing a Payment?

You can see the fine hand of government at work in the homeowner rescue package that has been struggling to get off the ground since its inception last spring. The goal was to  reduce foreclosures by lowering mortgage payments for homeowners who were struggling.  But struggling how badly? For would-be lenders, that can be a tricky question to answer, and they are understandably reluctant to commit to the program without clear guidelines from the federal government. As it stands, some homeowners are being told they cannot receive help unless they fall behind on their payments.  But if you were struggling yourself to stay on track, would you take the risk of skipping a payment or two just to qualify? 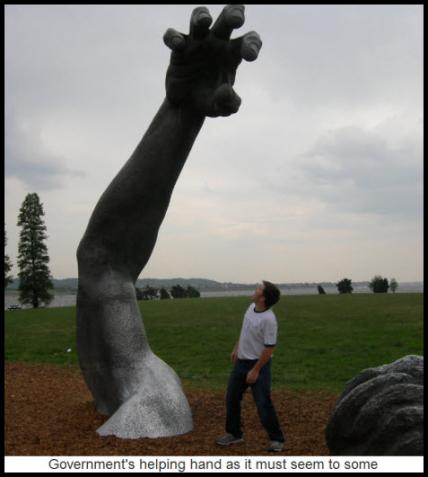 That’s the dilemma facing millions of homeowners, and one we anticipated a while back in the Rick’s Picks chat room. When the program was announced, we suggested half-facetiously that subscribers start omitting mortgage payments now and then in order to secure a seat on the gravy train. It was not entirely in jest that we broached the idea, since that’s the way government programs work, favoring basket cases over those who are managing to scrape by on their own, however precariously. Now, it would appear, the merely beleaguered are being advised to look more like basket cases by skipping payments.

As for the three or four million homeowners who supposedly will be helped by the program, so far only about 200,000 reportedly have benefitted. We shudder to imagine what it will take to bring the others on board, since the waste and corruption associated with any government relief program seem to grow exponentially as “clients” are added.  In the meantime, if you think you might have problems paying your own mortgage in the future, you might want to apply now, since you could face lengthy delays in getting approved. In fact, the delays are already so long that borrowers who are current when they ask for loan modifications are delinquent by the time they receive them.

(If you’d like to have Rick’s Picks commentary delivered free each day to your e-mail box, click here. )