Why Does Gold Get No Respect?

(The following is the second part of a series of articles by Chuck Cohen, one of the smartest investors we know. After the series concludes on Monday with “Gold as Insurance,” Chuck will be contributing to Rick’s Picks on a regular basis, focusing in particular on opportunities in junior gold stocks. RA)

Even after the recent rally, the stock market is still down about 35% since 2000, while the price of gold has risen almost 400%.  It seems logical, at least to me, to expect investors to have become a little intrigued towards gold. But strangely, that hasn’t been the case. Inexplicably, the long-term view towards stocks remains remarkably upbeat, as though the alarming problems of the past two years have vanished. Just look up the very recent Barron’s “Big Money Poll,” or read the comments of the same economists who never foresaw even a recession coming down the pike. 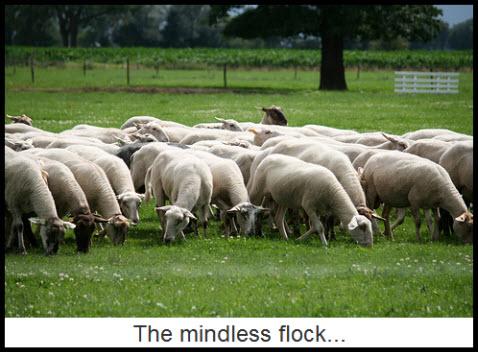 Conversely, few people have yet to acquire gold in any form–bars, coins or mining shares. Gold in most people’s eyes is considered overpriced, dangerously volatile and perhaps even in a bubble — in short, too risky and too late to get into.  To try to prove that gold is still a poor, unwanted orphan, I am inaugurating a series of articles on gold in Rick’s Picks by posing a few questions, below. If you consider yourself a contrarian, you are especially likely to view gold as hidden from view and therefore very bullish. Speaking personally, and given the history of financial markets, I expect gold to rise until it culminates in the most spectacular run in the history of markets.

Friends and Family: How many people do you know personally who own gold or gold mining shares? Have any of them called you to buy gold as they most likely had, to buy tech stocks in the late 1990s? Also, how many of them do you know that didn’t buy or refinance a home?

Financial Advisors and Institutions: Why do so few people or institutions own or even recommend gold in any form? If you have a broker or adviser, you probably know what I mean. If you mentioned gold to your broker, what was his reaction? Was it supportive or negative? Also, if you own a mutual fund check out how much of their assets are invested in gold shares.

The Financial Media: Most investors form their opinions from the coverage and advice given in the financial media. But why is it that so few of the regulars on CNBC or Bloomberg talk favorably about gold? In fact, when is the last time you heard Jim Sinclair or Jim Puplava, two of the staunchest and most articulate gold advocates, interviewed on CNBC?

European and U.S. Governments: This includes our illustrious congressmen and senators. Why is the West so opposed to the role of gold? Why do they always seem to wish only to sell it? Ironically, the actual recent bottom in gold in 1999 was nailed almost to the penny by the current Prime Minister of Great Britain, but then Exchequer, Gordon Brown. Through his shrewd sale Great Britain summarily liquidated its entire gold reserves. What is amazing is that even very recently, Mr. Brown, unrepentantly, is still pressuring the IMF to sell its gold.

At the same time, why are the fastest growing nations, all to the east — Russia, China, India and the Middle East oil nations, all very favorable towards gold? Consider this: If the anti-gold, Western nations are faltering and selling their gold while the pro-gold countries are accumulating reserves and buying gold, what should be the logical future effect on its price?

The Cash-for-Gold Phenomenon: After 8 years of a rising gold price, isn’t it reasonable that the media would be saturated with appeals to get in the action. After all, that’s what happened during the tech mania in the late 1990s, and then later during the housing bubble. I can recall seeing whole real estate sections in the newspapers. But when the word “gold” is heard, it is usually an appeal to sell your unwanted gold for “cash” or paper. Have you noticed how many “We buy gold!” signs you see. This is very strange.

Those Pesky “Gold Bugs”: Why are gold enthusiasts called “bugs”?  Have you ever heard of a dot-com bug, or a bailout bug?

John Paulson, arguably the world’s most successful investor (sorry Warren): After betting large against the banking sector and winning really big (up almost 600% in 2008), why has he now placed over 50% of his funds in gold and gold mining shares? Is it likely he will suddenly be totally wrong?

I hope you can see that attitudes toward gold are strangely different from those that govern more traditional investments. Since one of the attributes of the metal is that it serves as a guard dog against the unrestrained creation of credit, gold will remain an implacable enemy of the financial community and politicians. Soon, in future columns, I will try to get into this unspoken war and elaborate on some of the above topics in greater detail. To contact Chuck, click here.  If you’d like to have Rick’s Picks commentary delivered free each day to your e-mail box, click here.)   Monday: Gold as Insurance