Why Most Investors Fall Short

(The following commentary was written by Chuck Cohen, one of the smartest investors we know. After this three-part series ends on Monday, Chuck will be contributing to Rick’s Picks on a regular basis, focusing in particular on opportunities in junior gold stocks. RA)

When choosing a home, a car or even a vacation, most of us will research and reflect for weeks.  We will gather material, discuss it with our friends and family, and eventually come to an informed decision. But when it comes to our finances we can be strangely nonchalant and careless.  Instead of applying the same thorough diligence to investments, we tend either to passively follow the opinions of the mainstream media or hand over our money to a mutual fund manager whose outlook may be just like the media’s. During a major bull market, such as the one we had from 1982 to 2000, this might not be a concern.  A rising tide carries out all boats. But at a major turning point it becomes very costly, not just because our stocks might go down sharply, but also because we aren’t set to take advantage of the next great opportunity. 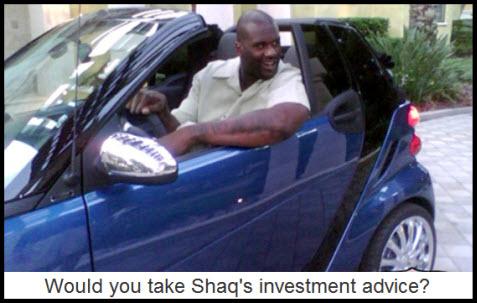 Looking back from our current perch we now know that few of the public media voices foresaw or warned of the dangers that were about to hammer the financial markets. Since most remain resolutely upbeat today, it’s probable that they won’t anticipate any unexpected new jolts. In spite of the spectacular stock boom of the 1990s and the housing mania of the 2000s, our once great nation is now in dire shape.  I believe that the next shock will slam into an already weakened and fragile structure, and the damage will be incalculable to those who are not prepared for it.

This is my first article for Rick. My hope is that over time we might see why we tend to make bad decisions, both in selection and in timing, and how, by changing this understanding, we can become wise investors and traders. Getting back to the individual investors.

Late to the Party, and Late to Leave

Stock market history reveals that most investors were wrongly positioned for change. In late 1929 the market appeared invulnerable. Euphoria was everywhere. But then came the collapse and with it the Great Depression. Once again, right after the Second World War, the prevalent expectation was a recession or even another depression. The common wisdom was to play it safe by staying in bonds — just as stocks were about to launch upward for almost 20 years.

After almost 16 years of a terrible stock market, in 1982 the prevalent stock market advice was that it would never go anywhere. At the bottom, for almost two years, the average bullish sentiment hovered around 15%. But as it usually does, the market did its own thing, broke through the seemingly impenetrable 1000 barrier, eventually topping at 11000 within 18 years. By then, there were those who didn’t know a balance sheet from the Daily Racing Form who were dishing out stock market tips. Do you remember reading the market advice of Jose Canseco and Shaquille O’Neal?

Today, we have access to an almost unlimited supply of information and charts, and yet most investors still tend to come to the wrong decisions, especially when it comes to timing. I believe there are definite reasons why this happens and why we are slow to adjust to impending changes. The key to doing well in stocks is to be positioned in the correct up cycle and to be out of one that is heading down. One proven maxim regarding the stock market is that you are usually better off owning the worst stocks in the best group than the best stocks in a bad group.

The veteran stock market observer, Richard Russell has repeatedly pointed out, “The stock market will do whatever it can to take away your money.” Over time, few really succeed. The stock market is stacked against you and your emotional makeup, and just when you think you have it mastered, it will rob you. And you thought it was just the casinos and the racetracks that do this.  Tomorrow:  The Bias Against Gold