Demand for Silver Can Only Grow

Our friend and colleague Sean Rakhimov, editor of SilverStrategies.com, is an astute observer of the silver scene, as well as a charter graduate of the Hidden Pivot Course. In the essay below, Sean explores some of the reasons why silver will be increasingly in demand in the years to come, especially by sovereign and institutional buyers.

He writes as follows:

Over the last several months, we have been pondering if governments will come into the silver market. Before we get into that, it is important to note that governments are very different animals and that there are over two hundred of them out there. Therefore, it is a very liberal generalization to lump them all together as if their needs, objectives and agendas were the same.  Expecting them all to act in the same fashion for the same reasons is a big stretch. That said, it’s the stigma, the psychological effect, the sentiment and the message it would send to markets that prompts us to group them together in investors’ minds as a market force. 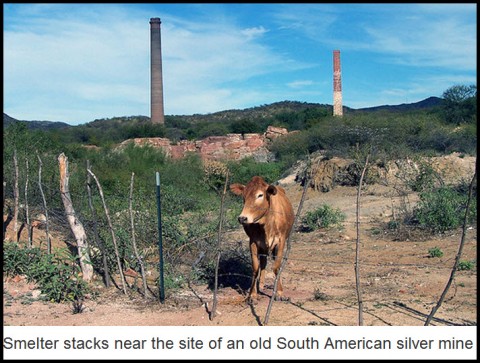 This same topic has been argued in the gold space for several years and now it has come to pass that central banks worldwide have thrown in the towel and became net buyers of gold. Should it be different for silver? By the way, did you notice, how silver silently became mainstream again, and more and more headlines now read “Gold and Silver…” whereas only a couple of years ago silver was nowhere in sight of anyone except the dreaded silver bugs.

Much has been made about “manipulation” in gold and, particularly of late, in the silver market. Scores of articles have been written on the subject, and things got as far Washington , D.C., where the CFTC held hearings on the subject. We don’t subscribe to the theory — or, more precisely, we don’t share the conspiracy context of it. After all, few seem to care about governments’ involvement in industry, the stock market, the banking system, housing, etc. All of that is being done openly and has been for decades, albeit on a grander scale lately. So why is it a big deal in the silver market?

We prefer the term “managed.” Markets are managed, as are currencies. Silver (as gold) happens to be money, so if all other “monies” are managed, why not silver? It would be naive to expect anything different. If something is important to your livelihood, chances are you’re going to pay attention to it. Well, we are here to tell you that silver is important to governments, has always been, and is about to become very important. Government did not decide that silver is money. People – i.e., you and your ancestors — did. So why is it a revelation that governments would be involved in the silver market? Didn’t you appoint them to manage the monetary system? We’re not saying whether it’s good or bad; it just is.

If you are interested in silver at all, you probably know that it is slighted for being an industrial metal, a “mere” commodity like —you guessed it: pork bellies! Others, more generous in their assessment, will tell you that it’s both an industrial and a monetary metal, usually in that order. We touched on silver’s monetary role. Here is short list of what else it is:

A number of governments around the word mint silver (and gold) coins. That list has been growing in the last decade, both in the number of governments following suit and the number of different types of coins offered. One may view this as a move by governments to jump on the bandwagon in an attempt to cash in on the premiums they charge (although some don’t).  Whatver the case, large stockpiles of government-held silver have been depleted and, for the most part, governments don’t mine silver. If they want to continue their silver coin programs, they’ll have to buy it somewhere. And if you are like the Chinese government, which has been encouraging its people to buy silver coins, you had better have some for sale.

Why have central banks from China to Mauritius been buying gold in recent months and years? Not to help your mining shares. You decided that currencies were not doing their job and the central banks concurred. We predict that the same thing will happen in silver. It may not be the central banks doing the buying: It could be sovereign funds, state-owned or -controlled companies, government-backed agencies/institutions, etcetera. The flavor of the entity and the form such buying may take will differ from country to country; however, the essence will remain the same.

Priced Out of Gold

To summarize: Governments have historically been very active in silver, especially when it was used in day-to-day coinage. It’s a monetary metal nevertheless, so one has to assume governments are interested in it. They are minting coins, and the demand is getting greater every year with no signs of decline any time soon, particularly against the backdrop of currency issues. They don’t mine any. There are a whole host of issues bearing down on us that governments will have to contend with.  If you have a lot of oil, securing silver may not be a problem; but if your economy relies on, say, tourism, you’re going to have to scramble to obtain silver. And we haven’t even discussed the wild world of currencies, which seems like to lose credibility sooner rather than later. And while individuals are subject to using currencies, at some point international trade will have to be settled in something tangible.

Last but not least is protectionism, aka trade wars, of which today’s currency wars are the opening round. More protectionim is virtually inevitable, and governments will step up and stand behind their companies and industries to help secure supplies of strategic metals, be it for economic, military or other reasons. We also refer you to an article on resource nationalization which is yet to play out in a domino effect fashion in the latter part of this cycle.