Dissent Will Survive Fallout from Arizona

We’ve shied away from the Arizona shooting because we didn’t want to open a can of worms in the Rick’s Picks forum.  However, because the tragic rampage at a Tucson political gathering has completely dominated the news since Saturday, when it occurred, and because the shockwaves are likely to reverberate for weeks, months or even years, we’ll say a few words and leave it at that. We were initially surprised that a news story about a nut with a gun who murders six people at a political forum and seriously injures 14 others could take flight the way this story has. With all the fatal shootings that have occurred in recent years — in schools and office buildings, at social gatherings, religious enclaves, Army bases, post offices, college campuses and elsewhere– we’d have thought Americans had grown inured to news of yet another murderous spree. 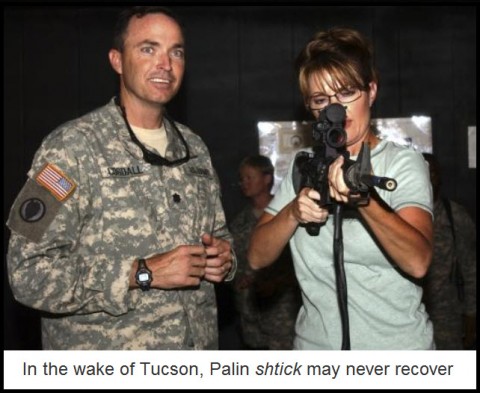 What’s different about this spree, apparently, is that its purpose, if indeed there was one, has been conflated with the angry political mood over President Obama’s attempt to radically remake the nation’s health care system. One might have thought the political furies had spent themselves when Obamacare slashed and burned its way through Congress last year in search of votes. But with mounting threats to dismantle the legislation piece-by-piece starting to gel, perhaps it was inevitable that those who have supported Obamacare all along would unleash a new round of salvos at those who would deign to challenge it.  In fact,  the barrage they’ve launched is more like an A-bomb in that it would risk damaging the entire social and legal infrastructure of free speech in order to silence Obamacare’s most strident critics.

One of them, as we know, is Sarah Palin, and it is upon her that the political left has trained its most lethal fire.  Before the shooting, she was merely the most visible leader of citizens angered by the radical politics of the Obama presidency; now, she is being demonized as the leader of a lynch mob – or at the very least, the inspiration and guiding light of a deranged college student-turned-assassin. Although we doubt that the left will succeed in stifling political dissent sufficiently to shield Obamacare, they may already have succeeded in ending Palin’s political career. If she responds with her characteristic take-no-prisoners feistiness, she will sound like a redneck; but if she tries the Zen approach, she will lose her political voice. Palin’s ability to galvanize crowds may have been lost forever, and with it her shot at the Presidency. The irony is that no few Republicans, including some who are as conservative as Palin, will be relieved to see her out of the 2012 race.