A Gloomy Richebacher Was Prescient in 1999

[Dr. Kurt Richebächer was one of the most visible and vocal proponents of Austrian School economics at the time of his death in 2007.  Eight years earlier, at the height of the dot-com bubble, we interviewed him for the Sunday San Francisco Examiner.  In retrospect, the economic problems that he believed threatened the global economy were small and relatively manageable back then. The same problems are of course still with us, and Richebächer undoubtedly would be appalled by the extent to which they have metastasized.

Although he spoke of a deflationary collapse in the interview, a close reading of his monthly newsletter from 1997-2002 reveals that he was conflicted on the subject. He used the word “deflation” only rarely during that period, and when he did, his logic became uncharacteristically muddy. Perhaps this is because, in the Austrian scheme of things, spectacular credit blowouts are not supposed to beget deflation, but rather, inflation. Arguably, if he were around today, he would still be uncertain as to which is likely to prevail when the economy finally collapses, as it must.  The interview below appeared in November 1999 under the flippant headline — not my work, for sure — “Economic Basics Predict Apocalypse”.  RA]

The dismal science will never be the same if Dr. Kurt Richebächer’s dire predictions for the global economy should come to pass. The former chief economist and managing partner at Germany’s Dresdner Bank says a deflationary collapse lies ahead that will ravage the world’s bourses and usher in a dark period of austerity and financial discipline.

Probably not one economist in 50 shares his views, at least not publicly. Richebächer, now living in France, says many of his American colleagues have been seduced into ignorance and complicity by Wall Street’s billions as well as by their love affair with mathematical models that shun fundamental laws of economics. Where they see a New Era of productivity growth and industrial efficiency, he sees duplicitous bookkeeping and manufacturing’s steep decline. They talk of a booming U.S. economy; he sees a profitless mirage. They worship capitalism’s bold risk-takers; he scorns them for recklessly piling leverage to the sky. Someone’s going to be wrong, but judge for yourself who. 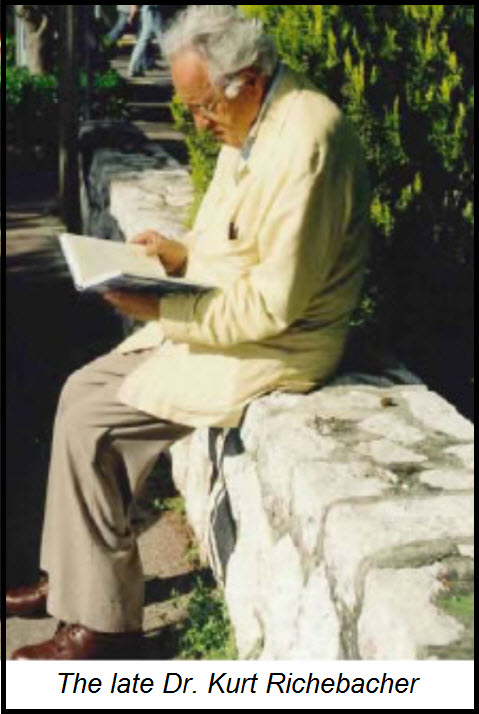 Like the theories of Copernicus 500 years ago, Dr. Richebächer’s logic strikes one as no less sound and compelling than the Polish scientist’s once-heretical notion that the earth revolves around the sun. Richebächer asserts that the U.S. investment boom in computers borders on statistical hoax. It began in 1995 with the government’s implementation of a “hedonic” price index designed to capture both the falling prices and the rapid rise of computational power of each new computer. This is akin to measuring GM’s auto sales by tallying the horsepower of all the engines in its cars, says Richebächer. Applied to the computer business, it has exaggerated investment levels exponentially. For example, during the 12-month period ended March 31 the business sector increased its net investment in computers from $91.8 billion to $97.2 billion, accounting for a paltry 1.3 percent of nominal GDP growth. But when government statisticians multiply that $5.4 billion increase by their hedonic supercharger, the figure swells to $146 billion.

This has worked wonders on America’s bottom line, boosting the computer sector’s nominal 1.3 percent contribution toward GDP growth for the period to 49 percent, and the 4 percent contribution for the years 1996-1998 to 38 percent. For the first half of 1999, the effect has been even more pronounced, giving the computer industry a whopping 93 percent share of GDP growth. Remove the computer industry from the ledger, however, and the vastly larger rest of the economy had actual growth of just 2.5 percent during the three-year period vs. a reported 4 percent. Meanwhile, last year’s expansion would have been a middling 2 percent, and the uptick in productivity that has recently cheered economists would fade to insignificance.

The obvious question is, how could the computer industry, with barely more than 1 percent of the total workforce and plunging product prices, be responsible for what most economists read as a dramatic improvement in America’s standard of living? The answer is that it could not. And has not. Hedonic accounting makes the computer sector look like an economic hero, but any statistically significant improvement in our standard of living would necessarily have to come from the spreading use of computers across the entire economy.

Computers are indeed everywhere, but evidence that they have substantially boosted U.S. productivity remains elusive to say the least, says Richebächer. In this assertion he has corroborating testimony from no less an authority than Fed Chairman Alan Greenspan. In a 1997 speech in Frankfurt, Germany, Greenspan acknowledged that a straightforward interpretation of certain service-economy data suggests that productivity output per man hour has actually been falling for more than two decades. Greenspan called this implausible, offering the explanation that prices may have been mismeasured. But whatever the reason for the anomaly, the Fed chairman is obviously at pains to convince us that he and his staff of Ph.D.s truly understand how to measure productivity accurately.

If productivity growth in recent years has been largely illusory, the spectacular expansion of credit during that same time has been all too real, warns Richebächer (pronounced REEK-a-beh-kur). It didn’t happen by accident. The economist says the Fed started the real orgy last fall with a series of rate cuts intended to shore up some hedge funds that had gotten in way over their heads by amassing huge positions in leveraged credit instruments. The Fed’s massive gift to debtors quickly found its way into the mortgage markets, where homeowners ran up new borrowings in 1998 to more than $1.5 trillion, nearly two-thirds of it in refinancings.

The hot money spread like lava into the financial system. Fannie Mae and Freddie Mac, quasi-governmental agencies which buy up mortgage loans, expanded their balance sheets four times as quickly as they had the previous year, with $220 billion of growth vs. $61 billion in 1997. This put an estimated $15,000 into the pocket of each re-fi customer, kicking off a spending binge that pumped housing and stock prices to record heights. It also created a financial bubble whose collapse Richebächer says we will eventually have to reckon with. He says the four classic elements of a bubble are all present and most obvious: 1) money and credit have been expanding vastly in excess of both savings and GDP growth; 2) inflationary pressures are being channeled toward, and concentrated in, asset prices; 3) low inflation has kept monetary policy too loose; 4) soaring asset prices have overstimulated domestic borrowing and spending.

The Richebächer Letter, published by Baltimore-based Agora Publishing, circulates widely among top-level financial decision-makers, probably because it is so good at poking holes in the prevailing wisdom. What has he been saying lately? Just this: Profit performance in the U.S. economy has been appalling during the stock market’s steep rise of the last several years, but accounting gimmicks designed to please Wall Street have masked the weakness. Compared to a year ago, profits per share on the S&P 500 have declined from $39.72 to $37.71, and on the Industrial Index from $42.13 to $38.37. Over that time, as all investors know, share prices on the 500 have risen spectacularly.

Some other points noted by Richebächer:

Richebächer, who counts former Fed Chairman Paul Volcker among his close friends, says U.S. economists of the 1960s would more readily have recognized these problems and acted stridently to counteract them. Public discussion was still influenced back then by staid economists who represented the banks and who knew their theory. The current crop, however, is “really a part of Wall Street’s sales force to sell shares,” he says.

In contrast with European economists, their theoretical thinking is “not too deep,” notes Richebächer, and in recent years has been completely eclipsed by mathematical models that fail miserably in reckoning with the crucial variable of human behavior.

The current level of thinking is “unbelievable,” he says. “How can you simply overlook a negative savings rate and mountainous trade deficit” in saying the economy is healthy and robust? “There is almost no one left in America to pose critical questions about economic fundamentals,” he laments. Meanwhile, “the only miracle about the American economy is the consumer’s amazing propensity to borrow,” a fact which Richebächer says has delayed a day of reckoning.

Even if there were someone raising such questions, would anyone be listening?