Yellow Flag Out for Stock and Gold Bulls

We’re not keen on market alerts, dear readers, because you probably have far too many of them to sift through already, each with a different and sometimes deliberately outrageous point of view. Even so, we should like to caution you that recent, coincident tops in Comex Gold and the S&P 500 are best not ignored. Although we remain bullish on both of these vehicles, you can infer that the yellow flag is out. This means that bullion and the broad indexes will be receiving more scrutiny than usual in the days and weeks ahead, so that Rick’s Picks subscribers will be better prepared to dodge the avalanche that is increasingly a possibility. Our specific predictions, disseminated to subscribers in the form of daily “Trading Touts,” had called for a shortable top at 1316.75 in the E-Mini S&P, and at 1681.50 in Comex March Gold. In the actual event, the recent high in Gold occurred at 1681.80, three ticks from our target; and in the E-Mini at 1318.25, six ticks from our target. 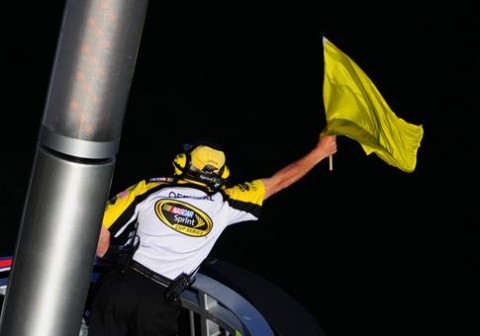 These targets were derived from our proprietary Hidden Pivot Method, and although they are intended for traders, they can also be quite useful for purposes of forecasting. In this case, if the E-Mini S&P were to rip through the recent high within the next day or two, it would imply that bulls have the power to drive stocks significantly higher. Any sign of this would shift our attention toward a 13085 Hidden Pivot target identified earlier for the Dow Industrials. That’s 409 points above current levels – a good week on Wall Street, although it could take a bit longer, or even abort, if Europe’s financial problems return to prominence in the news.

Why “abort”? For starters, euroheadlines such as yesterday’s – that Greece and its lenders are having more trouble coming to terms than had been expected – tend to weaken the euro. That drives always-crazed “investors” into U.S. Treasurys and the dollar, sapping the flow of dollars into shares. This dynamic is usually referred to by the news media as a “flight to quality,” but as we’ve explained here many times, it is actually caused by a bunch of money managers so absolutely witless they would have had trouble qualifying for CETA jobs. They operate under the assumption that if the global money system were to collapse, the euro would unravel first. Rick’s Picks thinks this will indeed prove to be the case, but not in the way that the benighted, miserably clueless money managers might imagine.  In our scenario, those who have fled to the supposed safety of dollars will have a grace period of perhaps an hour or two before their “safe haven” collapses like all the others. We shun predictions about what gold and silver will do on that day, although it seems like a no-brainer to assume that they will fare much better than T-bonds, stocks, or most other types of investable assets. We do not include currencies on our list of  endangered assets because we remain firmly convinced that currencies, fundamentally worthless though they be, will continue to circulate and have great utility during and after the extended  bank holiday that is surely coming.