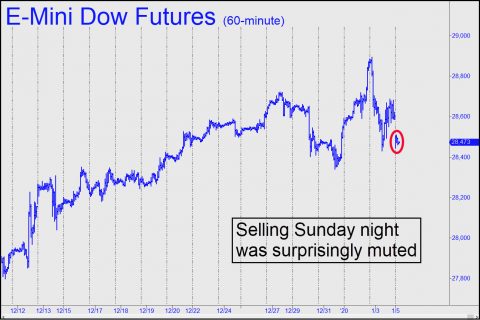 Critics of the air strike last week that took out Iran’s top general stopped just short of saying he deserved better.  Even the partisan hacks at CNN and MSNBC dared not push too hard against official reports that Iran was planning to step up attacks on U.S. military bases and diplomatic outposts.  The Democrats’ main concern is that Soleimani’s assassination could lead to war — or to restate this more accurately, to an escalation of a war that has been simmering since the days of Jimmy Carter. The pollsters as always will be looking in all of the wrong places for signs that Pelosi, Schumer and the Somalian wing of Congress are right, that we should live in dread of retaliation rather than celebrate the death of a man who exported jihad to the world and who was singularly responsible for the death or dismemberment of many hundreds of U.S. soldiers. Could anyone, even Trump’s most vehement foes, actually believe Soleimani’s thirst for American blood and his ability to inspire murder and mayhem in the name of Islam were at an end? Why would so successful an evildoer not have been planning more attacks?  The President was right to order his execution, and arguments to the contrary seem unlikely to gain traction with the American public.

That won’t stop the news media from trying, though, and we can expect them to treat the Ayatollah’s threats with the utmost deference. But as fears begin to recede, with the possibility that Iran is revealed not only as powerless but mortally vulnerable to stepped-up U.S. reprisals, look for business to return to normal.  What an epiphany that would be for those who have regarded America as the bully in the relationship between the two countries! How will we know when anxieties have begun to ebb? Just follow the stock market, not the pollsters or the headlines.  The bull market has been shrugging off threats for more than a decade, defying logic and sometimes even good sense. For better or worse, it fears nothing: not a global trade war, not falling corporate profits, not impeachment, nor even the possibility of a loony socialist in the White House. Yes, stocks would surely implode if investors sensed Elizabeth Warren or Bernie Sanders was likely to win. But odds of that are so remote at the moment that it’s not even a faint concern on Wall Street. To the contrary, Trump’s seeming invincibility — never mind how he polls — has been a source of strength for the market, and the effect will only increase when the drummed-up controversy over the drone strike begins to subside.

To be sure, stocks are getting hit Sunday night ahead of a likely test of Friday’s lows. But the selling has been subdued so far and the lows are holding. This suggests that bargain hunters outnumber panic-stricken sellers at the moment. That could change if Iran strikes back in some sensational way.  But if they haven’t done so by February 2, when Superbowl 54 is scheduled to be played, the worry warts had better stand aside for more bull-mania.  Yes, it will seem crazy if shares forge blithely higher bearing the weight of yet another geopolitical anvil. But they’ve done so innumerable times in the past, and we therefore should not be surprised if the damn-the-torpedoes attitude prevails for yet a while longer. _______ UPDATE (January 6, 5:03 p.m.): I searched in vain this morning for a way to get short in the E-Mini S&Ps with risk under tight control. I threw in the towel around mid-day when a series of ratcheting tops and shallow pullbacks convinced me there were too many bears picking tops every inch of the way. Until then, my reasoning was that stocks had already done enough since stabilizing on Friday to demonstrate that when there’s money to be made and stocks to pump up, Wall Street couldn’t care less about threats from Iran. That was the subtext of the commentary above, and today’s price action only makes me even more certain that bull-mania is alive and “well” (if such a term can be applied to a stock market inflated by greed, folly and grandiosity). Even so, expect a nasty swoon shortly when the last bear has been impaled by an exhaustion spike.