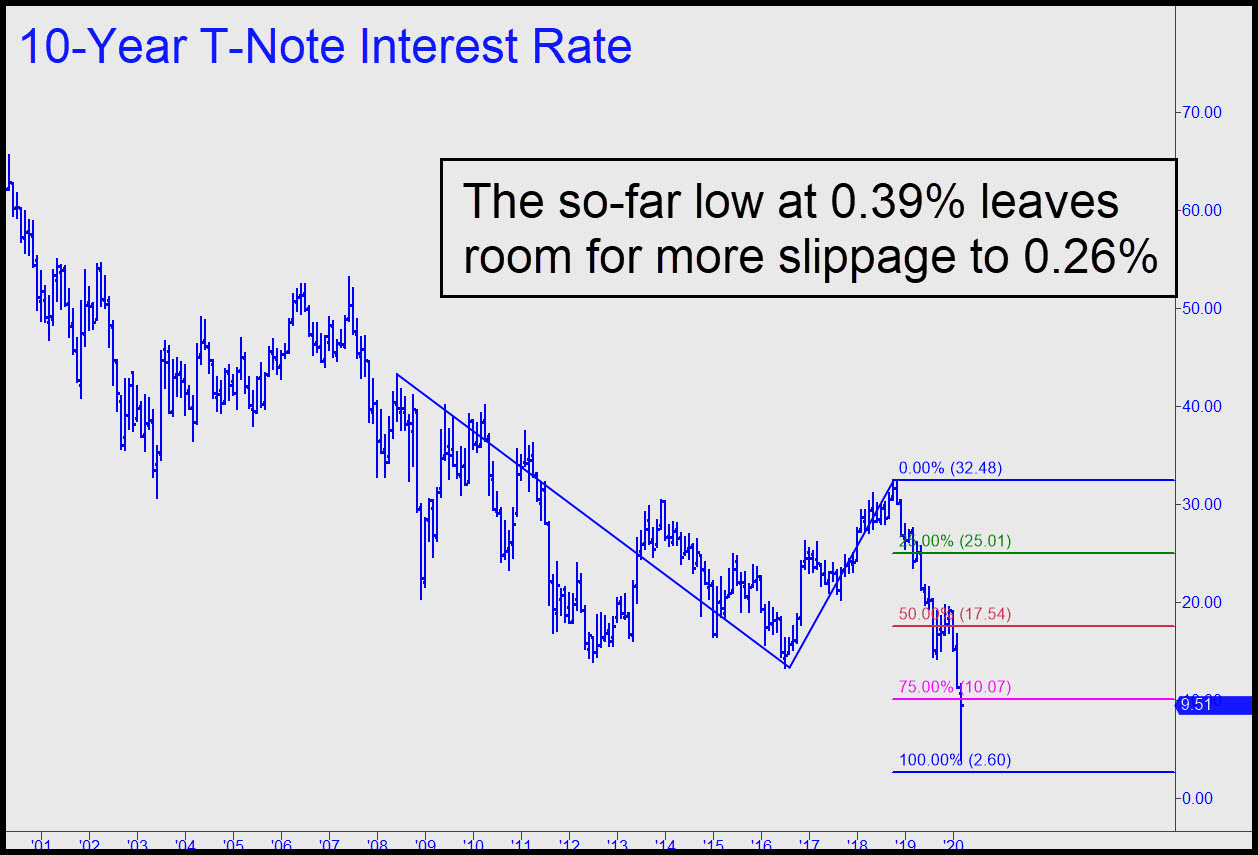 I’ve revised downward to 0.26% my forecast for interest rates on the Ten-Year Note.  A 0.30% target given here earlier was based on an erroneously drawn pattern discovered by a subscriber. But could the so-far low at 0.39% have been the bottom, especially considering the power of the subsequent rally to 0.98%? It’s possible, but I doubt it. The pattern itself is sufficiently clear and compelling to suggest that the Hidden Pivot target will not merely be closely approached, but actually touched. This revised forecast will have no bearing on my forecast for a drop to 0.73% on the 30-Year Treasury Bond. It  traded down to a record 0.84% last week but has since rebounded as high as 1.63%. The T-Bond sellers who drove rates back up to that height were useful idiots who were simply fulfilling the inviolable law that no trend ever goes sup or down in a straight line without correcting. ______ UPDATE (Mar 18, 9:15 p.m.): This is quite a rally we are witnessing — probably the steepest climb ever recorded for yields on the Ten-Year Note. So, was the dip to 0.39% the finale for the long-term cycle? I doubt it, but I am not going to get in the way of this rally.

Stocks Finally Bend to the Weight of News