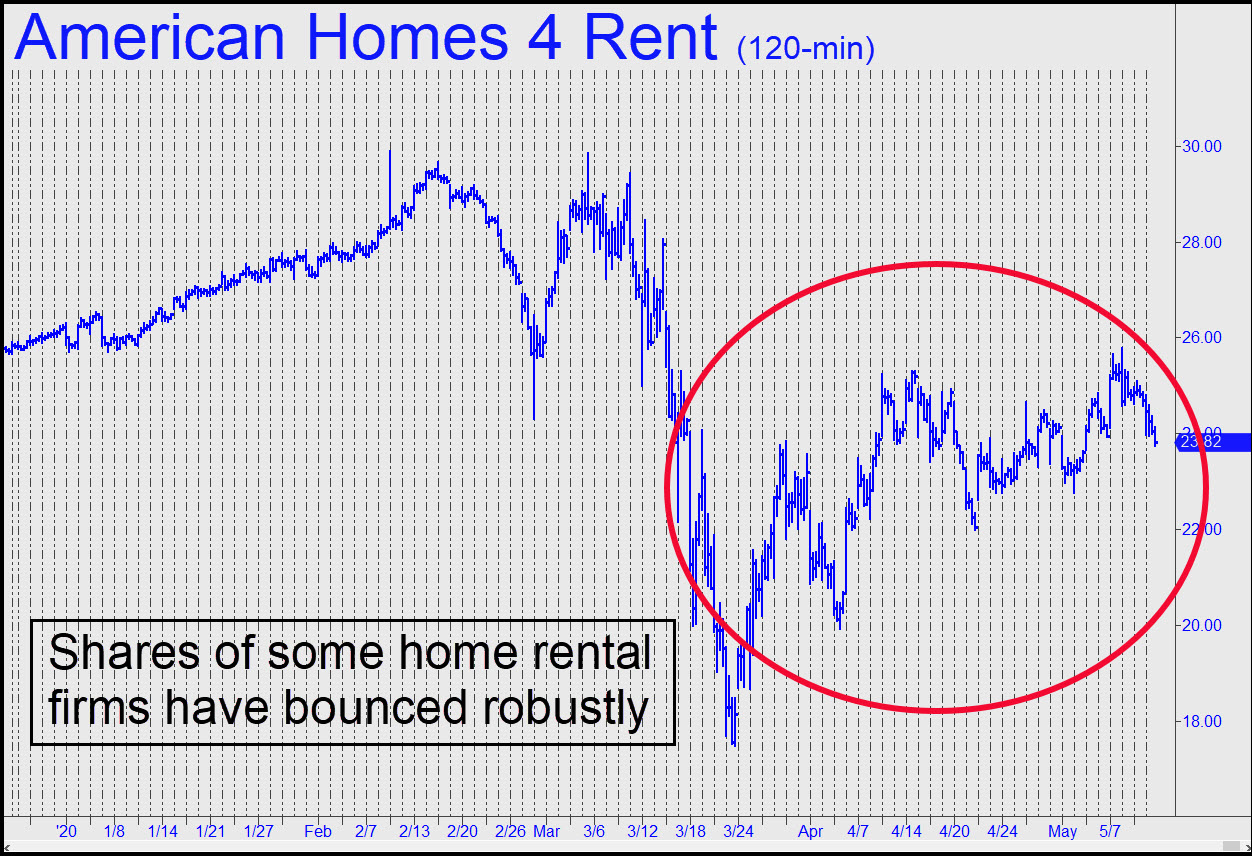 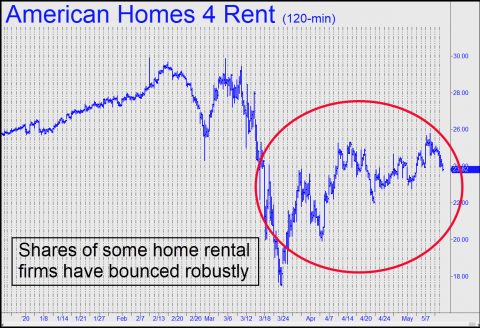 Continuing yesterday’s theme of how the stock market has completely decoupled from reality, we note that the shares of some publicly traded companies immersed in the home rental business have gone bonkers. A story on the front page of Tuesday’s Wall Street Journal noted that “Investors are flocking to the U.S.’s mega-landlords, drawn by signs that companies that emerged from last decade’s foreclosure crisis owning huge pools of rental houses are weathering the economic shutdown far better than feared.” Oh really?  In the first place, these companies bought up whole blocks of homes, and even started building them as the trend gathered steam, near the top of the market. I learned about this first-hand from a friend who was sent by his employer to buy up every home he could find in the very-inflated Denver market. Although company had never before been involved in real estate, they got immersed in it up to their eyeballs in just two years, according to my friend.

They Bought the Top

Paying inflated prices will not be the worst of their problems as the economy sinks into a state of permanent recession-or-worse. Their tenants are mainly young families and couples unable to afford homes of their own, and it’s likely they will have little saved to cushion themselves against very hard times. Concerning the notion that mega-landlords have weathered the pandemic better than expected, the optimists are jumping the gun, since we are less than two months into the downturn. Moreover, its effects have been muted so far by the $1,200 checks sent out to millions of Americans as part of a massive stimulus package. Anyone who received one of those checks would have recognized instantly that the goal of stimulating the economy was dead on arrival. No one went out and bought a Bass Cat Puma or a Cadillac Escalade. More likely is that the money went into checking or savings accounts and was gone shortly after May’s rent came due. If the stimulus achieves anything at all, it will be keeping landlords and their mortgage lenders solvent for a little while longer.  There are so many holes in the bullish mega-landlord “story” that it seems inevitable that those who have been binging on their shares are headed for a punitive rebuke.