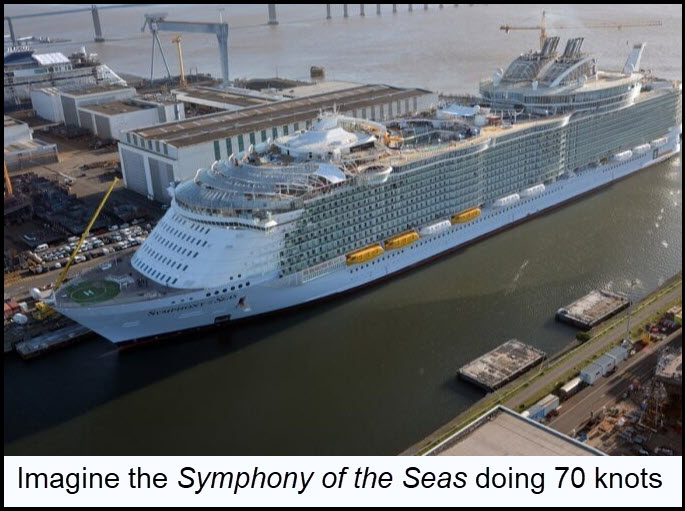 The vertical ascent of Apple shares has been especially noteworthy because it is the second most valuable company in the world, just behind Saudi Aramco. When the stock rises just a few points, it puts billions of extra dollars in shareholders’ pockets. And when it hangs tough on days like today, with the Dow Industrials getting sacked for a 361-point loss, it fortifies portfolio managers’ resolve to stay aboard come hell or high water. They were surely pleased by Thursday’s price action: Apple’s modest, $2.20 gain was worth $9.3 billion — enough to fill 147 swimming pools measuring 28′ x 14′ x 6.5′ with tightly packed dollar bills.

As a wealth engine, even RCA (aka ‘Radio’), Wall Street’s most spectacular performer before the 1929 crash, pales in comparison. When Apple shares take wing, it is like watching a 200,000-ton cruise ship rising from the sea on hydrofoils at 70 knots. No stock this big has ever climbed so steeply. Of course, the higher AAPL goes, the more money it takes merely to keep it aloft, never mind push it higher. Like a rocket ship approaching the speed of light, however, it will gain infinite mass before it reaches that threshold. And so shall AAPL. At some level there won’t be enough buyers to push it higher. Hell or high water will have arrived, and AAPL, like world-beater RCA before it, will fall to depths few could imagine today.