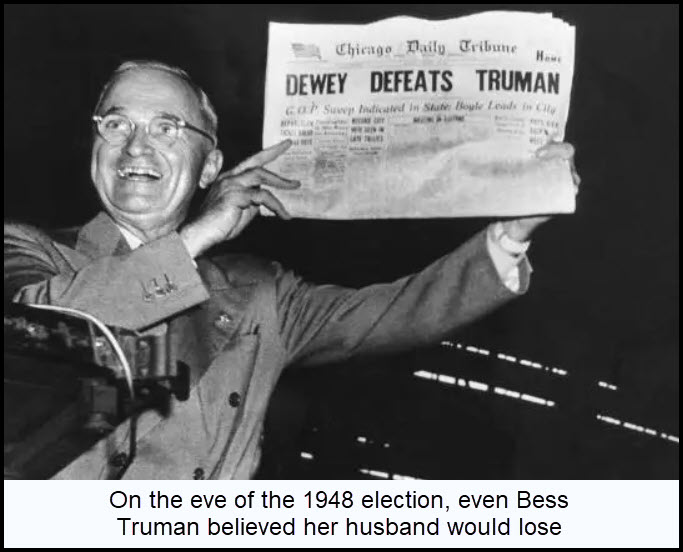 With the election campaign headed down the stretch, investors are still betting Trump will win. The Dow Industrials have risen to within striking distance of February’s 29,568 record. Does anyone think this could have occurred if Biden were a shoe-in, as the pollsters would have us believe? More likely is that the Dow would be trading 5000 points lower, on its way to 10,000, if the stock market caught even a whiff of a possible Biden/Harris victory. A few pundits have asserted that Biden is Wall Street’s choice. This claim is so outrageous that no one in America, including Trump’s foes, could possibly believe it.  It holds up only if you think Biden’s path to the White house is certain. Then it would be logical to infer the stock market is not merely comfortable with this outcome, but exuberant about it. In pushing the Wall Street-for-Biden narrative, the mainstream media have wishfully channeled Joseph Goebbels: Repeat a lie often enough and it becomes the truth. Not quite, though, since there is Fox news commentator Tucker Carlson to firmly set the record straight. His nightly show is not only the most-watched news program, it is the most-watched program in cable television.

Concerning the pollsters, we wonder whom they’ve been calling. Not us, for sure, nor anyone we know. But we do have more than a few left-leaning friends, including some Berkeley liberals, who will be surreptitiously voting for the incumbent. There are also nearly a half-million blacks, gays, trannies and Latinos who have left video testimonials to Trump on Facebook as part of the #WalkAway Campaign. But the vast majority of Trump supporters, including a significant number of swing voters who can’t stand Trump personally, will be pulling the GOP lever on November 3 simply because they watch the news and see what is going on in America. The summer’s spectacle of nightly urban riots in particular, which the Democrats not only failed to condemn but supported legally and financially, will help put Trump over the top.

I remain confident Trump will win because I do not believe most Americans will choose to support:

*  The toxic, patently false narrative that we are a racist nation

*  A Supreme Court with a permanent super-majority of left-wing, activist judges

*  Mandatory sensitivity training for all of us

*  The re-regulation of businesses by federal, state and local commissars

*  A nauseating, years-long victory celebration by the new media, Hollywood and Whoopi Goldberg

The polls have got it even more wrong this time than they did in 2016. Millions who plan to vote for Trump aren’t talking about it because they fear censure and the disapproval of even their closest friends. Their votes, along with those of the growing  army of ‘Walk Away’ apostates noted above, should suffice to give Trump a comfortable victory margin. Even so, we are covering our bases with bearish stock-market bets just in case. For detailed suggestions, check out the recording on butterfly spreads that will soon be made available to all Rick’s Picks subscribers. _______ UPDATE (Oct 12, 6:20 p.m.): Here’s a related, feel-good anecdote from the chat room today, with thanks to ‘Formula’ for sharing it: Where we spend weekends at our lake home, it’s on Beaver Lake in the Ozark Mountains of Arkansas. Though we’re on the lake, which is pretty rural and lake people are largely God fearing American patriots that love the outdoors, fishing, hunting, skiing etc. etc. Anyway, the town of Eureka Springs, is the town where we shop, dine, attend Mass etc. The town of Eureka Springs is wildly liberal as it’s a sanctuary city for the LGBTQ scene, has been since the ’70’s. As such, it’s also an arts community which is essentially the same cloth.

When leaving church on Sunday mornings, we take the long way home and drive through the city of Eureka which is absolutely jammed with bed and breakfasts that are literally almost every other Victorian home. In driving home over the last 2-3 weeks we’ve noticed that the streets are now being sprinkled with Trump flags which I never thought possible in all my years in Arkansas. What I’m witnessing is amazing, and had you told me four years ago this would happen in Eureka, I would have said NO WAY! Rick, in reading your home page write up today, I believe the red wave is going to be MASSIVE!!