Weighing the Risks of Vaccination 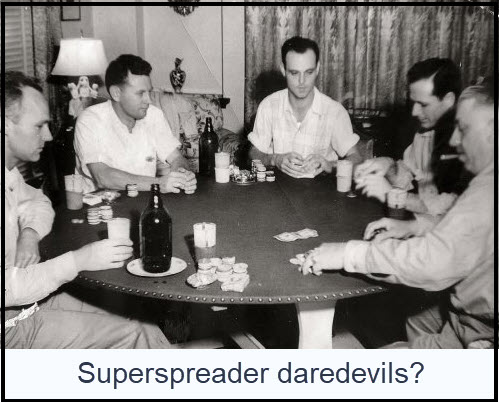 Been vaccinated yet?  I haven’t, although I’m trying not to give friends the impression that I’m making some sort of political statement. That means not emailing them links to every vaccine horror story that surfaces, or to growing evidence that the vaccine may not be all that it’s cracked up to be.  That mRNA vaccines have not been well-tested and could conceivably cause bodily harm or death is beyond argument at this point.  That is why I am waiting until most Americans have gotten their shots and reported any side effects before I decide whether to get mine.

The person I trust most about this is my personal physician, who also happens to be one of my oldest friends. He was quite confident back in April that the combination of hydroxycholoroquine, zinc and Zithromax was highly effective in treating Covid. This was an unpopular view at the time; indeed, half the country was rejecting it merely because it had Trump’s endorsement. However, my friend had already treated two dozen Covid patients, and all but one recovered without getting very sick. The one patient who fared poorly, a mutual friend, had waited until ten days after he’d shown symptoms to start treatment.

My physician friend had no qualms about getting vaccinated himself, especially since he sees so many patients who are infected. He does a weekly radio show and undoubtedly has influenced many, including some who were as skeptical as I am, to get their shots. However, his brother, a surgeon, has so far chosen not to get vaccinated, mainly because of a bad reaction he once had to a flu vaccine.

I’ll be monitoring the health and progress of two close friends in particular, since they’ve been scared to death to leave their homes since lockdowns began last March. Both have just received their two shots spaced a month apart, and both have seized the opportunity to get back to more or less normal life. One is a wine importer whose business requires frequent trips to Europe.  He hasn’t flown anywhere in the last year, but next weekend he’ll be traveling with his daughter to Vail for a week of skiing. For a guy who could not even set foot in a grocery store or post office, immersing himself in a crowded ski resort at high season will be an act of daring.

The other friend, a retired entrepreneur, has a scary medical history and has therefore lived under an even stricter lockdown than the wine importer. So fearful was he of catching Covid that he chartered a jet to fly him and his wife from New Jersey to Florida and back last fall. His passion in life is high-stakes poker, but neither he nor any of his poker buddies have played face-to-face in nearly a year. A poker game surely ranks high on the list of superspreader events, given the constant banter in close quarters and the circulation of contaminated cards and chips. Even so, the group recently restarted their regular game, and although they are not oblivious to the risks, they are no longer prisoners in their own homes. For those of us who are 70 or older, this kind of freedom will remain a powerful incentive to get vaccinated even if the risks prove to be considerable.

Even with Bells Ringing, This Top Will Be Tough to Short

Weighing the Risks of Vaccination

Tuning Out the News

How Gamestop’s Nuttiness Will Change the Coming Bear Market

When ‘Money of the Mind’ Dies