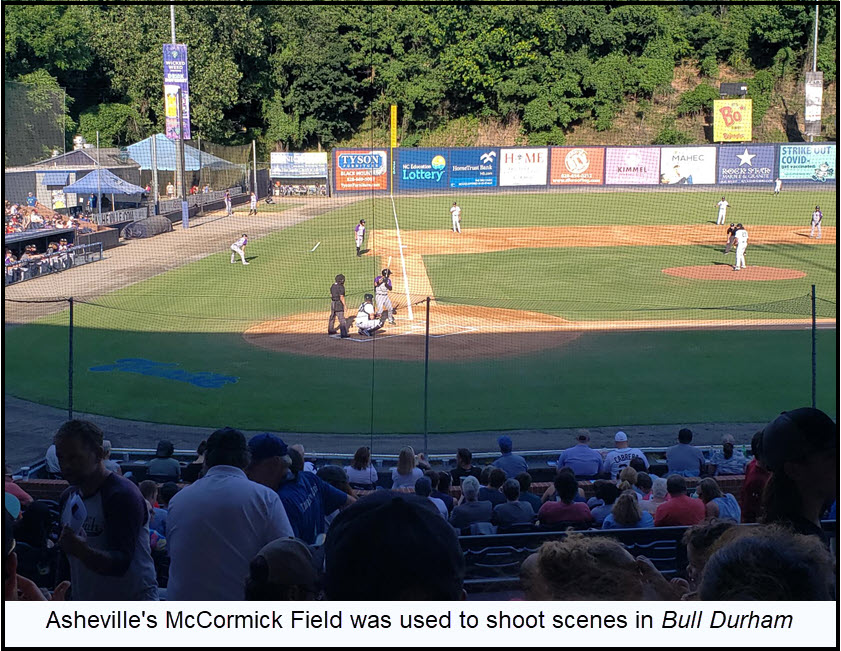 Fear of the much-ballyhooed Delta variant was nowhere in evidence recently at North Carolina’s McCormick Field, home of a minor-league baseball team called the Asheville Tourists. The team, a high Single-A farm club operated by the Houston Astros, filled McCormick’s 4000 seats to near-capacity, and there was nary a mask in sight. It was great baseball, which turns out to be the perfect antidote for non-stop Covid doomsday-porn emanating from Fauci’s office and amplified to a deafening pitch by his ignorant, Great Reset-obsessed lackeys in the news media.

As fans of the game might expect, it featured entertaining highs and lows just like the majors. A towering pop-up above second base attracted enough fielders to catch a swarm of fireflies; instead, they caught nothing when the ball dropped between them. But a runner on first base looked even worse when he failed to keep running past second base even though there were two outs.  The defense redeemed itself with a spectacular diving catch in the ninth inning by the Tourists’ center fielder — a risky effort, considering there were no men on base and his team had a four-run lead.  Afterward, a terrific fireworks display sponsored by chain-grocer Ingles, rocked the neighborhood.

For the good of America, Fauci and his Goebbelsian PR crew should take in a few baseball games this summer. Otherwise, they’ll continue to work overtime trying to convince us that ‘Delta’ is the most menacing development in all of history. But when was a virus variant ever more deadly than the original strain? If this were so, the variant, even if it tends to spread more easily, would quickly extinguish itself by killing off the host. Under the circumstances, how dangerous could it actually be, given that more than 99% of those who contracted the original strain recovered? Realize that in India, where ‘Delta’ was first detected, Covid cases declined 85% from the peak several weeks ago even as the variant became the dominant strain. And note as well that fewer than one person in 25 has been vaccinated in India.

Not once have I heard the words ‘Delta variant’ during a so-far seven-week road trip that has taken me from South Florida to New England and most of the way back. Some of my friends speak of friends of friends who got sick or even died, and of how glad they are to be vaccinated. But if they feel threatened by the supposed killer variant, they are not wearing masks to guard against it. Nor are they telling their adult kids to get the jab despite the fact that Fauci, his vaccine Storm Troopers and the press are relentlessly pushing shots for everyone but infants.