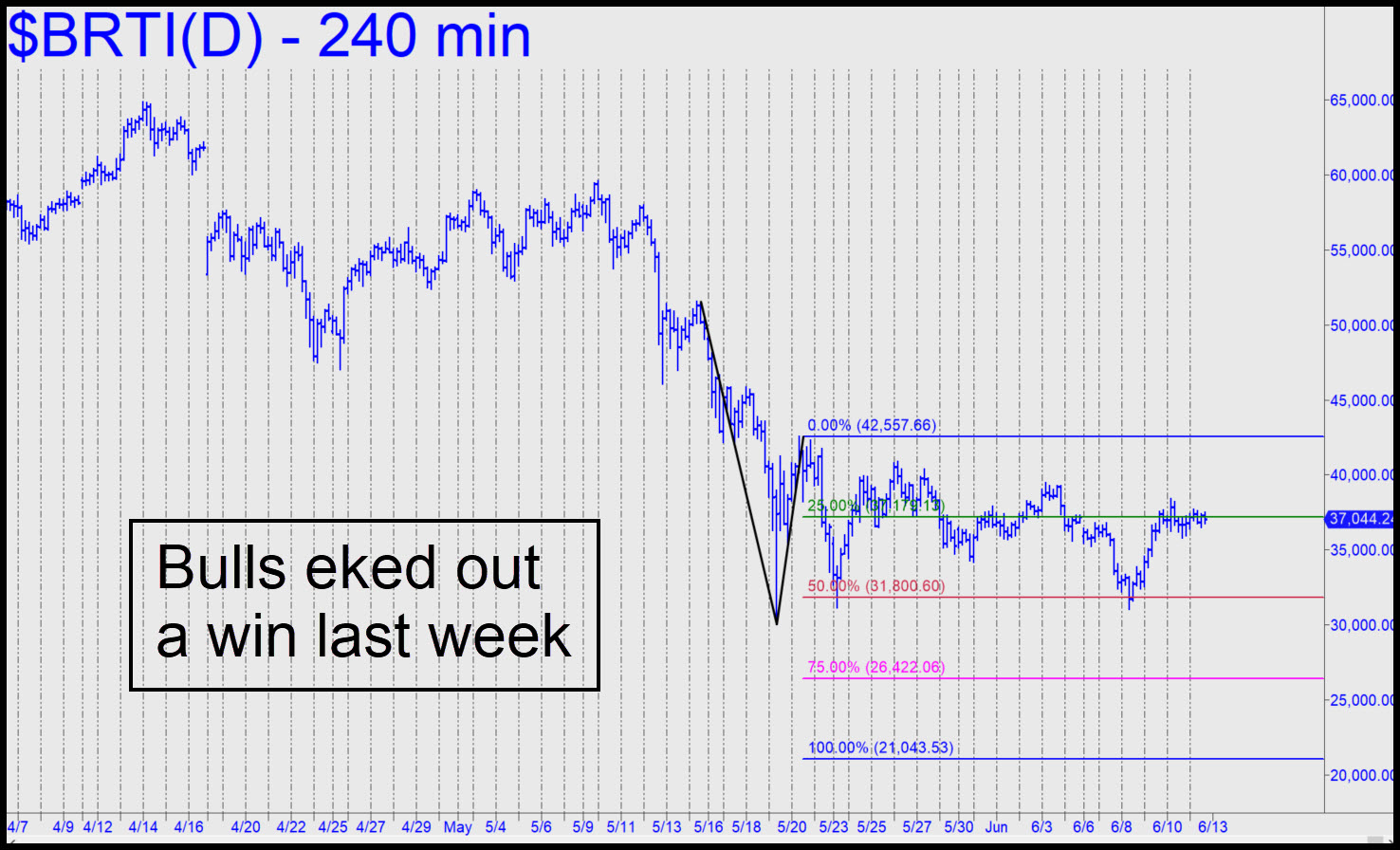 When the week ended, bulls held a small edge, having turned the the plunge that began the week into a swoon with a nearly $6000 rally. It triggered a ‘mechanical’ short at the green line (37,179) but because an earlier shorting signal generated on May 23 took fully two weeks to produce a profit, I didn’t recommend a second attempt.  Now it’s a coin-toss as to whether the rally continues, stopping out a bearish pattern projecting to 26,422, or even to 21,043. However, I’ll keep the bar at 45,837 to tell us when it’s okay for bitcoin buffs to start getting excited again.  In any event, I’ll be looking to short this beast rabc-style following a 1400-point (or so) drop from around 41,737. _______ UPDATE (Jun 16, 1:25 a.m.):  BRTI tripped an rabc short at 40,638, as shown in this chart.  No subscribers reported doing a trade, so I have not established a tracking position. If you did, 75% of it should have been covered by now.