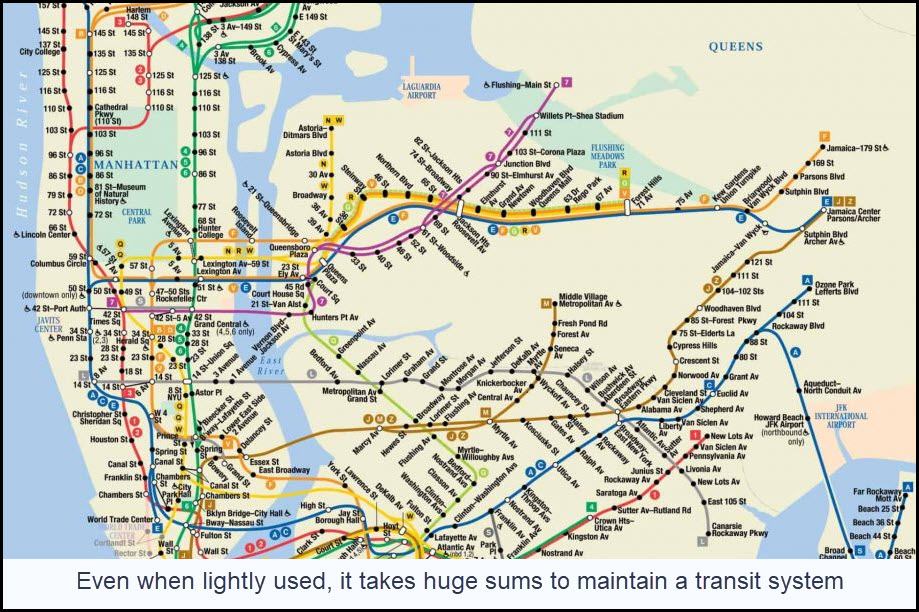 Bloomberg missed the real news in its flippant headline, “Return to the Office Five Days a Week? How About Never Again”. The article was just family-page pap about how work-from-home employees aren’t complaining about the indefinite postponement of a back-to-the-office mandate. With the delta variant on a headline rampage, exile in suburbia seems to suit most of them just fine, and to hell with the 6:00 a.m. commute.

The much bigger meaning of this is certain to become the subject of newspaper headlines in years to come, when America’s biggest cities are further along the road to bankruptcy and obsolescence. Bloomberg’s editors will probably be the last to see this trend developing, so eager have they been to cheer-lead New York City’s supposed recovery from the lockdown. They would have readers believe, for one, that the billionaires who fled to Florida, which has no income tax, are eager to return to the Big Apple, where they would face an 11% income levy just for the privilege of watching DeBlasio run New York even deeper into the ground.

Bloomberg.com’s blithe optimism aside, it’s painfully obvious that the U.S. economy, most particularly the colossally large paper-shuffling sector, no longer needs skyscrapers to conduct business. Nor will workers have much use for the services and amenities associated with those skyscrapers and with city life itself. This implies that buses, trains, trolleys and taxicab fleets, restaurants, stores, concert halls, parks, theaters and so many other things that make urban living worth the hassles will be used less and less over time.

Do you see the economic problems this will create? If Bloomberg’s editors do, they didn’t say so; for nowhere in the article was there any mention of the fact that user-based revenues associated with urban amenities will either have to be massively written down or replaced by taxpayers. The drop in revenues is already being felt, although vast quantities  of Federal aid to cities has both masked and delayed the consequences. But make no mistake, taxpayers eventually will have to make up the shortfall, coughing up trillions of dollars over time to keep pension checks and healthcare benefits flowing to retired government workers. And although the cost of maintaining urban infrastructure will diminish somewhat with less usage, it will still be one of the biggest items in city budgets.

To escape the burden of steeply rising taxes, the affluent will step up their exodus from big cities, creating a deflationary money spiral that will feed on itself. This will worsen when subsidies from the U.S. Government are scaled back. But what would happen, you ask, if Congress enacts a $3 trillion ‘infrastructure’ package on the heels of the $1 trillion porkpalooza about to be approved? Almost for certain, much if not most of the money will be wasted in ways so infuriating that we cringe to imagine them. Optimists and editorialists should ponder the meager results of the U.S. Government’s $20 trillion War on Poverty, lest they grow overly enthused about what a $3 trillion shot-in-the-arm to political cronies might accomplish.