Demographics Is Destiny In More Ways Than One 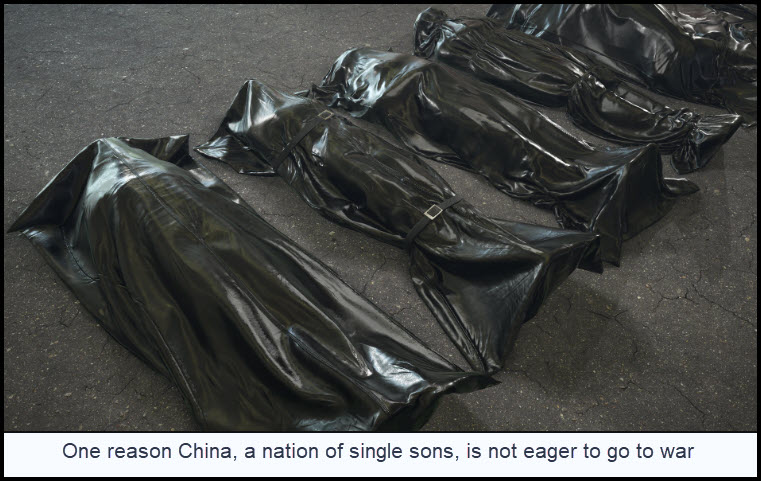 [Counting on the Fed to ride to the rescue when the bubble finally pops?  You had better have a Plan B, and for good measure a Plan C, since America could be in for something far worse than mere recession when the asset boom ends.  In the commentary below, my friend Charles Hugh-Smith spells out the reasons this is likely with greater clarity and concision than I have. I am grateful for his permission to reprint the essay, an installment of the ‘Musings’ emails that go out to subscribers every Saturday. Discover his extraordinary blog, books and deeply original reflections at OfTwoMinds.com by clicking here.   RA ]

The saying “demographics is destiny” encapsulates the reality than demographics–rising or falling trends of births and deaths–boost or constrain economies and societies regardless of other conditions.

Demographics are long-term trends, but the trends can change relatively rapidly, with momentous future consequences.

As this article below mentions, extrapolating the high birth rates and falling death rates of the 1960s led to predictions of global famine.

As death rates declined and women’s educational and economics prospects brightened, birth rates fell, a trend that now encompasses most of the world.

As a result of the Green Revolution (hybrid seeds and hydrocarbon-based fertilizers), the Earth supports more than twice as many humans as were alive in the 1960s (3.5 billion then, 7.9 billion now).

Now the problem is a shrinking working-age population that will be unable to support the financial and healthcare promises made to the retired generations.

Birth rates in developed nations have fallen below replacement rates, which means populations are shrinking and

populations are aging rapidly, i.e. the average age of the populace is rising..

One side effect discussed in this article is the decline of the cohort of young males and the rise in the average age reduces the likelihood of conflict: Children of Men’ is really happening–Why Russia can’t afford to spare its young soldiers anymore.

I remember reading similar research in the mid-1970s that identified a strong correlation between the relative size of the cohort of young males and the likelihood of war.

If the cohort was above a specific percentage of the total population, war was likely. One example was Germany in the 1930, which had a large cohort of young males under the age of 25.

This may partially explain the increasing reliance on economic war (sanctions) and cyberwarfare–nations no longer have large enough cohorts of young males to field armies where high casualties are a reality.

(A longtime reader who has been in China traveling on business for months pointed out that due to the single-child policy–only recently lifted–Chinese families have only one son, and they are averse to that one son coming home in a body-bag as a casualty of a “war of choice” or indeed, any war.)

What the article mentions in passing–the demographic impact of social values and political power–is worth exploring.

In broad brush, several trends are visible in many nations and cultures.

One is that having children has gone from being an economic necessity or benefit to a tremendous financial liability in the developed world.

A Danish friend once commented that only wealthy families could afford to have three children now in Northern European countries.  The same can be said of the U.S. and many other countries, once we consider the higher demands now placed on parents.

Where in the good old days of previous generations, parents were deemed adequate if they provided a roof over the kids’ heads, basic meals and clothing.  Education was left up to the public schools, and public college was low-cost, should the child want to continue their education.

(The University of Hawaii tuition was $89 and student fees were $27, for a grand total of $117 per semester from 1971 to 1975, $780 in today’s dollars. I was able to support myself, pay all my university expenses and carry a full class load on a part-time job–in one of the two most expensive cities in the nation, Honolulu.)

In a fully globalized “winner take most” economy, parents with aspirations for a top 20% career and lifestyle for their children have a much more demanding burden.

Parents seeking to give their children a leg up must provide costly enrichment lessons and juggle complicated schedules of after-school classes.  Prestigious universities now expect more than mere academic excellence; applicants must show evidence of leadership, civic engagement, etc., and even public universities are outrageously expensive.

Another trend is the cultural bias of favoring the elderly in terms of government support.

In the high birth rates 1940, 50s and 60s, governments greatly increased benefits for the elderly / retired, as everyone assumed there would always be 4 or 5 workers for every retiree. Relatively few people lived to age 80 or older.

In a recession, Boomers will continue retiring en masse while the workforce will shrink.  A ratio of 1.5 workers to every beneficiary isn’t that far away.

Is there any doubt this ratio is unsustainable financially? No.

These two trends are a double-whammy on those young adults having children: the costs of raising kids is much higher, the expectations are much higher while the government support is heavily weighted to the elderly populace, which is exploding as people now live into their 80s and 90s. (My Mom is 93, my Mom-in-law who we care for here at home is 91, our neighbor’s Mom is 99, and so on.)

We have some elderly friends who retired from federal government jobs at age 55 after 30 years of service and have collected 40 years of retirement. Is this financially sustainable? No.

The actuarial foundations of Social Security and Medicare were based on 4 or 5 workers per beneficiary and average lifespans around 70. Retirees were expected to collect benefits for 5 to 7 years, not 25 to 30 years.

These systems are fundamentally unsustainable at current retirement ages (55 for many government workers, 62 for “early retirement” Social Security and 67 for full benefits and Medicare at 65), current longevity trends and less than 2 workers per retiree.

The only way an economy can support a massive population of elderly is if there are enough young workers entering the workforce to keep the society and economy functioning.

Forward-looking populations would realize supporting parents and children is the only way to support future retirees.

But humans aren’t very forwarding-looking; we want all the good stuff now. So the elderly support politicians who promise their benefits are sacrosanct and untouchable–except to increase them.

Almost all elderly people vote while a much lower percentage of young people vote. So the government continues supporting the elderly even as the population of elderly explodes and the means to provide this support are in free-fall.

Retirement ages have barely budged, increasing a mere two years in 40 years from 65 to 67, while lifespans have greatly advanced and the worker-retiree ratio has collapsed.

A third trend is female workers wanting a fulfilling career and children, too.

With childcare costing $25,000 or more annually, one parent may essentially be working just to pay the childcare costs for two children.

A fourth trend is relying on high birth rate immigrants to substitute for native-born workers is no longer viable, as birth rates have plummeted in nations that provide immigrants.

As the saying has it, something’s gotta give. Doing nothing will lead to the collapse of the programs benefiting the elderly while the birth rate continues declining.

All these values and programs assumed high birth rates, high worker-retiree ratios and modest costs for raising children were forever. They weren’t.

Now we need a new set of values that reduce or eliminate the financial burdens on parents raising children. It would be nice if we could afford to pay for everything we want but printing money to do so just collapses the entire system.

Personally, I would raise retirement ages to match the rise in lifespans, limit publicly funded extraordinary healthcare measures for people over the average lifespan, tax revenues rather than labor, and pay all childcare and after-school programs expenses currently paid by parents, plus a set sum per child that can only be spent on after-school enrichment classes and programs.

That seems common-sense to me, but I’m open to other permutations of hard choices.

Hard choices lead to better outcomes than collapse, but few have any stomach for hard choices. Politicians who make hard choices that require sacrifices of powerful lobbies and voting blocks lose elections.

The fantasy that we can “print our way out of any problem” is strong because it’s so convenient and apparently so successful–at first.

Whether we admit it or not, collapse is the default “solution.” That destiny has already written by demographics.