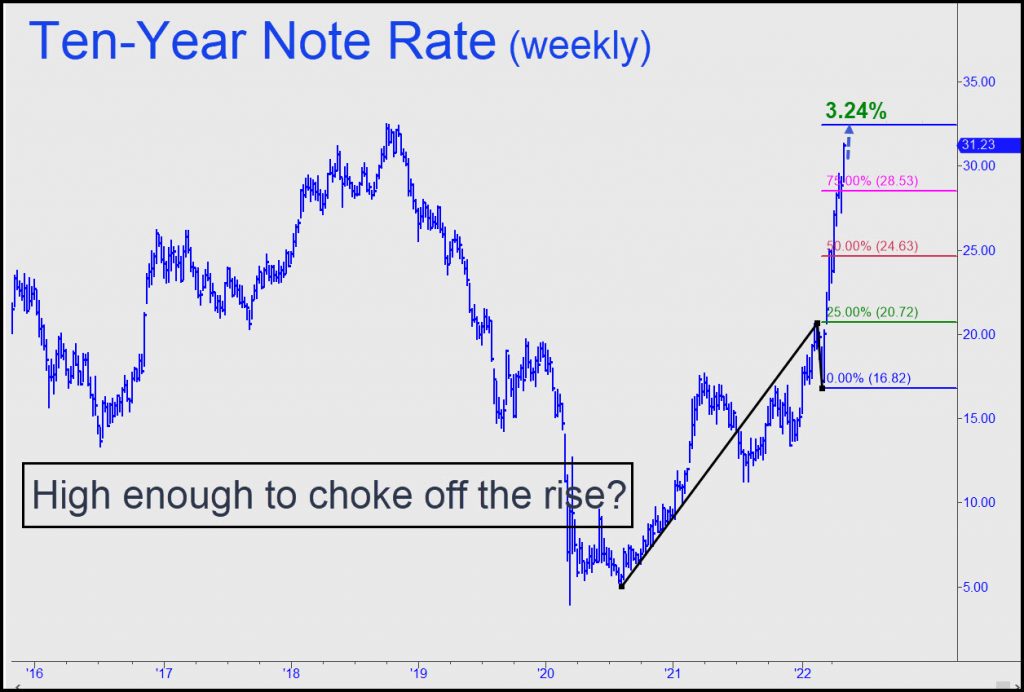 Last week’s commentary asked how high the dollar can climb before it snuffs inflation and the increasingly shrill hysteria that has accompanied it. Inflation is supposed to cheapen the dollar, but that is not what has been happening. Instead, it has been climbing steeply relative to all other currencies. The experts have not been able to explain this, nor why the rally began well before the Fed was even thinking about tightening. It is simple, though, if you understand deflation and its chief symptom, a rise in the real burden of debt. The dollar has been climbing because it “knows” there are more debts than can ever be repaid. This can only result in massive waves of bankruptcies that are going to make us nostalgic for the consumer inflation that is today’s headline news.

Sure, the Fed could print enough money to pay off everyone’s debts, including its own: student loans, our collective liabilities for Social Security, Medicare and private pensions, etcetera – but also car loans, mortgages and credit card balances that have ballooned. The resulting hyperinflation would solve nothing, however, even as it destroyed lenders as a class and all institutional conduits of borrowing. The megabanks would be ruined, leaving no one to lend to you, me or anyone else. It could take a generation or longer for credit to sprout roots again. Do we really want to go down that path?

This week’s question is related to the one about the dollar: How high can interest rates climb before they snuff inflation and the increasingly shrill hysteria that has accompanied it? Economists and pundits seem to think the Fed has only begun to tighten. More likely is that interest rates are already high enough to have tripped the U.S. and global economies into deep recession. It was going to happen anyway because of all those unpayable debts, but the Fed’s hawkishness has unleashed market forces that have already mooted the need to tighten any further.

My long-term forecast has called for a 3.24% top in the U.S. Ten-Year Note. On Friday the rate hit 3.13%, just an inch from the target. The rally has been so ferocious that I double-checked my math to determine whether an overshoot might occur. I’ll stick with the target for now, but even if it’s exceeded, rates for home buyers in particular have reached levels that froze the economy and crushed real estate in 2007. If you’ve been a scale buyer of long-term Treasurys in order to implement the Gold-versus-T-Bonds ‘barbell’ hedging strategy I’ve advised for the last couple of years, it’s time to move more aggressively into the bond side of the hedge.