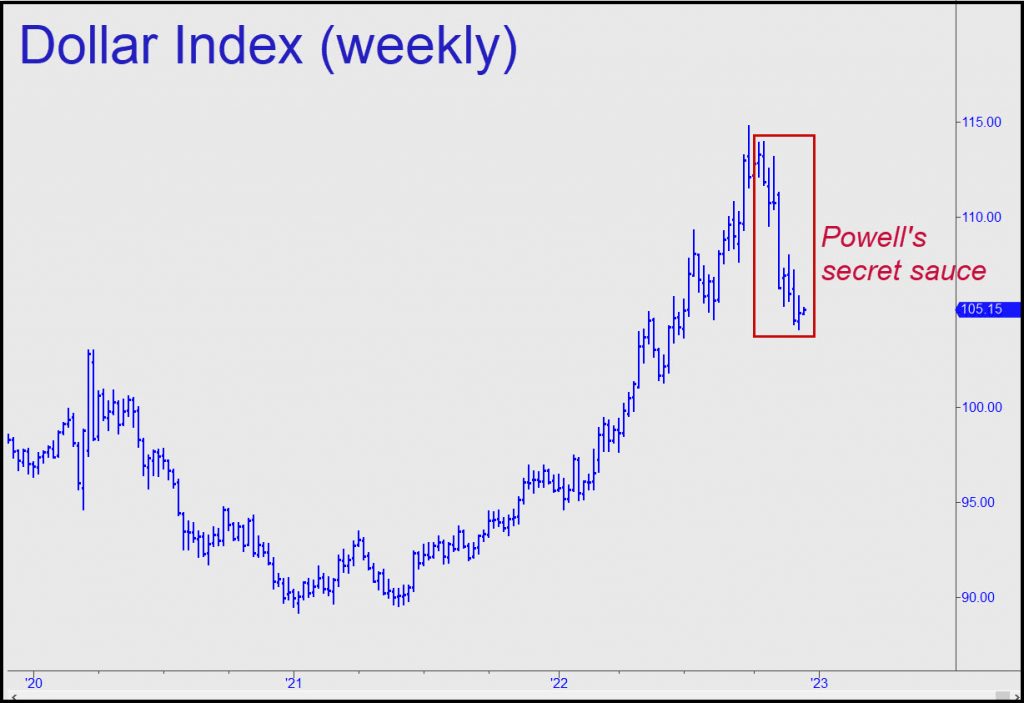 Bloomberg News, buzzed on Fed Kool-Aid as always, thinks the banksters have engineered a soft landing for deflation. Although it’s true that price bubbles in everything from used cars to styrofoam surfboard blanks have begun to detumesce, there is no reason to think the shrinkage will stop when inflation falls to some ‘comfortable’ level. That’s not how deflation works, especially when it is correcting excesses of the biggest financial bubble ever.

In residential real estate, the implosion has been mild enough so far that sellers actually seem to think they’ll get their price if they wait long enough. Sitting pretty? Only in their dreams. With 30-year fixed mortgages currently averaging 7.5%, many first-time buyers might be starting to wonder whether they will ever own a home. They need little convincing in the meantime that we’re in a recession, even if owners of unmortgaged homes priced above $2 million think the U.S. economy is hunky-dory.

Muddling Toward a Crash

If business merely muddles along in 2023 without slipping deeper into recession, the gap between buyers and sellers can only widen. To the extent this is already happening, we’re in the beginning of a silent crash in residential property values. It is particularly deceptive because mortgage-based transactions have dried up, turning price discovery opaque.

Incipient deflation is more visible in commercial real estate, with vacancy rates above 15% in Houston (18.9%), Dallas (17.6%), San Francisco (15.5%), Washington (15.2%) and Chicago (15.08%). These figures grossly understate the problem, since many urban centers are slipping into a self-perpetuating spiral of declining tax revenues, decaying public amenities and an exodus of workers to places that are more livable and affordable. Texas, Tennessee, Florida, Arizona and Nevada are among the biggest gainers, California the biggest loser. San Francisco, for all of its natural gifts, could be headed toward a 50% vacancy rate as gaseous high-tech companies abandon the huge office towers that bear their names, and work-at-homes militantly resist the daily commute.

But there is one factor that will overshadow all the others in producing a deflationary bust: a strong U.S. dollar. It is only because the dollar has been in a steep correction since September that Bloomberg et al. can breathe an ostentatious sigh of relief over the Fed’s supposed success in keeping debt deflation at bay. It is surely coming, however, since there is no way the central bank can steeply raise borrowing costs for the $2+ quadrillion shell game known as the derivatives market without eventually crushing all the players. They flourish mainly because the increasingly dangerous financial tricks they have institutionalized are regarded by the banking community, economists and a benighted press as innovation.

Does a world that produces a mere $100 trillion in real goods and services need a financial edifice more than 20 times that size to provide capital? Clearly, the primary business of planet Earth, far and away, is shuffling paper. For Bloomberg and others to assert that a hawkish Fed has successfully avoided the implosion of a multi-quadrillion-dollar debt bomb is like saying an intrepid flea navigating the circumference of a black hole has experienced just a small tug so far.  That the dollar strengthened as Powell & Co. were loosening promiscuously should tell you that it is not eggheads who have been controlling its value, but rather, market forces far more powerful and, ultimately, irresistible.