(Cam Fitzgerald posted the following essay in the Rick’s Picks forum, but I am presenting it as a guest commentary because it discusses the all-too-real implications of America’s economic crisis so bluntly. Many of you, even the pessimists, will be troubled by this grim jeremiad, and some will disparage its conclusions. But four years into what has come to be known, probably euphemistically, as the Great Recession, it is time we asked ourselves whether a collapse indeed looms that could prove equal to what we have imagined in our most troubled moments. RA)

On many levels, I have been in denial regarding the extent and severity of this downturn. Much of the hazard naturally revolves around the deflation of asset wealth – specifically, real estate. I only wish it was just money that was at risk. Collectively we seem poorly equipped to even contemplate the true consequences of the housing collapse. We are detached from its reality, mere spectators and pedestrians at the scene of an accident. “This” cannot really be happening — not to us, anyway.

And yet it is. And so we find ourselves in uncharted territory. We live in a disconnected time, without the benefit of eyewitness guidance from anyone who has experienced what we are now experiencing. There are several generations of people alive today with virtually no living connection to the traumas and realities of the past. 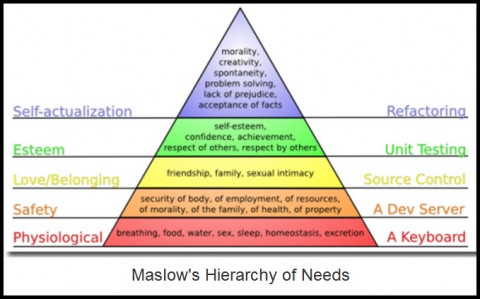 What is occurring before our very eyes is simply impossible. And yet the trend continues, day after agonizing day. Will we awaken in time to recognize that we are all at the scene of the accident — that we are actually casualties, not mere witnesses? It seems doubtful.

But we had better snap out of our reverie soon. This is not our grandfather’s recession. For in fact, it is wholly unlike any that have occurred in the past. This time around, we are not the center of the universe nor even the focus of all the attention. This time our domestic policies don’t necessarily have global implications for everyone else on “our terms,” and so our leverage to play this game has diminished.

We all know that our standard of living has dropped both here in Canada and in the U.S. For that matter, living standards are dropping for most of the Western World, as we are awash in debt. However, I do not think that the debt deleveraging currently underway can adequately address the severity or the danger of our circumstances. Some of the biggest bubbles have yet to pop. Derivatives alone that amount to no less than massive bets against our civilization will never be paid out as originally contemplated. It is frankly impossible, given all that we now know about this market, that many multiples of global GDP wealth will shift from one pocket to another without causing a catastrophic upheaval. Ridiculous?  On the subject of derivatives, no better description could be provided than Warren Buffet’s: “financial weapons of mass destruction.” Indeed.

I happen to agree with Rick, that we are headed into a depression. It is beyond me to define the exact course by which we will arrive at that point, though. Will it follow a brief inflation? Will we see the utter collapse of the dollar, and hyperinflation? Or will we just muddle along in a false economy where equity price increases raise false hopes of recovery while the rest of the economy grinds down day after day, to the point of capitulation?  To the point of no return, possibly?

Defeat, perhaps? Not likely. The seeds of renewed growth are always there in the soil of last season’s bad harvest. I am not worried too much from that perspective. It is the adjustment to it all that is hard to imagine, and we never know with certainty how long the pain will last, nor how politics might aggravate it. That is the real worry. Our world is on the verge of being shaken up, and even doubters like me are in denial about how serious some of the consequences might be. So what do we do? How can we be prepared?

Does anyone out there still remember Maslow’s Hierarchy of Needs ? At the top of the psychologist’s pyramid was self-actualization. I think we are there, for the most part. The idea of his chart, presented in a 1943 paper entitled A Theory of Human Motivation, was that we need to satisfy basic needs before we can move on to higher needs. Food, water, shelter and security were basics that came before love itself. Our motivations to climb the scale were generated by our success at having conquered needs that were lower on the pyramid. The chart assumes we are climbing higher, paying little attention to how we might respond if we were to start sliding back down the pyramid. That is most surely at the root of many of our fears — that we may soon lose the ability to meet basic needs that we have long taken for granted.  Is that not also the fear of those who would silence the gloom-and-doomers, lest they cause us inconceivable hardship merely by discussing the prospect of it? We are a superstitious lot.

It probably does seem inconceivable to anyone in an advanced society that we might ever revert to a more primitive state. It is beyond insane, however, that we cannot discuss the possibility openly without being ridiculed. And yet, we are witnessing the hollowing out of education in North America as one example, and watching idly as Asia bids fair to take the lead in so many categories, threatening both our self-esteem and our very security.  As a highly focused and energized Chinese empire-in-the-making takes decisive action to ensure its own economic survival, we continue to dither over the vagaries of domestic tax law and how they might impact our (supposed) pension plans. We are distracted by bits and pieces of financial paper as Asia goes on one of the biggest commodity buying sprees in history. Not even the English or Spanish in their day entertained the idea of owning all of the world’s key resources, as China someday may.

The news media, meanwhile, glutted by corporate advertising and influence, have been watering down the news so that nobody knows where to find the truth anymore. Even the Internet is coming into question as doubts grow concerning its ability to resist the intrusion, depredations and designs of Big Government. God help us all, should totalitarianism arise on this continent. Computers never forget, now do they?

As we backslide down Maslow’s Pyramid, are we prepared for the social consequences of reverting to the mean? Many societies have collapsed in the past. Few saw it coming. I imagine that fewer still were prepared for that ugly day when nations went to war over supposedly scarce resources. But we don’t have to worry about that, right?  Not unless money matters, that is, and access to energy is deemed important. In fact, the track we’re on now, greased by a dollar that is falling toward worthlessness, implies that many will not be able to afford to drive their vehicles in the future, never mind heat their homes.

That is what a dollar collapse really means, by the way. In its most basic form, a failure of our currency means we will not be able to fulfill our most basic needs: security, shelter, warmth and access to a healthy variety of foods year-round. And if those basics cannot be acquired and ensured without worry, then we are indeed headed down Maslow’s Pyramid, not up. The supposed lunatic fringe that wants to head for the hills may not be so crazy after all. Actually, they could be ahead of the curve in realizing that our society is on an unsustainable path. Beyond it, only brute force will guarantee our survival ahead of those we see as competitors. And that is why we will not see the U.S. military give way as global uncertainties over our very sustenance continue to mount. On the contrary, the military is growing and new bases are under construction. Forget closures.

Meanwhile, the global financial system could unravel and destroy all currencies. We need to understand one thing very clearly, though: There is a big difference between a 1930s-style Depression and the specter of North Americans actually freezing to death in their homes for lack of fuel, or starving for lack of food. Before that almost unimaginable day arrives, there will be another war, and it will be the big one. The perception is growing that supplies of key resources may not be sufficient to satisfy the ravenous appetite of the developed and developing world. We see this. Asia sees it. Hedge funds have begun to speculate on it. There is certain to be much grief as we, and assuredly other nations, ratchet lower on Maslow’s Pyramid. The power that spring from guns will ultimately win. Darwinism may well be at-hand. This is one battle we cannot afford to lose.