It’s a sad time for America when a firm that does what Facebook does is on track to become one of our largest companies. Based on capitalization, the web-based lubricator of social interaction could be in the top 50 within a few years, or even in the top 25 if analysts’ wildest expectations pan out.  Facebook’s IPO promises to top Google’s $27 billion offering, reaping early backers a giant windfall.  But wouldn’t it be far better if a company that actually made something were to enjoy such extravagant enthusiasm on Wall Street?  Facebook of course makes nothing, and what it sells is of little economic value to anyone. And yet its founder, Mark Zuckerberg, is about to become one of the wealthiest men in the world. 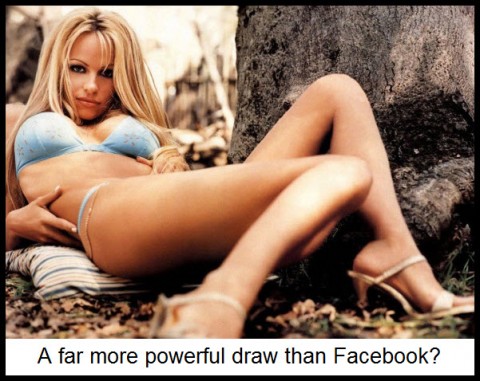 A gushy tribute to his impending monetary success appeared on the op-ed page of the Wall Street Journal yesterday. Written by a Rutgers anthropology professor named Lionel Tiger, this paean to the biggest time-waster in the galaxy saw Facebook’s inventor as “bestrid[ing] vast business numbers once dreamt of only by toothpaste and soft-drink makers. This reflects a new commercial demography in which the consumer is not someone who wants something necesssary, but rather one who seeks to assert simply what he is. And the tool he uses in order to become nothing more or less than an efficient, interesting and socially propsereous primate is the Facebook page.”

Karl Marx himself could not have come up with a more powerful indictment of capitalism or of the soulless craving it would seek to create for things we don’t really need. And yet, although he doesn’t say so explicitly, Prof. Tiger would seem to place Zuckerberg – whom he labels “the world’s richest primatologist” — in the Pantheon of human genius with DaVinci, Einstein and Gutenberg. For sure, a vast number of users all over the world are Facebooking at any given moment. But let’s not kid ourselves, professor. If someone were to offer a porn site that allowed men to have their way, virtually speaking, with the Hollywood babe of their choice, does anyone doubt that the site’s usership would dwarf Facebook’s?  A digitized, 3-D hotty who responds obligingly to a guy’s every command could conceivably earn enough in royalties to become richer, even, than Zuckerberg. And the men lusting after her, more than merely being mesmerized, would cease to report to work.  However, we somehow doubt that the purveyor of such lascivious fare would be hailed as a genius — other, perhaps, than by those who think Hugh Hefner is one.

Meanwhile, if Zuckerberg is so smart, how come he hasn’t figured out a way to monetize a billion-and-half eyeballs?  At present, Facebook’s profits are only a tenth of Google’s.  More to the point, at least where investors are concerned, profits seem unlikely to grow significantly unless Facebook gets in users’ faces far more aggressively. This implies intruding on their privacy and selling their “information” in ways even more appalling than those that are already troubling civil libertarians. Users will become appalled too if and when Facebook is legally forced to disclose the nature and extent of the personal data it has been collecting on them and selling to who-knows-whom. On the day that  law is enacted, we can imagine Facebook shares losing 30% of their value. Until then, however, we may as well resign ourselves to the orgy of greed and hubris that is being whipped up by the Masters and a fawning press to send Facebook’s IPO into the financial stratosphere later this year. Click here to read about out how Facebook uses your data.