What We Really Think About Gold

Paying subscribers get to see quite a bit more of Rick’s Picks than lurkers might infer from reading the free commentaries that go out each day to many thousands of readers. A headline that will have caught the eye of the latter was this one, from the May 2 edition: Gold’s Nastiness Hints of a Major Bottom. Comex June Gold subsequently fell $76, and we were therefore unsurprised to receive e-mails from lurkers who evidently had been caught flat-footed by this supposedly unforeseen (by us, anyway) bout of weakness. In fact, the daily “trading touts” that lie behind the Rick’s Picks subscriber wall have been far more cautious than outsiders would likely know. Just yesterday, in fact, we offered a projection for GDXJ, a proxy for junior mining stocks, that may have caused some subscribers’ scalps to crawl. (Click here for a free trial subscription if you want to see just how low we think this favorite of gold bulls could conceivably go.) 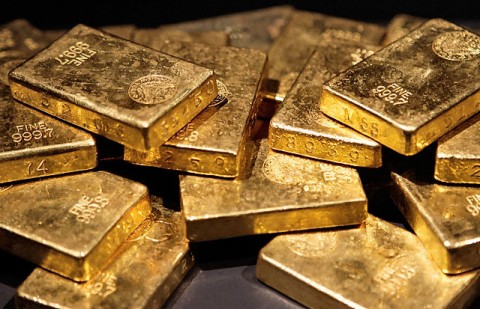 So which is it:  Are we bullish on gold, as our headlines would seem to imply? Or do we privately shrink from the risk of owning bullion? The answer is that, although we are bullish on gold and silver for the long-term and have been socking away bullion coins for years, we are not so certain that it will achieve the stratospheric heights that some gurus have predicted. However, what we are most confident in saying is that, come hell or high water, gold’s purchasing power will more than hold its own relative to all other classes of investable assets.  We would concede, however, that the fantastic price targets of some bullion superbulls have a few things going for them.  For one, the U.S. dollar is already intrinsically worthless, and that implies that real money – i.e., gold – will someday soar on the epiphany.  And for two, in a true global financial crisis, if commodity regulators were to allow individual holders of paper gold to press their claims for delivery against the likes of Goldman, J.P. Morgan, Morgan Stanley at al., the resulting short squeeze could in theory spike gold to unimaginable heights. However, we did not emerge a while back from an ugly brawl with the hyperinflationists without learning from it. In that regard, speaking as charter members of the hardcore deflationist camp (footnote: we were writing articles about the coming deflation for Barron’s and the San Francisco Examiner nearly 20 years ago, when it was looney-bin talk), we do not share the certitude of some that hyperinflation is inevitable. That is not withstanding the fact that Peter Schiff and blogger FOFOA have laid out quite plausible scenarios for hyperinflation.

When Dollars Are Golden

But here’s a scenario of our own in which the global economy collapses and goes straight to deflation with no hyperinflationary phase: You wake up one morning and, for reasons of something awful that has occurred in Europe, the financial markets are in chaos.  By 10 a.m., there are lines outside most U.S. banks. Unfortunately, all depositors will go home empty handed, since, as we have noted here many times before, banks keep very little cash in their vaults.  By then, it seems entirely likely that credit cards and ATMs will have ceased to function and that credit limits will have been “temporarily” capped. So how will you pay for your groceries, or gas, or…anything? Will  vendors take your Krugerrands, Maple Leafs and silver rounds?  Will they value your Morgan silver dollars at $35, as dealers do? Or will they give you just a dollar’s worth of merchandise in exchange for your silver dollar?  Put yourself in the vendor’s place and you can probably see that he’ll be most comfortable taking the traditional ones, fives and twenties.  But how many of them do you have lying around? A couple of hundred dollar’s worth, right?  Scarce but infinitely fungible in the aftermath of a global collapse, cash money would not likely cede much ground to gold as money. And that is how a fundamentally worthless, debt-encumbered dollar could become as precious as gold. At least for a while, that is.  Sooner or later, the $150 trillion that we “owe ourselves” now and in the future (a conservative estimate, as far as we’re concerned) will have to be discharged, either through hyperinflation; or by deflation (i.e., universal bankruptcy).

Which is more likely?  If politics or history apply, the hyperinflationists will hold the edge at that point. But anyone who professes certitude about how the collapse of the global financial system will play out is just blowing smoke.  As for gold superbulls, even if they are right, which they quite possibly will be, we doubt it will be easy in a severe crisis, or even its aftermath, for hoarders to exchange Krugerrands ostensibly worth $10,000 apiece for, say, Canadian farm land (our favorite investable asset, by the way).