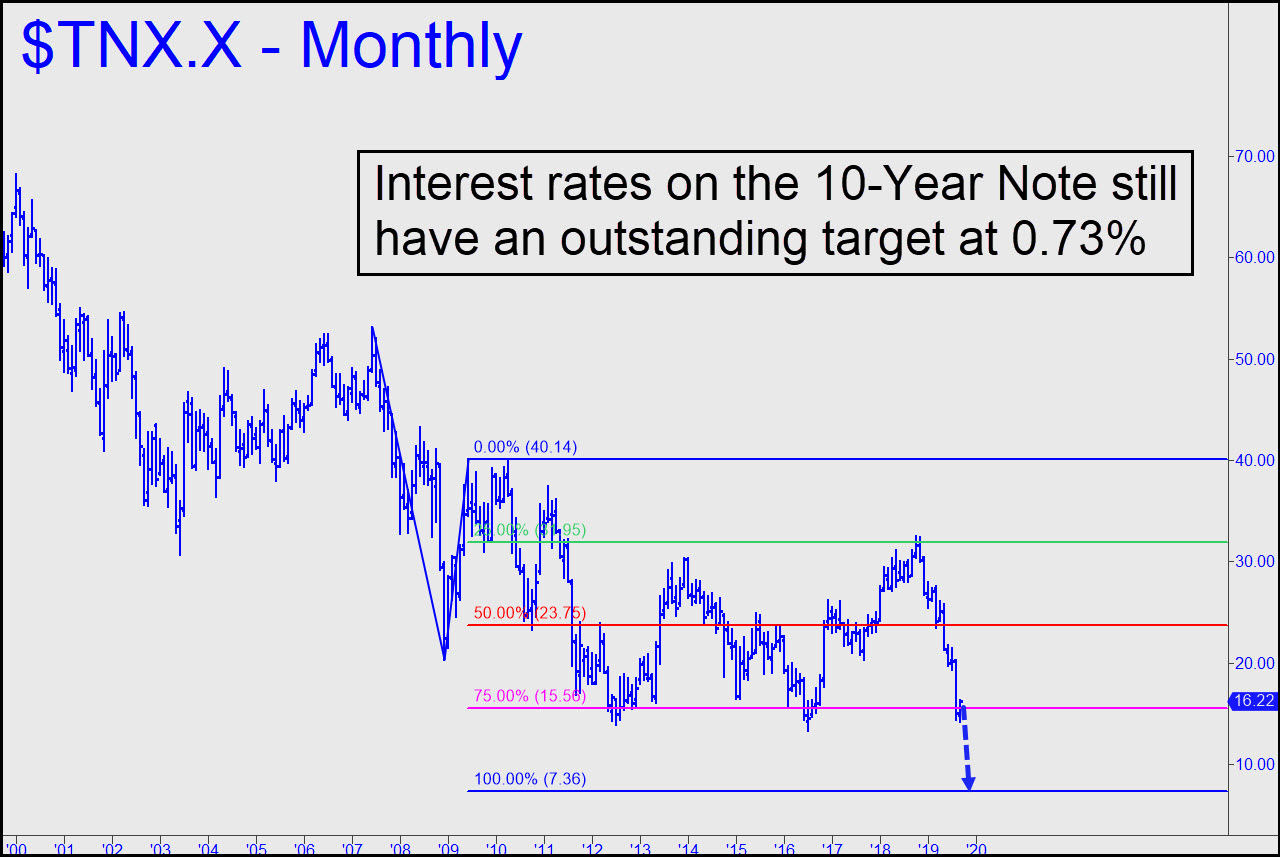 Interest rates on the Ten-Year Note still have a long way to fall if they are going to achieve the 0.73% target shown in the chart (see inset).  Although it is mildly bullish that they have bounced from well above the 1.30% Hidden Pivot target given here earlier, the rally would have to hit 2.18% to turn the weekly chart bullish. For now, though, we’ll need to respect the uptrend because it has in fact turned the daily chart bullish via an impulse leg surpassing two prior peaks recorded last month. If without pausing for breath it exceeds a third at 1.79% that occurred a month ago, that would imply the upward skew in rates is about to get legs, presumably with a move to at least 2%. We’ll spectate for now, but our goal is to get short when it looks like it’s about to sputter out. _______ UPDATE (Sep 12, 8:40 p.m.): This morning’s trampoline bounce sent rates on the 10-year into a steep climb, surpassing the 1.79% benchmark noted above and generating a quite-bullish impulse leg on the daily chart. We’ll need to see a correction before we try to determine whether this rally is likely to get legs, but it is strong enough already to suggest that the 1.43% low will endure for a while. _______ UPDATE Sep 18, 11:15 p.m.): A rally that touched this green line has signaled more upside over the near term to at least p=1.86% and possibly as high as 1.98%.