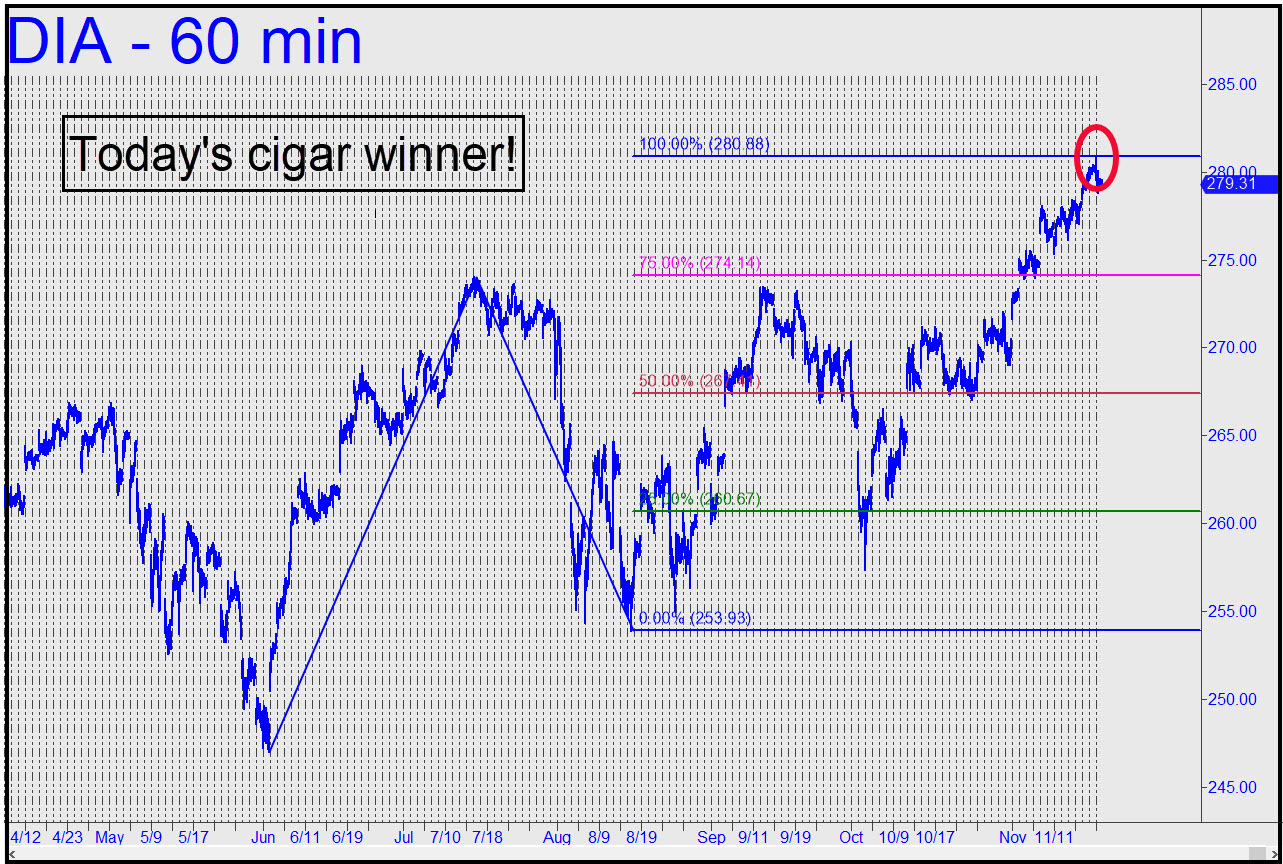 I’m establishing tracking guidance for a short position initiated near Tuesday’s 280.84 peak, since the 280.88 target I’d begun drum-rolling two weeks earlier is just too good to waste. Usually I require that at least two subscribers report having done a touted trade before I track it, but I am making an exception this time because it would seem that most of you have all but ceased using these targets, even to buy cheap puts or calls that effectively leverage the targets with entry risk held almost to nothing. Accordingly, I’ll assume eight Nov 22 280 puts acquired for 0.77, where they opened (before trading down to 0.73). Half would have been covered for 1.54, leaving four with an effective cost basis of zero. We’ll plan on holding them until Friday, when we can roll into the Dec 6 or 13 expiration. Incidentally and for your further guidance, the puts appear bound most immediately for 1.97, a ‘D’ Hidden Pivot target that is likely to be reached if p=1.53 is decisively exceeded. _______ UPDATE (Nov 20, 2:10 p.m. EST): I have closed out another 25% (i.e., two put contracts) of the position, since the puts have shot up above a 1.97 target mentioned in the Trading Room earlier today. We’ll continue to hold two puts for, effectively, a CREDIT of $200 apiece. This guarantees a profit of at least $400, no matter what happens, for each eight contracts purchased initially. We’ll still plan on rolling to a further-out expiration date on Friday, swinging for the fences with the contracts that remain.