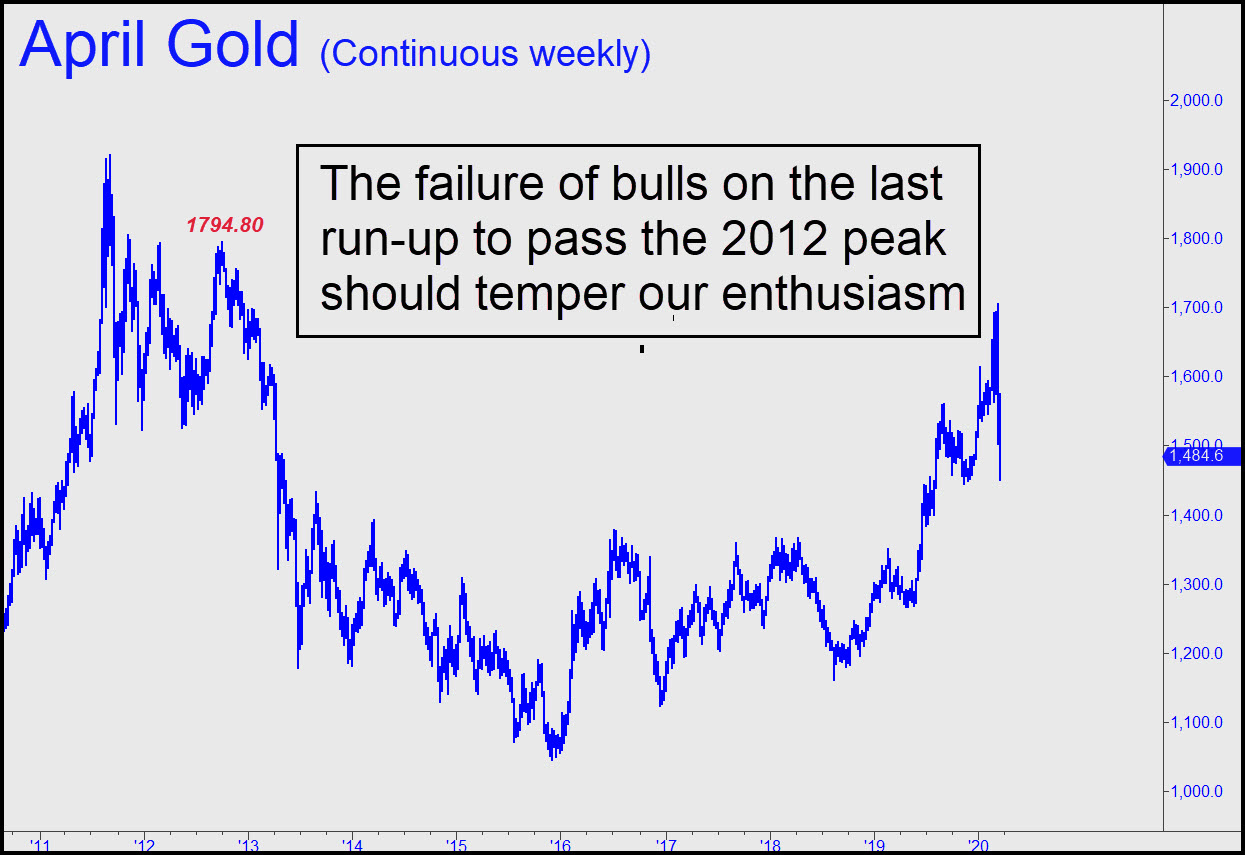 For all of last week’s violent price swings, the April contract appears to be basing above 1450. The 1407.30 downside target remains viable nonetheless, and the futures did in fact trigger a ‘mechanical’ short to that number on Friday at 1517.60 (240-min, A=1597.90 on 3/13).  Looking at a much bigger picture, the chart (inset) stretches back a decade in order to put the bull cycle begun in 2016 in a useful perspective.  You don’t need to be a technician to see that the $260 surge begun last November, encouraging though it was, fell well shy of the moon shot that would have signaled much higher prices. Specifically, the upthrust failed to generate a strong impulse leg on the weekly chart when it died well shy of the key peak at 1794 recorded in 2012. That doesn’t necessarily mean the high won’t eventually be exceeded, only that it could take quite a while — meaning years — for it to happen. I am not ruling out a spectacular bounce shortly from somewhere above 1400, but if there is instead a protracted rally, even a strong, steady one, its potential would likely be limited. _______ UPDATE (Mar 23, 5:57 p.m. EDT): Gold’s biggest rally in recent memory failed to exceed even a single ‘external’ peak on the hourly chart. The nearest lies at 1574.80, about $5 above today’s high, but we’ll reserve judgment about the health of the uptrend until we’ve seen a little more of it.