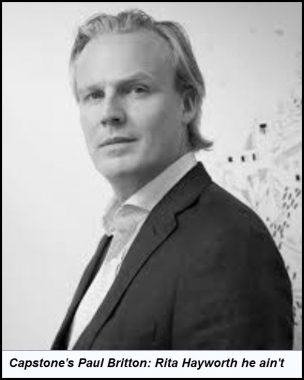 Investment manias are nothing new on Wall Street, but this time the heavy betting is on the mania itself.  Speculating on volatility is the latest fad, and it is metastasizing so quickly that in just two short months wagers that the stock market will grow even crazier have become the actual cause of its craziness.  The bets mainly involve  derivatives, including options and ETFs that are tied to trillions of dollars worth of stock. Big guys, little guys and everyone in-between are supposedly immersed in this tail-risk crapshoot, and it is causing markets to spasm wildly not for bullish or bearish reasons, but rather, as implied above, because of the volatility bets themselves.

Tail-risk mania’s fuse was lit in in January, when some canny institutional traders loaded up on then-cheap insurance against a market crash. This speculation proved to be timely, but it was more than just luck. They had access to good information that wasn’t available to most investors at the time. While some caught a faint whiff of Wuhan’s troubles back then, the stories were buried on inside pages, and few would have suspected that the threat of a pandemic would soon engulf the planet. The money managers, along with some muckety-mucks on Capitol Hill, were hearing the stories too, but with an urgent, well-informed emphasis on scary details that put the China crisis in play as a cheap speculation.

The son of a friend saw it all coming in January because he got very sick himself after Chinese classmates returned to MIT following Christmas break. He nearly died, and the experience led him to warn his parents and grandfather to sell all of the stock in their portfolios. The hedge fund guys were on top of situations like this too, and its dire implications hastened their full-tilt shift into risk assets. Some of them have reported gains exceeding 200% so far this year.

Lately they’ve been talking their book, baiting an eager news media that is often a crucial step behind the manias they love to write about. The Wall Street Journal, for one, ran a front-page article over the weekend under the headline Investors Bet on Volatility, Making Markets Even Wilder. It extensively quoted one Paul Britton, founder of a firm called Capstone Investment Advisors that is among the biggest players in tail risk’s Big Casino.  On the runover page, Britton is pictured in profile, absorbed in thought as he gazes across a prairie panorama earnestly searching for the Next Big Thing. A blow-up of this photograph would make an inspiring poster on the bedroom wall of some millennial who recently discovered, not Rita Hayworth or Farrah Fawcett-Majors, but day-trading. Does he even suspect that Britton and his ilk have already moved to the other side of the bet, selling risk premium fattened to enormity by the pandemic and its grave list of unknowables?  Probably not. In fact, nothing short of Armageddon could push pandemic put options in-the-money, and yet they are still an easy sale, the ultimate moral hazard. _______ UPDATE (June 16, 10:03 p.m. EDT): AAPL is closing on a very important rally target with he potential to stop the astounding bull run in its tracks, if perhaps only for a while.  But there is one other possible development that would not only end the bull market, it would send the Dow Industrials plummeting below 10,000.  It will not be a shocker or an epiphany,  but rather a horrifying thought that will sneak up on investors like a dreadnought on a moonless sea. Stay tuned for more.