Time for Bulls to Start Worrying 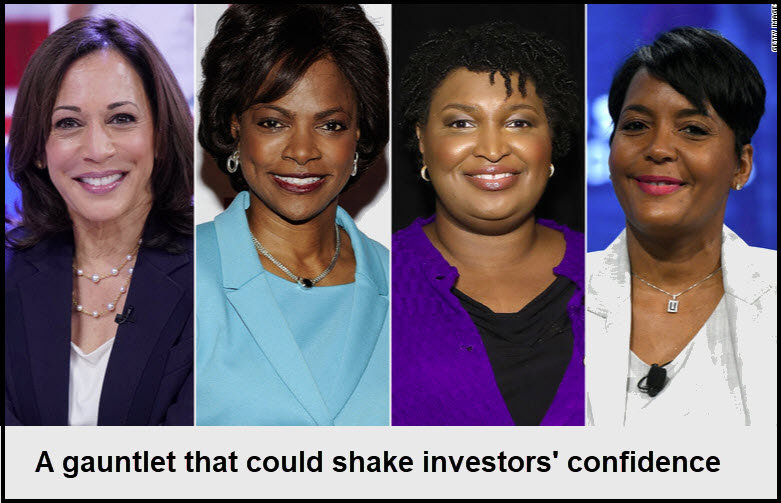 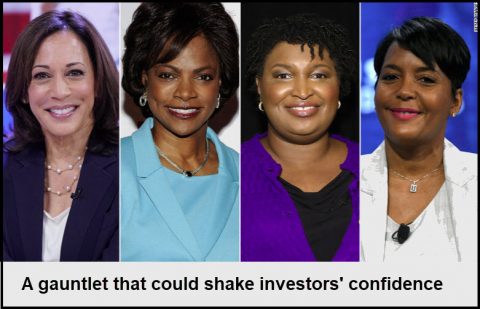 Although the rally on Wall Street flouts common sense and arguably even sanity, born-again bulls continue to rampage. What will put an end to their foolishness? Surely not more grim economic data, nor an increase in what is already the highest unemployment rate since the Great Depression, nor a wave of business failures that could eventually asphyxiate the consumer economy. None of these problems has even fazed investors over the last three months. However, creeping doubts about whether Trump is still a shoe-in to win in November could soon make further, upward progress impossible and even reverse the rally precipitously.

It is hard to predict exactly when investors will get a whiff of this possibility strong enough to throttle the bullish hubris that has dominated the business sections lately.  They may already have caught the scent of trouble, since stocks spent all of last week in an ominous stall. It became clearer as the week wore on that The Smart Money was distributing shares as gingerly as possible in order to avoid suffocating the delicate mix of buyers said to be driving the rally. The news media has invented the story that the buyers are largely millennials incited to day-trade by America’s long lockdown. If so, it’s difficult to imagine them, ensconced in their parents’ basements, accumulating exorbitantly priced FAANG stocks inflated by the Fed to simulate economic health. The Robinhood crowd may have been responsible for driving the forlorn shares of Hertz into a reckless spasm unlike any ever witnessed.  But HTZ was selling for 40 cents a share, and it is far easier to goose the stock above $5 than to budge a $2600 share of Amazon an inch.

Whoever was doing the buying, they will soon have to reckon with the fact the Trump is no longer a cinch to win re-election. His diminishing odds have nothing to do with polls that show Biden out front by as much as 12 points. The surveys are wrong simply because a significant number of Trump voters who have been censured into silence by the news media and the popular culture’s scolds would rather not talk about it.  But the election will be close in any case, since most voters are even more dug-in than they were in 2016.

There are two factors that could be game-changers, however. One is that Biden and the Democrats are much better equipped than the GOP to steal the election with mail-in ballots. Their organizational skills are better in the big cities, where the big electoral blocs lie, and the Dems would have a big edge on and around college campuses. Their ballot-harvesting prowess will become even more crucial if the courts rule that anyone can show up at your door on election day to collect your physical ballot for tallying.

The second factor that could swing the election to the Democrats is, paradoxically, Biden’s painfully obvious mental slippage. Any interview with him that runs longer than a minute or two reveals the seriousness of his decline. Biden can barely string two cogent sentences together, let alone run America, and Democrats must cringe when they picture sleepy Joe on the debate stage with Donald Trump. However, as most observers seem to recognize, Biden is no longer the actual presidential candidate; his soon-to-be-chosen running-mate is.  He is committed to picking a woman of color for the job, and it will very probably be one of four women: Kamala Harris, Susan Rice, Stacy Abrams or Valdez Demings.  The last is a Florida congresswoman whose 27-year career with the Orlando police force led her to the top of the department.  A black woman in the White House is a Democrat’s wet dream, and it will bring them out in force on election day.

Republican voters will respond in-kind to the perceived threat of a progressive coup that end-runs Biden — and that is how it would be seen by them as well as by an unknown number of centrists and independents.  Given the near-lock that progressives have on the news media, the popular culture and virtue-signaling corporations, holding onto the Supreme Court is of life-or-death importance, politically speaking.  The Democrats’ agenda has grown more menacing than anyone could have imagined just a month ago with extremists’ calls to defund the police. This kind of crazy talk is rightly viewed as an existential threat to the Republic. Wall Street, even in its current, sunny state of derangement, will not be able to ignore the menacing clamor of a mob that could be just an urban incident away from Maoist revolution.

It is Trump’s election to lose, and the news media will do everything in its power to defeat him.  Stoked by leftist rabble that are effectively running America’s big cities now, editorialists will brazenly ignore any negative stories about Biden and his running mate. At the same time. they will hit Trump with everything they’ve got, treating his every misdeed as a potentially impeachable offense.  The MAGA crowd will need to believe deeply in their cause to parry media lies as the campaign progresses.  In the meantime, investors are certain to grow increasingly queasy as November approaches, and even despairing if Trump’s popularity should slip.  The demands on his leadership will intensify as the nation edges toward civil war. Unfortunately, there have been few signs so far that the President is capable of rising above the fray to demonstrate the kind of wisdom Americans will need to get them through these extraordinarily difficult times.