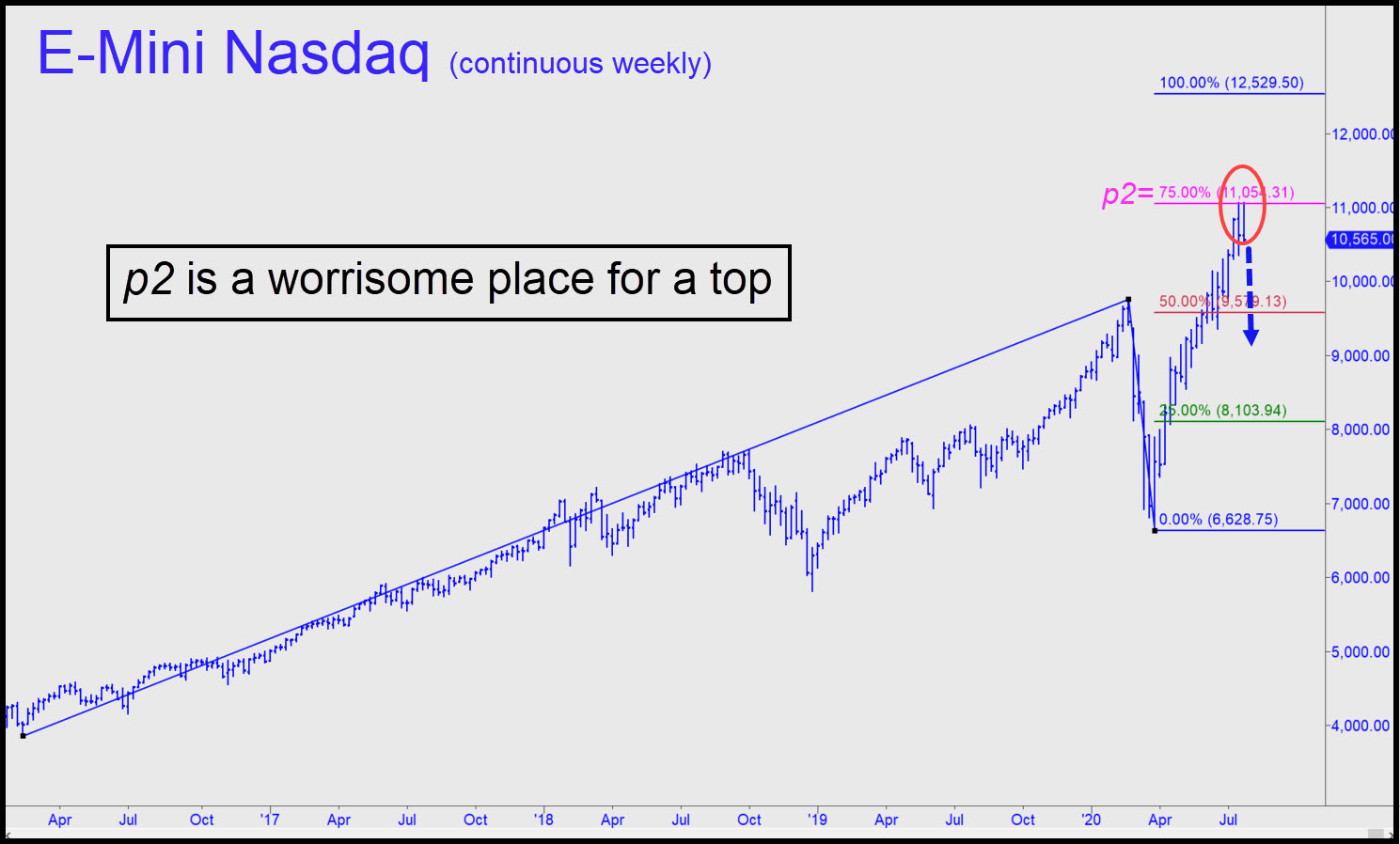 The pullback from a record high precisely at p2=11,054 should have bulls worried. This is the pattern’s secondary pivot, and it would not be the first time that it has stopped a strong rally in its tracks. That is why I called it a potential giant-killer here yesterday, although I was referring to the p2 of a smaller pattern associated with the S&P 500 Index. I doubt that it is mere coincidence that both vehicles have stalled where they did. Now we should expect a retracement to at least p=9579, a midpoint Hidden Pivot that lies nearly a thousand points below. The good news is that the futures would become a fetching ‘mechanical’ buy, at least in theory, on such a pullback.  There are still higher targets outstanding in the major indices, and that’s another reason for optimism. Whatever happens, it looks as though bulls are about to have their mettle tested for the first time in four months.