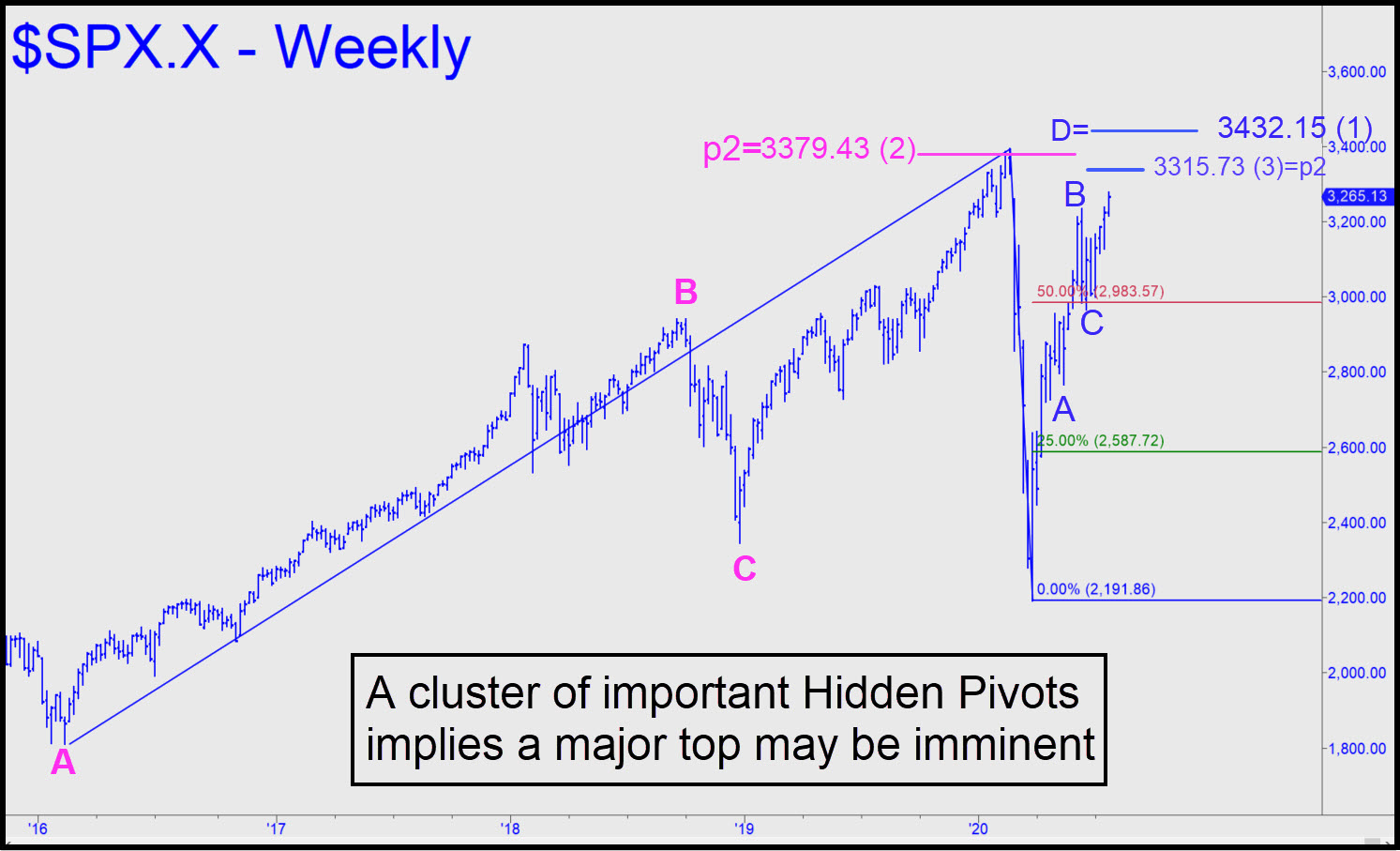 A cluster of ‘hidden’ resistance levels not far above suggests that a major top could be imminent. They are numbered to indicate my first, second and third choice of Hidden Pivots with the potential to stop Covid-mania dead in its tracks. Two of the pivots come from the ABC pattern labeled in blue, and they represent, respectively, the p2 ‘secondary pivot’ and D target of that pattern; the third, in pink, is the secondary pivot of a giant bullish pattern stretching back to 2016. All can be shorted with a tight stop loss, since I expect each in succession to show very precise stopping power. If the opportunity arises, however, you should act most aggressively and with a wider stop-loss at the topmost pivot, 3432.15. _______ UPDATE (Jul 26): Last week’s high fell 35 points shy of the lowermost target shown in the chart, 3315.50. The subsequent pullback was relatively mild, and the week ended with bears struggling to push the futures any lower.  Unless the tempo of the selling picks up by mid-week, look for bulls to regain the upper hand and make another stab at 3315. _______ UPDATE (Jul 29, 6:50 o.m.):  Bears are quite depleted, allowing DaBoyz to turn a 3198 midpoint resistance into support with little buying. They are waiting for the right news to pop this beast to p=3315, but I doubt it will go much higher straightaway, so be prepared to lay out shorts there.