Buffett Takes a Symbolic Step Away from the Dark Side 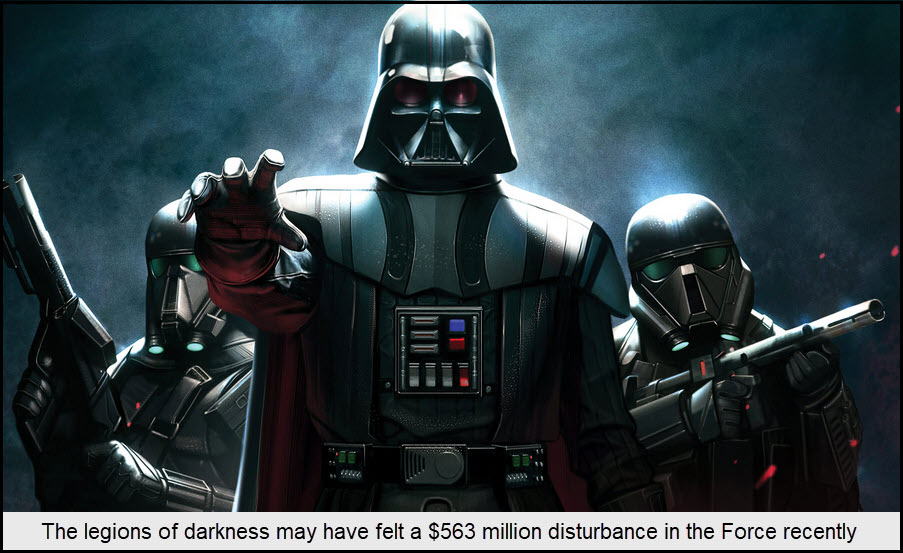 Bullion fans were revved up after Friday’s close when they learned that Warren Buffett had taken a plunge in bullion, acquiring shares of Barrick Gold worth about $563 million. This is welcome news, but it is also small potatoes for Berkshire Hathaway. Recall that when the investment firm bought $9.7 billion worth of Dominion Energy’s gas transmission lines six weeks ago, it was seen as just a token bet on the energy patch. Still, if anyone is going to jump on a long-term trend before most have noticed it, it is Buffett. He may be a johnnie-come-lately compared to gold bugs who have been sitting on physical and accumulating mining shares for years, but it seems unlikely that Buffett would even bother with bullion if he did not see a favorable trend developing for the long term.

To be sure, his defensive instincts are probably ratcheted to-the-max these days, in no small part because of the large position he has amassed in Apple. No one, least of all a legendary bargain-hunter like Buffett, could believe the consumer electronics firm’s shares offer good value for a current $2 trillion. It should therefore come as no surprise that the Sage of Omaha has been edging toward hard-money assets to preserve his capital in these way-too-interesting times. Perhaps even more significant than his gold bet is a corresponding decision to exit the remainder of his position in Goldman Sachs and to greatly reduce positions in JP Morgan Chase and Wells Fargo. We can reasonably infer that he sees lower profits ahead for paper-shufflers and deal-makers, and perhaps even for their trade desks. It does not require a big leap in logic to suggest as well that Buffett sees an end to financialization itself.  Although Berkshire has gone along with the global shell game for many years, albeit with far less leverage than the big banks, no one could believe he trusts a game that enriches mountebanks whose main skill is hyperleveraging snide.

Gold bugs should take encouragement from Buffett’s move away from the Dark Side, since it symbolizes the possibility that honest money could someday return.  The consequences for debtors will not be pretty, but it is the only way back for a financial system that has been fatally compromised by hubris, stupidity and greed. _______ UPDATE (Aug 17, 6:56 p.m.): Buffett’s change of heart prompted a fascinating essay at ZeroHedge. Although in public he has never shown much respect for gold, it turns out that his father, Howard Buffett, considered gold-backed money essential to our freedom. Here’s the link.