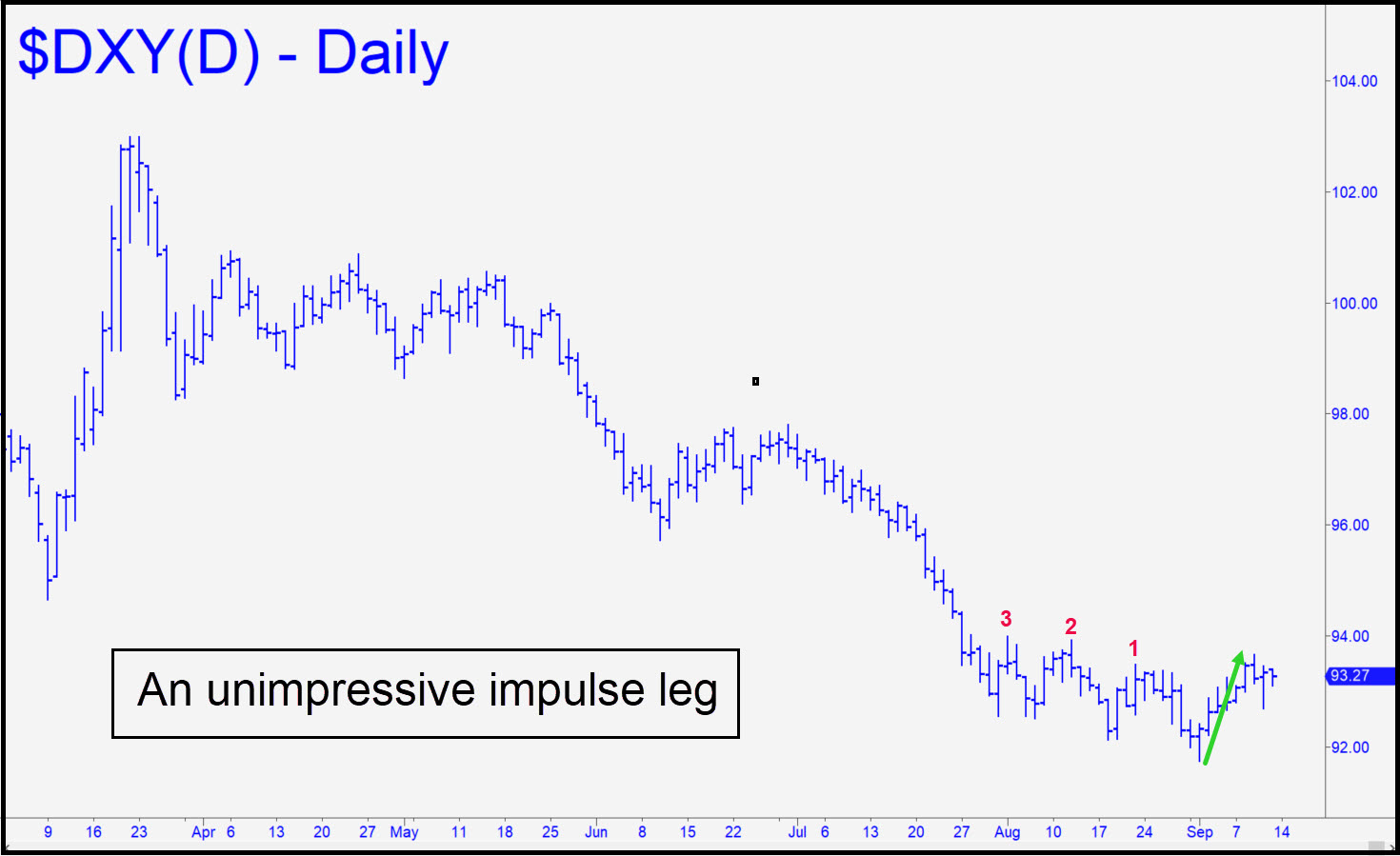 I’ve been looking for signs that the upturn from 91.75 on September 1 is the start of a major bull run, but so far the evidence is inconclusive. The impulsive rally since then had a chance to demonstrate exceptional strength by surpassing the three ‘external’ peaks shown in the chart. In the actual event, it got past only the first before correcting significantly as last week ended. Bulls could make amends with a thrust this week that vaults the other two peaks, but until that happens, we should view the rally with caution, if not quite skepticism. _______ UPDATE (Sep 16, 5:25 pm.): The lack of follow-through to the rally begun on September 1 from 91.75 has been dispiriting, but don’t give up yet. It would take but an unpaused thrust exceeding peaks #2 and #3 to change the picture dramatically. ______ UPDATE (Sep 21, 10:12 p.m.): With just a modest upthrust, the Dollar Index will take out two ‘external’ peaks, generating an impulse leg on both the intraday and daily charts. Its imputed power will depend on whether it can do so without any more pullbacks, even minor ones, and the move would be even more bullish if DYX doesn’t trade beneath the higher peak (93.99) for at least a week or so after exceeding it. Here’s the chart.