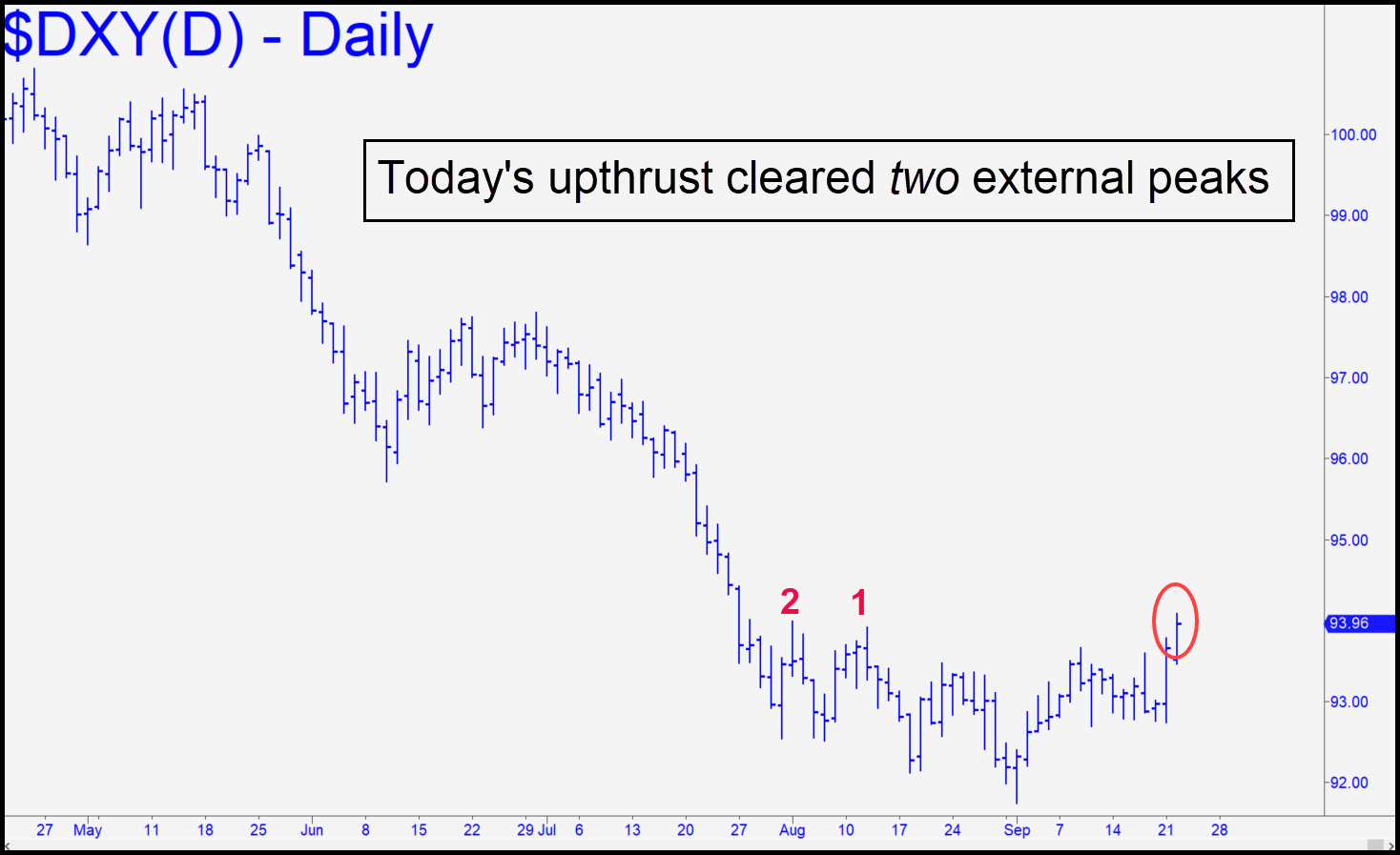 Today’s modest pop exceeded two more external peaks on the daily chart, bringing the total to three — all by a rally that has yet to correct. This implies a powerful impulse leg in the making — one that could soon dispel any doubts about the importance of the September 1 low at 91.71. If this is in fact the  start of a major bull move in the dollar, all of the trends that have been in motion since the bombed-out March 23 low are going to reverse:  Shares, including the FAANGs, will fall, the precious metals will turn weak and T-Bonds will get new respect as a safe haven.  None of this will necessarily happen overnight, but as the implications of the dollar’s strength become more apparent, that will turn the tide. Debtors are headed for trouble, and the effects of Fed stimulus are about to go deader than Kelso’s testicles. _______ UPDATE (Sep 23, 9:23 p.m. ET): This week’s surge has exceeded two prior peaks on the daily chart, two of them ‘external’, without taking a breather. Now, if the rally punches through D=94.61 with little effort, that would further strengthen the argument that we are witnessing the beginning of a major move. _______ UPDATE (Sep 24, 9:47 p.m.):  Thursday’s rally to within two cents of the 94.61 target I’d drum-rolled has the entire world on edge.  Exciting though this may be, it does not call for speculation; we’ll let price action over the next day or two speak for itself.