Excruciating Pain for Bears Suggests a Top Is Nigh 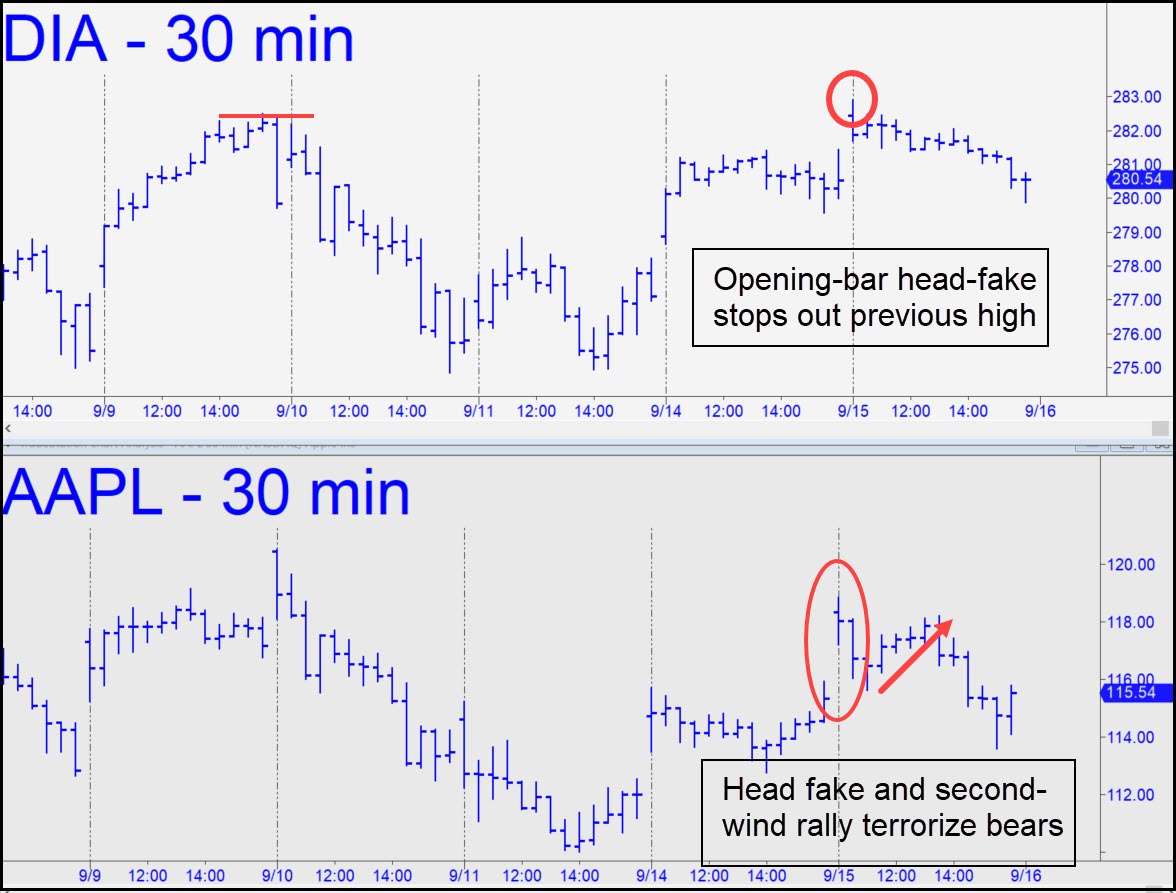 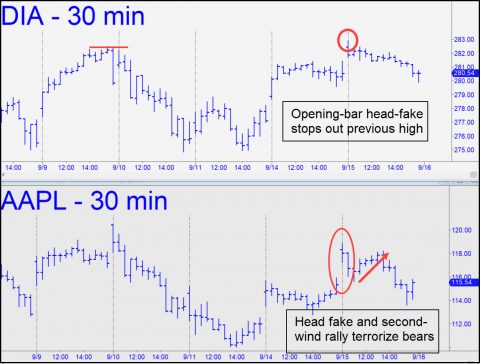 It was so challenging to stay short on Tuesday that the broad averages must surely be at or near an important top. This is an instinctual observation rather than a technical one, but I’m inclined to trust gut feelings based on the evidence. The two charts above illustrate the point. Notice that DIA, an ETF proxy for the Dow Industrials, head-faked on the opening bar to exceed a visually distinctive peak recorded four days earlier. The overshoot was not by much, but it would have sufficed to stop out bears using that peak to set a stop-loss just above it.

Similarly, AAPL mau-maued bears on Tuesday’s opening bar with a gap-up, short-squeeze opening that exceeded the previous day’s closing price by nearly 3%. If that didn’t spook them badly enough, the stock staged a second-wind rally that brought AAPL within striking distance of the earlier high.  The stock then fell sharply for the remainder of the day, and for good reason: buying power from short-covering bears had been spent on the two fright-mask run-ups. The foregoing is not meant to imply stocks will necessarily collapse in the next day or two, but it’s obvious that Mr. Market is burning out shorts with the kind of brutal price action that could exhaust them soon. They are the most important source of buying power in a rally as grotesquely overextended as this one, and when the last of them has been gutted and disemboweled, it will be lights out for revelers.