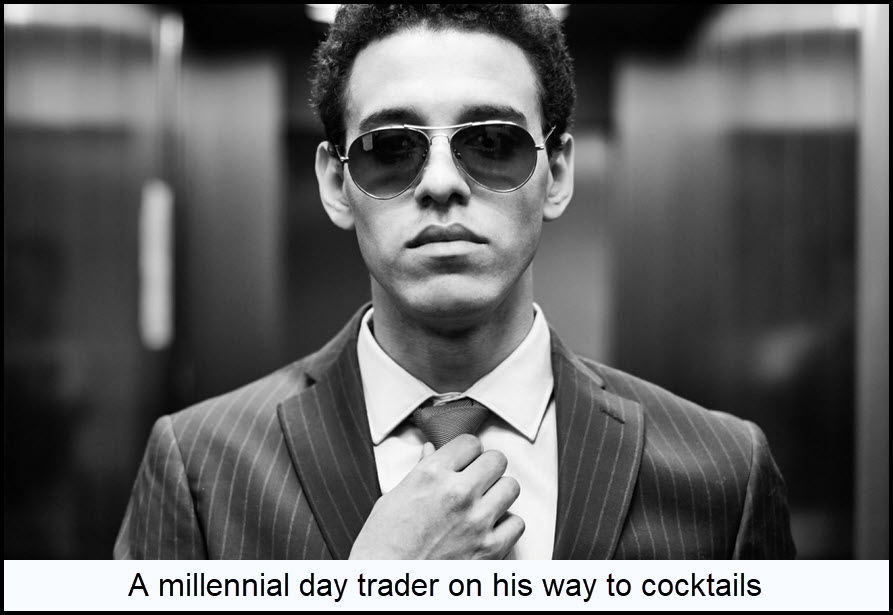 I featured a cautionary headline atop this page for the last two days, but they way stocks have been behaving, we all might as well throw caution to the wind. Technical signs looked quite bearish when the week began, and the way certain stocks and index futures were acting gave me to infer they were headed for a nasty fall.  And fall they did, but by mere inches, not feet. In many trading vehicles, including the E-Mini S&Ps and AAPL, each ratcheting move lower was answered with the bullish equivalent of “Up yours!”.

The net result is that the downtrend, such as it is, has been well nigh unshortable for anyone not possessing rare patience and brass balls. I hate to break the bad news to all of you permabears, but if three straight days of weakness has pushed the Dow down by only 776 points, the pessimists may as well pack it in. Fortunately, many Rick’s Picks subscribers are already locked and loaded for the inevitable bullish reversal via some way-out-of-the-money AAPL butterfly spreads acquired for just $36 apiece. They have the potential to hit $1000 if the stock catches fire yet again between now and November 20, when the calls expire. Members already cashed out of half of the position for twice what they paid, so there is zero risk in holding what remains. That means that whatever the options sell for at any point henceforth will be pure profit.

Stocks Finally Bend to the Weight of News