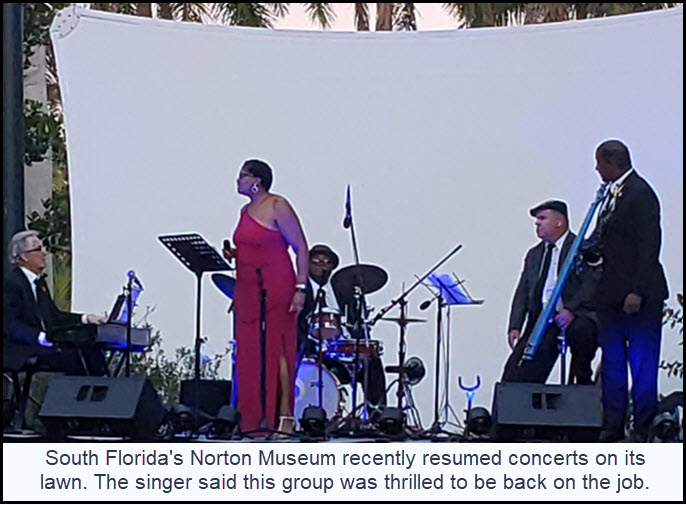 The rabid mania that has seized the world of investables has gotten so much ink lately that I thought I’d explore an equally curious phenomenon with a far greater impact on our daily lives. Have you noticed how time seems to have taken wing during the pandemic?  Each Friday follows the last so quickly that, speaking as a man in his 70s who is rounding the final turn, I struggle to invent ways to keep the months and years from slipping away with equally alarming speed. I have a possible solution, one that could work for you as well that I will tell you about it in a moment.

But first let me ask whether you’ve experienced the same thing yourselves. For me, the speed-up of time started to become unsettling when the interval between haircuts seemed to grow shorter and shorter. I typically let six weeks go by, but lately my hair has started to look pretty shaggy after only a few weeks. Or so it seemed. When I started recording the date of my last clip-job on an Outlook calendar, I discovered that what had felt like a mere three or four weeks since my last haircut was actually closer to the normal six weeks.

The same seeming compression of time has occurred in other areas of my life. Dental appointments spaced at four months have begun to feel as though they are popping up twice as often. Biannual visits to my urologist now stare me in the face seemingly every time I flip the calendar. I can hardly keep up with Outlook reminders to send out birthday cards, and yearly payments for life insurance, long-term care coverage and golf-club membership are coming due relentlessly.

What could account for this feeling that time is accelerating? Thomas Mann’s opus The Magic Mountain offers a profoundly insightful answer. The relevant chapter is called Excursus on the Sense of Time, and it so lucidly illuminates how we experience the passage of time that I have republished a key excerpt here several times over the years. In the Excursus chapter, Nobelist Mann is the poet-philosopher’s Einstein, a supremely gifted writer at the height of his literary powers. He likely would have viewed the shift toward pandemic-induced sameness in our days as potentially harmful to the human psyche. Indeed, the threat of contagion has severely limited the scope of our daily activities, producing monotony. As to its harmful effects and the ways in which it has altered our perception of time as we experience it, I will quote Mann at length, since no summary could do justice to the luminous truth of his observations. The passage is from H.T. Lowe Porter’s translation, in a Knopf edition, of Der Zauberberg:

The Tempo of Monotony

Many false conceptions are held concerning the nature of tedium.  In general it is thought that the interestingness and novelty of the time-content are what “make the time pass”; that is to say, shorten it; whereas monotony and emptiness check and restrain its flow.  This is only true with reservations. Vacuity, monotony, have, indeed, the property of lingering out the movement and the hour and of making them tiresome.  But they are capable of contracting and dissipating the larger, the very large time-units. to the point of reducing them to nothing at all. And conversely, a full and interesting content can put wings to the hour and the day; yet it will lend to the general passage of time a weightiness, a breadth and solidity which cause the eventual years to flow far more slowly than those poor, bare empty ones over which the wind passes and they are gone. Thus what we call tedium is rather an abnormal shortening of time consequent upon monotony. Great spaces of time passed in unbroken uniformity tend to shrink together in a way to make the heart stop beating for fear; when one day is like all the others, then they are all like one; complete uniformity would make the longest life seem short, and as though it had stolen away from us unawares.  Habituation is a falling asleep or fatiguing of the sense of time; which explains why young years pass slowly, while later life flings itself faster and faster upon its course. We are aware that the intercalation of periods of change and novelty is the only means by which we can refresh our sense of time, strengthen, retard and rejuvenate it, and therewith renew our perception of life itself. Such is the purpose of our changes of air and scene, of all our sojourns at cures and bathing resorts; it is the secret of the healing power of change and incident.

So how can we “rejuvenate our sense of time” as the pandemic’s grip on our daily lives begins to loosen? Enjoying the outdoors has been an obvious answer all along, but other avenues are beginning to open up as more people get vaccinated. My idea –something you or anyone else can do — is to produce a backyard concert with a neighbor. Friends of mine in Boulder have been doing this for years, but the pandemic put a temporary halt to it. With spring approaching, however, it’s a perfect time to revive this kind of low-key entertainment. Musicians are hungry for work, and their fans are more eager than ever to hear them “live”. Because musical talent is so underpriced, you can hire the very best in the world at an affordable price, especially by passing the hat at the end of the show.

To inspire you, here are links to YouTube videos of three favorites of mine whose music I’ve enjoyed in intimate settings, including the basement of a friend’s home: percussionist Rony Barrak; blues harp player Mark Ford; accordionist Alicia Baker and pianist Joanne Brackeen. Each is as talented as anyone you have ever heard in a large concert hall, and all it would take to hire any one of them is a phone call to their agent or the local musician’s union.  Live theater, dance and chamber music are just as affordable and available for the asking. Call a local or regional repertory theatre to get things rolling for a great summer’s night in your own back yard. They’ll be thrilled to hear from you.