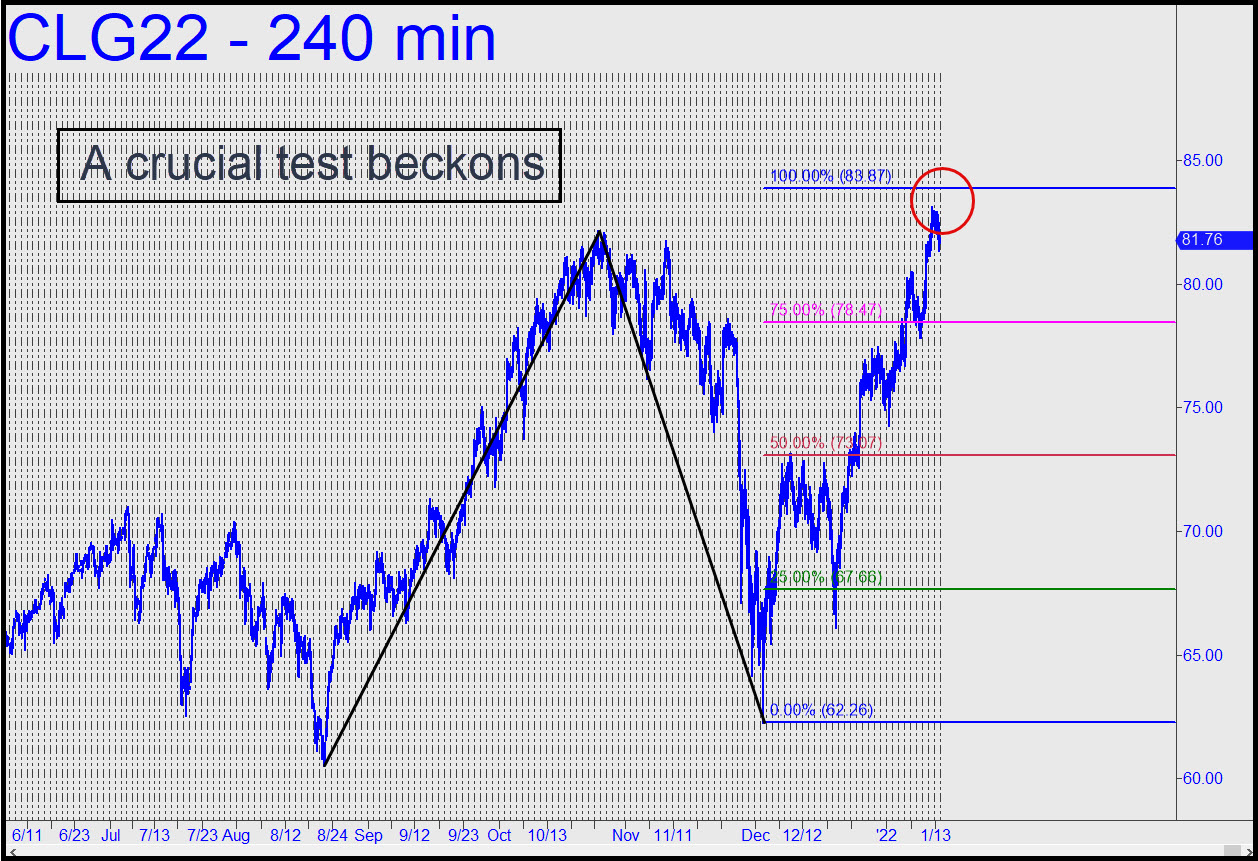 February Crude is in a crucial place, just shy of an 83.87 rally target that has taken nearly five months to reach. Tradeable resistance there should be fairly exact, given the way the futures pulled back so dramatically from within just six cents of p=73.07, the pattern’s Hidden Pivot midpoint resistance.  I’d still suggest using a tight ‘camouflage’ set-up to reduce entry risk on the implied short, since the pattern, obvious as it is, can hardly be regarded as ‘our little secret’. However much the futures retrace after hitting D, we should be open to the possibility that the next leg up, assuming there is one, will hit $100. If there is no pullback and the February contract simply blows past 83.87, then $100 oil will not only become certain, it will come quickly.  That would be yet another body blow for the psychotic bull-market-that-wouldn’t-die-but-seems-to-be-dying-nonetheless.