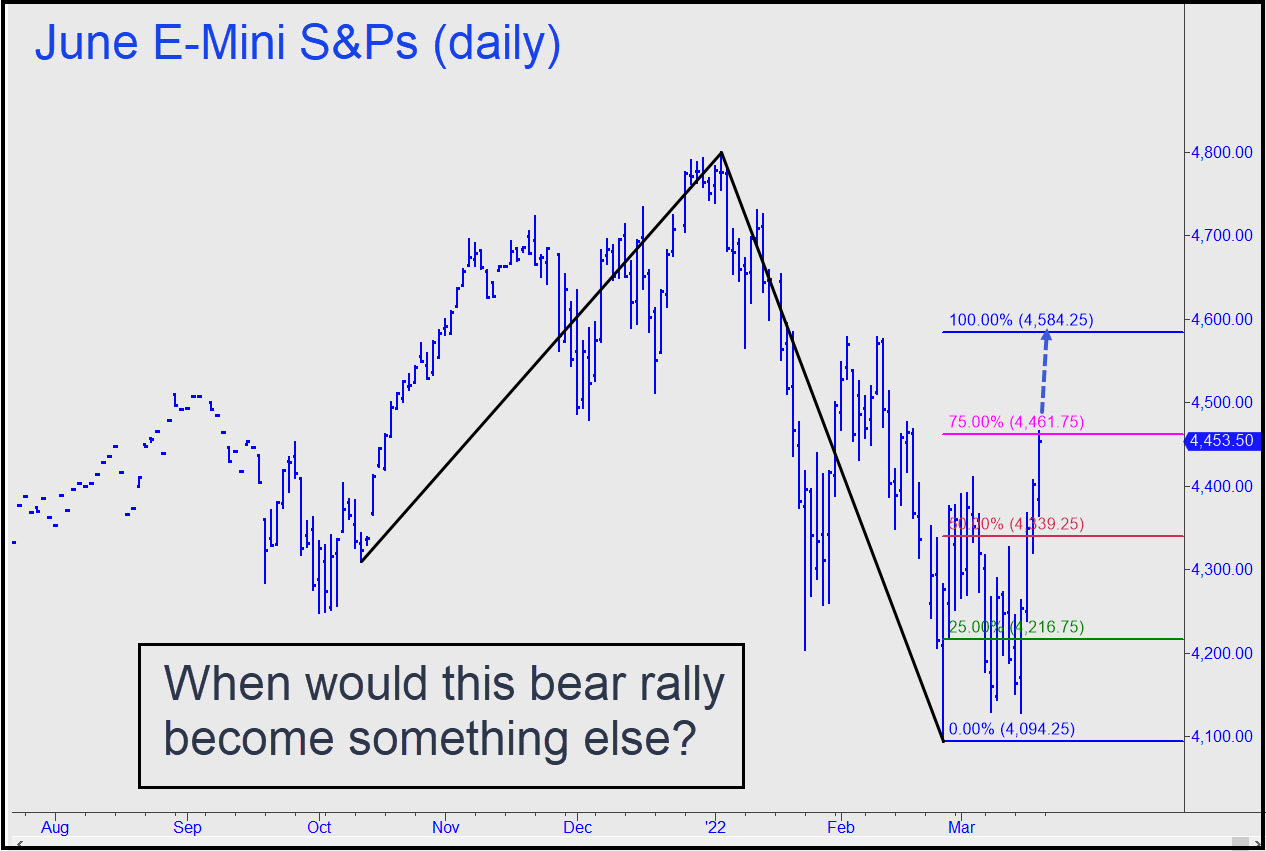 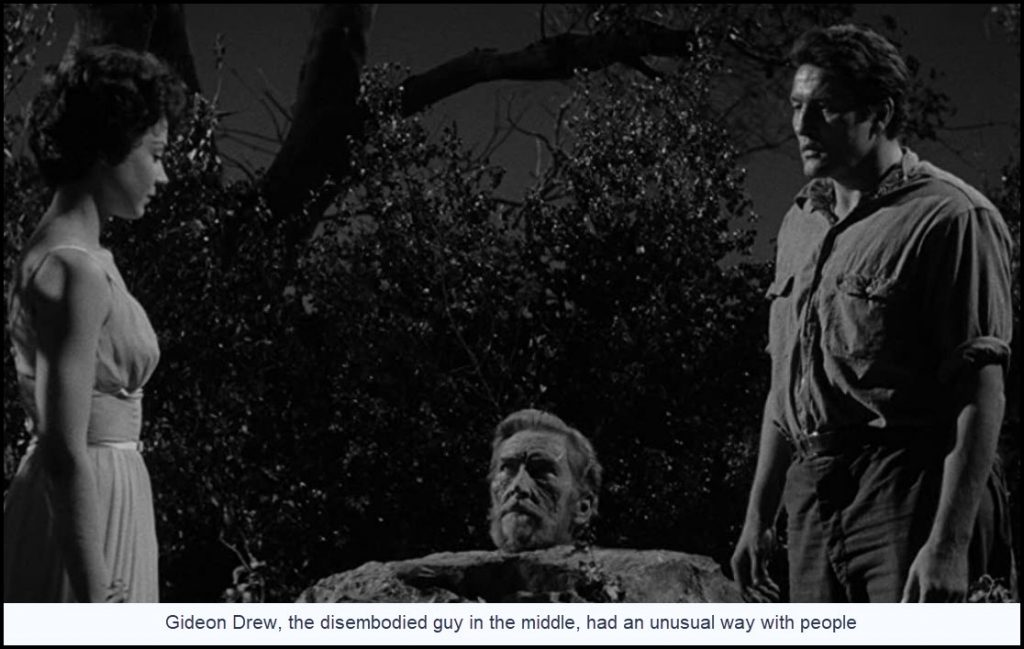 With the supposed bear rally about to enter its fifth week, I am reminded of Gideon Drew, “the thing that wouldn’t die” in the 1958 horror movie of that name. Like Drew, the stock market has become a disembodied monster, able to command loyalty and teacherous obedience with just a creepy movement of the eye. The fictional Drew was beheaded for devil-worship by Sir Francis Drake, but the evil-thinking piece of him came back to life when the crate in which it was buried got dug up by some hapless D-list actors.  They are akin to today’s investors, who for 13 years have been mesmerized by a stock-market bull that long ago decoupled from the corpus of reality. The bull will eventually send them over a cliff, as all bull markets inevitably do. But until that happens, the delusional herd will remain transfixed by the incantations of greedy Wall Street hucksters who can spin alluring dreams from even the scariest headlines.

And scary they are — so much so that the potentially world-shaking geopolitical disaster in Ukraine ranked only seventh on one well publicized list of Americans’ biggest concerns. With such a formidable catalogue of troubles, it seemed more than a little plausible that the powerful selloff of stocks that began on January 4 was the start of a bear market. That is still what many, including some of my most astute guru colleagues, seem to believe. We were pretty cocksure about this when the S&P 500 dove 600 points, or 12%, in the first three weeks of the year. When a powerful bear rally intervened in late January/early February, most of us stood our ground; and then we doubled down on costless certitude when stocks began to plummet anew at the end of February. Now they are thrusting sharply higher again, pushed by intense short-covering that reeks of stupidity. And yet, if the stupidity continues for just a few more days, stocks will reach a threshold at which bearish certitude — or at least mine — will begin to wither. Here’s a chart that shows the E-Mini S&Ps bound for at least 4584.25. If that Hidden Pivot is reached, the move would surpass two ‘external’ peaks, revitalizing the bullish energy of the chart. At that point new record-highs would become, if not certain, then at least likely. Caveat venditor!  Let the short seller beware!