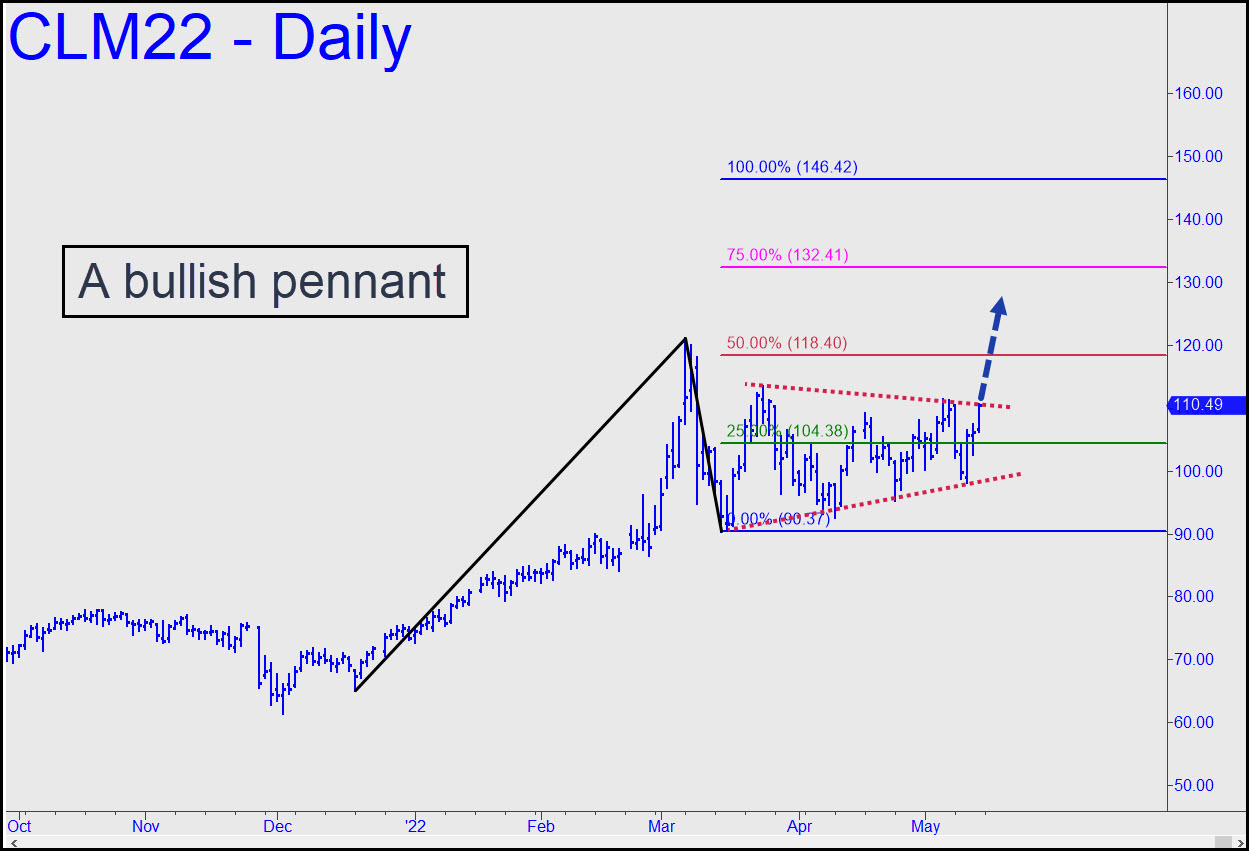 The pennant  formation shown is building a base for June Crude to pop to as high as 146.42. This seems incredible and goes against the grain of my recent forecasts, which have implied that crude topped at $121 in March. Even so, I’m forced to consider the possibility of a powerful upthrust, based on the purely technical evidence in the chart. Such a move would not likely be caused by a surge in the global economy, which appears headed toward deep recession. It would also be bucking deflationary headwinds that will continue to mount as higher interest rates crush borrowers.  The only way crude could get to $146 is with a massive disruption of the distribution chain such as war might cause. Is the chart predicting a geopolitical conflagration?  So it would seem.