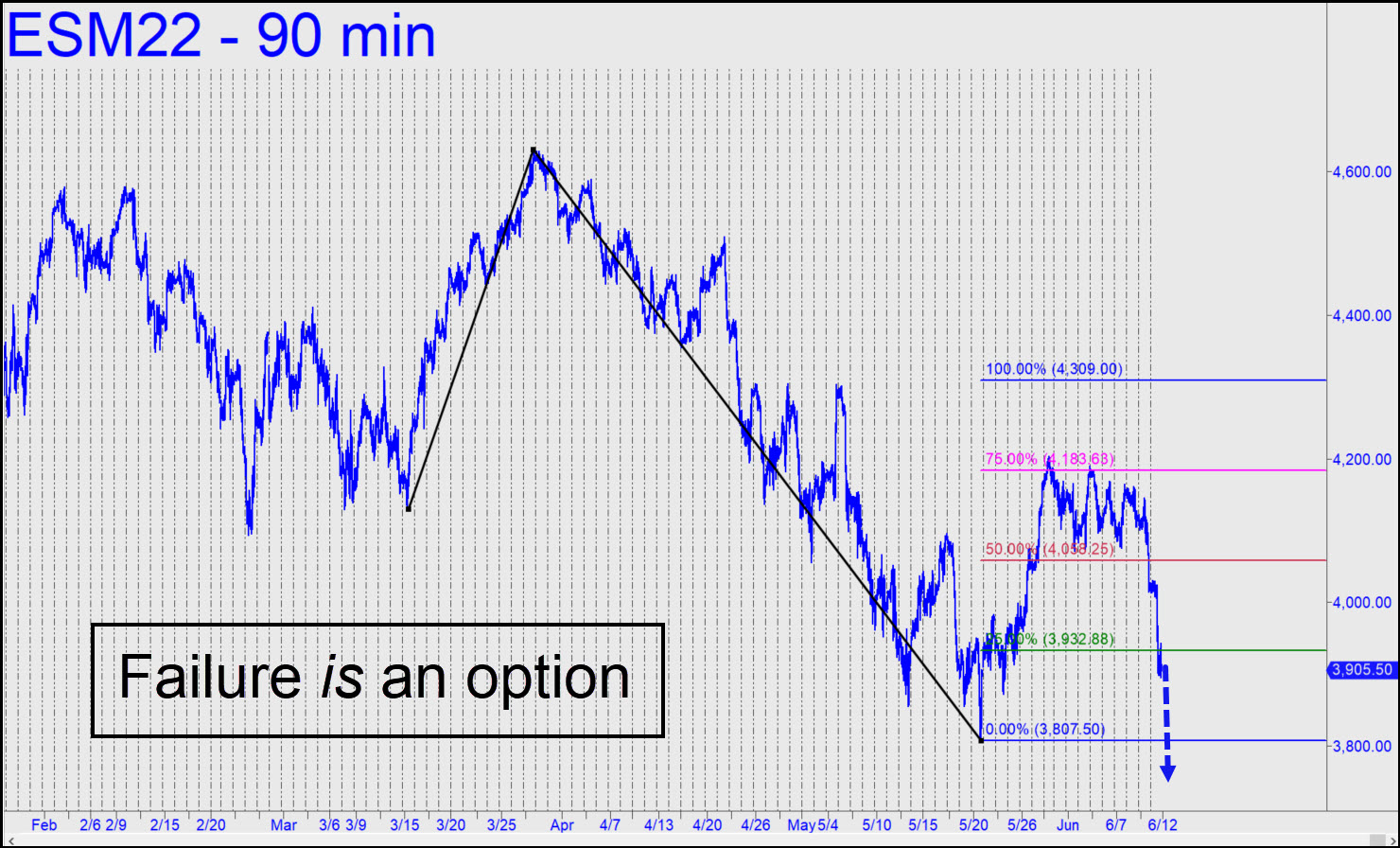 The ostensibly bullish pattern shown looks primed to fail, but I am featuring it anyway because it looks almost too ‘textbook’ not to work. Almost. Granted, winning ‘mechanical’ set-ups are supposed to seem scary when they trigger, but in this case we’ll pass up the opportunity and watch from the sidelines. Were so promising a pattern as this to seven out, it would add to the evidence that the bear ‘s full fury is not yet spent. Nor is it a sign of good health that a downside target at 3850 that had been five months in coming has produced a measly 10% bounce. Here’s a chart for the September contract if selling spills into the new week. The downside target is 3708.50, and judging from the way bears crushed the midpoint support on Friday, it will be achieved. ______ UPDATE (Jun 15, 12:24 p.m.): The 3708.50 target caught the exact-to-the-tick low of this week’s 200-point avalanche, enabling numerous subscribers to report instant, substantial profits in the Trading Room. The bounce so far has been 55 points, but bulls should be troubled that it wasn’t twice that.  We’ll give it another day to see if short covering can do what bulls evidently cannot. _______ UPDATE (Jun 16, 10:22 p.m.): Bulls will have a chance to turn things around at p2=3678, but if this feat of engineering fails on a Friday as seems likely, look for more slippage to the 3502.00 target. A tradeable bottom is likely if that target is achieved.