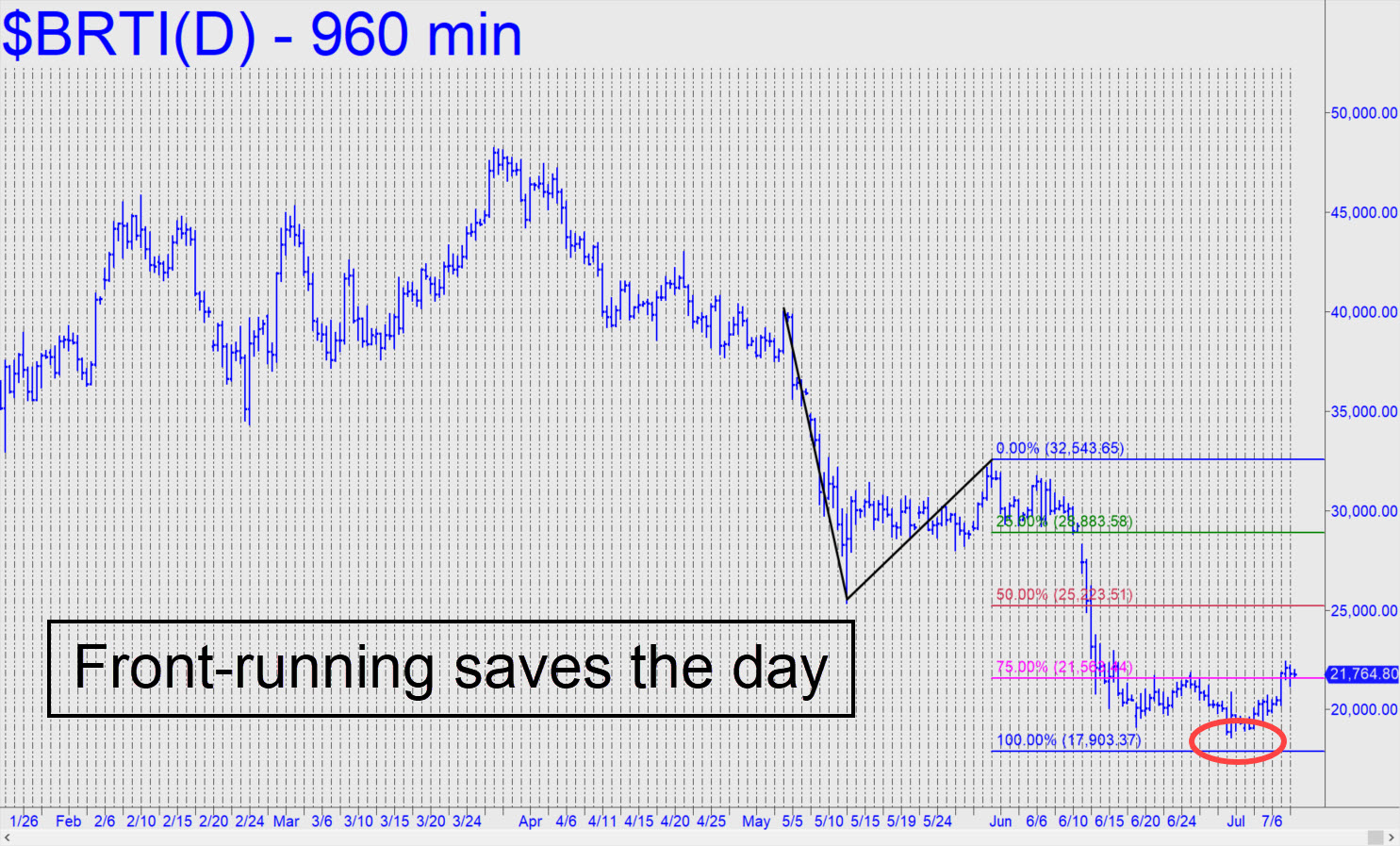 Much as I’ve been hating Bertie lately, I’d have been eager to bottom-fish down near D=17,903 if this bitcoin proxy had come closer to it.  The Hidden Pivot target should have been achieved, given the way sellers stabbed p=25,223 on the way down a month ago. Instead, we saw an upturn from $700 above it. Ordinarily I would infer this is more bullish than a reversal from the target itself. In this case, however, I have assumed buyers jumped the gun only because of the obviousness of the pattern and its target. That doesn’t mean a real rally could not begin with brazen front-running as has occurred here, but it does suggest that the overweening eagerness of the players could become a negative as profit-taking enroute to the round number $25,000 grows intense.