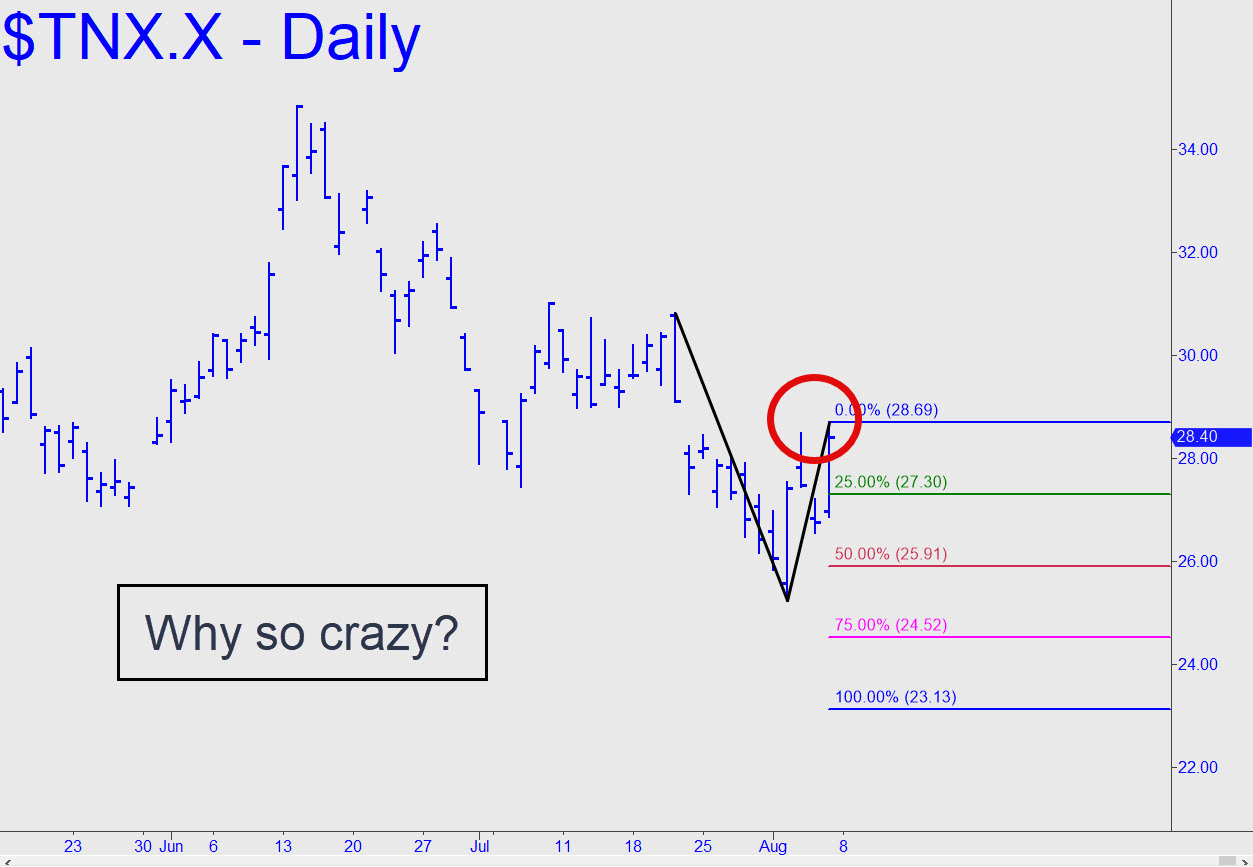 It was odd to see this vehicle gratuitously stop out deflationist bets on Friday, trading as though it were a malign, nutty natural gas contract. Such nasty price action in this interest-rate proxy can only be ascribed to the shaky inventiveness of the fraudsters who run the central bank. The old adage ‘Fake it till you make it’ doesn’t apply in their situation, since it is more a case of ‘Fake it till you trigger a global depression’. In the meantime, the idiotic will-they-or-won’t they game that has been driving the markets for more than a decade may have run its course with the recent 75-basis-point rate hike.  With the country officially in recession and a third consecutive quarter of GDP shrinkage likely to settle the political argument over semantics, more tightening seems almost as unlikely as easing. Does that mean market forces will come to bear more forcefully on rates? That sounds pretty scary, but even scarier is the possibility rates will continue to fall, as they’ve been doing since mid-June, because the economy is imploding.