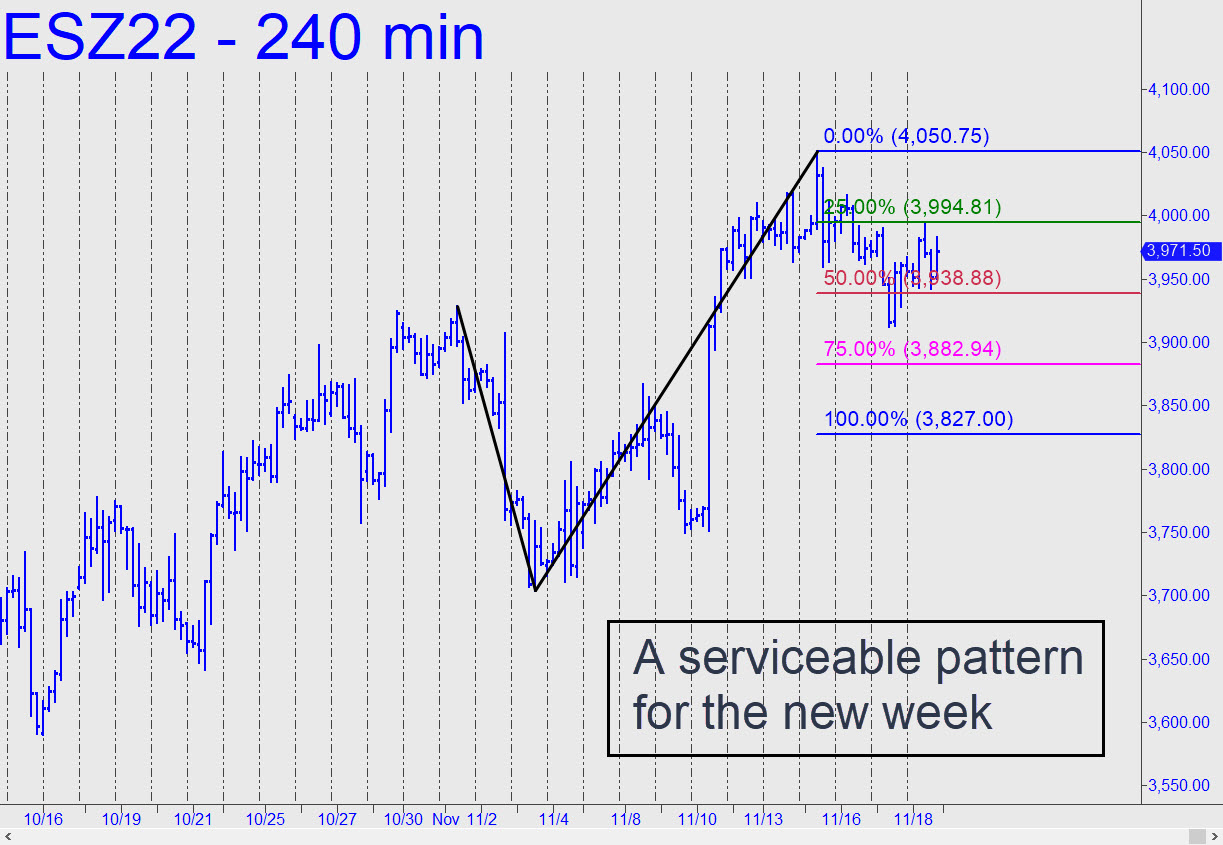 The corrective pattern shown was proffered by a keen-eyed subscriber in the chat room on Friday and should work well to keep us abreast of the trend as the new week begins. It triggered a ‘mechanical’ short in the first hour that could have been worth as much as $2,800 before the day ended.  The way the downtrend penetrated p=3938 will slightly favor bears, but we’ll stay open-minded to the possibility that DaBoyz will blow out the reverse pattern’s ‘c’ high at 4050.75 Sunday night or Monday. If not, try bottom-fishing at D=3827.00 with as tight a stop-loss as you can craft. _______ UPDATE (Nov 22, 6:41 p.m.): The short at 3994.81, stop 4051.00, triggered at 1:45 p.m. EST. Those of us who swear by ‘mechanical’ trades are obliged to love this one, if only in theory, since who in their right mind would want to initiate a short at the tail end of a Tuesday before Thanksgiving? The implied $11,000 risk on four contracts argues for a bit of ‘camo’ on the entry. Depending on how things play out between now and tomorrow morning, I may get a chance to explain exactly how this trade might have been done at tomorrow’s tutorial session. In the meantime, do NOT short this rabid badger.