[ In today’s guest commentary, Rick’s Picks forum regular Doug Graham sounds a note of deep despair over the political economy.  There are too many incentives, he says, for our corrupt and deeply dysfunctional system to stay just the way it is.  And even if we possessed the fortitude and resolve to put things back on track, the looming inflation of the dollar to the point of worthlessness will render any such efforts moot. RA ]

Pretty weird having front row seats to the destruction of the dollar, but here we are.  The leaders keep claiming they have a strong-dollar policy, yet the price of nearly everything, excepting housing and perpetually deflating technology, is now rising.  Every metal.  Grains?  Fuggeddaboutit. Energy?  Well natgas kind of threw us a curve, but even it is double its price from ten years ago.  We can argue the deflation debate forever, but the fact is your dollar buys you less of nearly every single commodity than it did in the Nineties.  Some, as much as 80 percent less.  You could not say this in the Eighties or the Nineties.

At the same time we have a government which evidently can do nothing but stimulate inflation, insisting on growing.  It is widely stated that governments produce nothing.   This is not entirely true.  Other than dollars, they also can produce national security and they do provide some services such as moving mail around.  In general, however, they do produce nothing.  If they were a part of the human anatomy, they are more like the colon (my apologies to the colon, an effective and efficient organ)  than the quadricep: vital for the whole to function, but not all that pleasant.   And yet, the only significant job-growth sector of the economy in the last two years has been government. 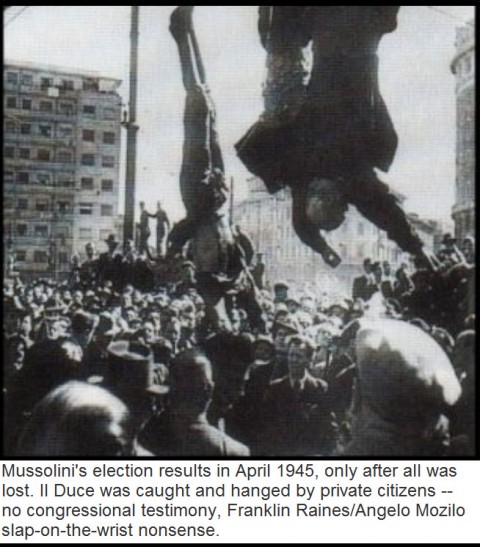 So our currency is losing value, our tax obligations are increasing, and nearly every economic indicator shows the barometer dropping and bad weather continuing.  I “Fear The Beard, and I’m not talking about S.F. Giants pitcher Brian Wilson.  I fear BS Bernanke and his beard.  He was the one who, a year-and-a-half ago, said “green shoots” were popping up everywhere.  He was the one who said in 2006 that subprime was contained and housing, nationwide, would never go down.  Fear the Beard!  The Beard who said this:  “The U.S. government has a technology, called a printing press, that allows it to produce as many dollars as it wishes at essentially no cost.” And this:  “Under a paper-money system, a determined government can always generate higher spending and, hence, positive inflation.”

I believe the nasty stuff hasn’t even hit the fan yet.  But it is coming, and nothing will stop it. And when it does, all wrongs will be righted.  It will be an economic “Control-Alt-Delete,” power-on reset.    The system will have to be completely rebuilt and re-booted. It is a mess.  So obviously, we all recognize the mess and want to clean it up, right?  Throw the bums out?  Renegotiate untenable pensions?   Hang ‘em high? (See picture above.)

Will we correct what needs correcting? I doubt we grow a conscience and the will necessary – at least not until the allied forces overcome those benefiting from the fascism/ corporatism/ corrupitalism.  Call it whatever you want, but if you are getting a lot more out of the system than you put in, you are a beneficiary, and you are the problem. This spans from CEOs (not all), and from the poor (not all)  gaming the welfare system, to public servants gaming their benefits (sometimes voluntarily, sometimes systemically), and likely a very varied list of others.

I heard a campaign ad before the election disparaging a candidate because he “wanted a smaller, responsible government” and that would be destructive to the local economy….sigh!

Will the nation have the equivalent of a big family meeting and hammer out a workable solution, or will we dig in our heels and accept an impasse that yields no real solution and the problems continue until they can’t? I am arguing that it will be the latter. Fat cats won’t change the system for obvious reasons. The non-elite and poor feel entitled, and one need only watch the perpetual re-election of Maxine Waters to understand this nonsense.  They just don’t get it. (Please YouTube obscene Maxine and her woeful defense of Fannie Mae and Franklin Raines….keep a bedpan close, though — you may hurl.)

The public servants can’t change their position because they are completely committed to defend the perverted accounting of their entitlement. (Please, do your own math, add up your contribution to your retirement, add up the total payout and tell me without snickering that it is fair to the taxpayer).  The public servant must keep the Ponzi going (even though they are effectively stealing from their heirs).  The politicians cower before the 30 million (or so) public servants because they are so well organized and vote in a block.  It is a political phalanx. You could never get all these folks in a room because they are so disparate, for one, but  they also have such different agendas.  Hence, nothing will change until it must.

Replace Hitler with BS Bernanke and fill in the sub-titles: “Vut do you mean, I can’t simply stimulate by dropping dollars from helicopters?  Inconceivable!  It vill verk!  My doctoral thesis proved this!” Nothing will likely change our direction because too many people benefit from our corrupt and perverted system.  Spare me the argument that it is not corrupt.  The S&L crisis produced over a thousand jail sentences, and we haven’t even had an indictment.   The S&L crisis cost $160 billion to repair.  We passed the trillion mark a long time ago and are still speeding away.  Sigh.  The elite won’t allow justice because it would cost them dearly, and the poor won’t demand it because the elite keep providing promises for their silence.

I am writing this prior to the elections.  Maybe a majority of our new leadership will be spun from the Ron Paul bolt of cloth.  Right.  Even if fiscally conservative folks occupy more positions in Congress and Senate, all the other players are still in place, blocking their move.  The ship is headed for an iceberg and no one can steer it away because there are so many hands holding the wheel.

The dollar is our Mussolini.  And the dollar will be hung, upside down, drained of all.  When that happens, all dollar-only denominated entitlements will be wiped out.  Those juicy pensions, the ones that are so well marbled that they seem nearly too good to be true?  Yeah, those will get neatly destroyed, too, with a hyperinflationary erasure.  Every aspect of the economy that relies solely on the benefit of the fruits of fiat currency will be corrected.  This includes many businesses, many that have miscalculated how dependent on the largesse they are.  Government will have to shrink violently.  There will be no money to pay for it, and the ruse of “we have to go deeper in debt to get out of debt” will be rejected.

And then the real drama will begin.  A nation will be full of desperate folks and a very small percentage of the elite rich.  A hobbled government eliminating services.  I have no idea how that will turn out, but I don’t think it will be neat or tidy.  I just hope the angry mob knows who to blame.