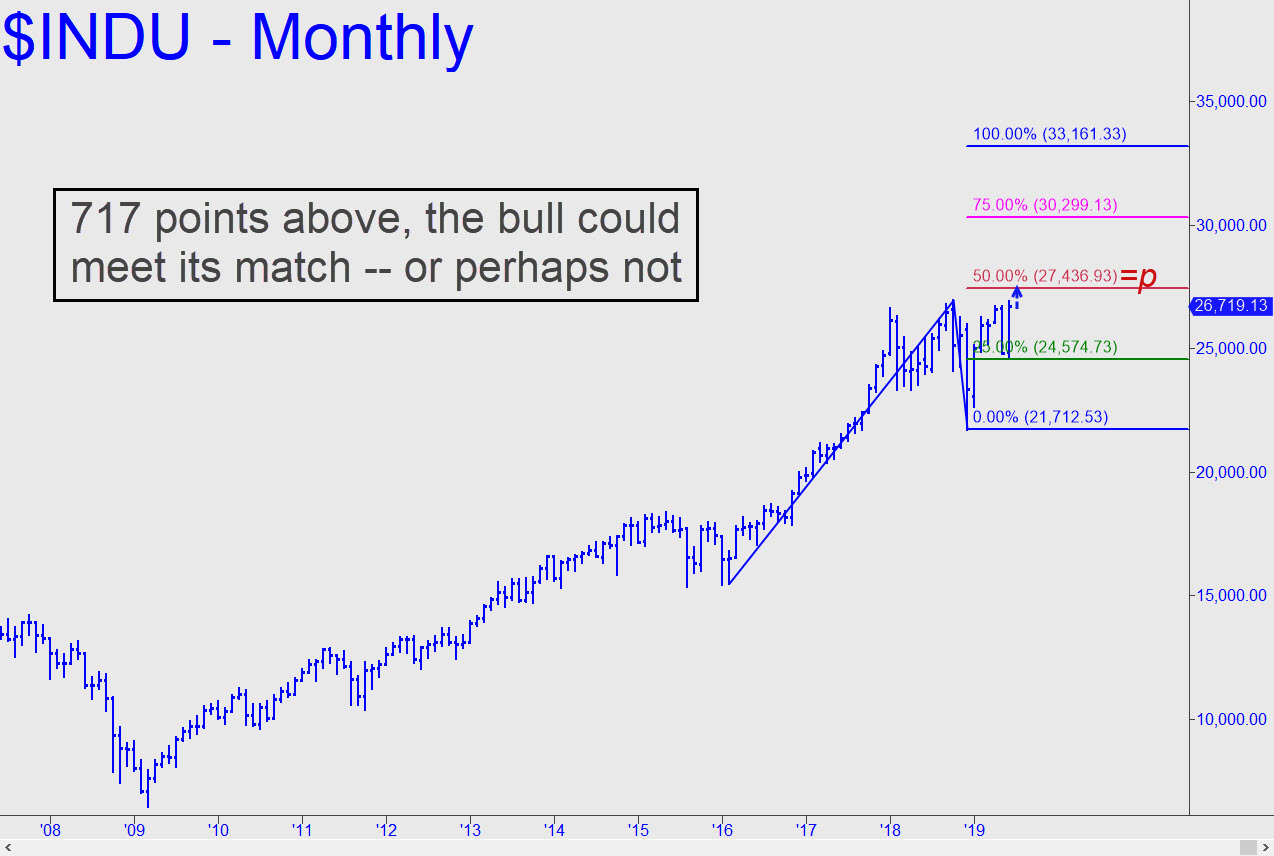 Here are three numbers to jot down to get an accurate and potentially useful ‘read’ on the aging bull market: 27,436, 28,738 and 33,161. These are ‘Hidden Pivot’ resistance targets for the Dow Industrials, and any one of them could stop the bull in its tracks. Each is a good place to attempt getting short with a tight stop-loss, but if the stop gets pulped, assume that the next-higher target is in play.  And if the Indoos should hit 29,000 (or so) and then plummet to the green line (24,5740), treat that not as a sign that the long-awaited bear has finally arrived, but as a great buying opportunity. Above 33,161, I have no additional targets to offer. That would be the bull’s final charge, as far as I’m concerned, and the best opportunity to get short that we might see in a very long while.

Why should you trust these numbers? For one, if you’ve followed Rick’s Picks for any length of time, you’ll know that the big-picture forecasts — for T-Bonds, gold, the U.S. dollar, interest rates,  inflation (or lack of, actually)  and major stock averages — have gotten it mostly right.  (But not always, as those of you still waiting for crude to hit $28 a barrel would be ready to attest.)  Another reason is that these sunny numbers come not from a hopped up permabull who thinks that decade-old rally will go on forever; rather, they are from someone who could give you a dozen good reasons why the Dow should be trading at 10,000 now, not heading toward 30,000 as would appear to be the case. _______ UPDATE (Jul 16, 8:30 p.m.): Tuesday’s high came within an inch of our longstanding target at 27,436, the first of three important stair-step Hidden Pivots. Let’s see how buyers handle it before we reassess the strength of the trend.