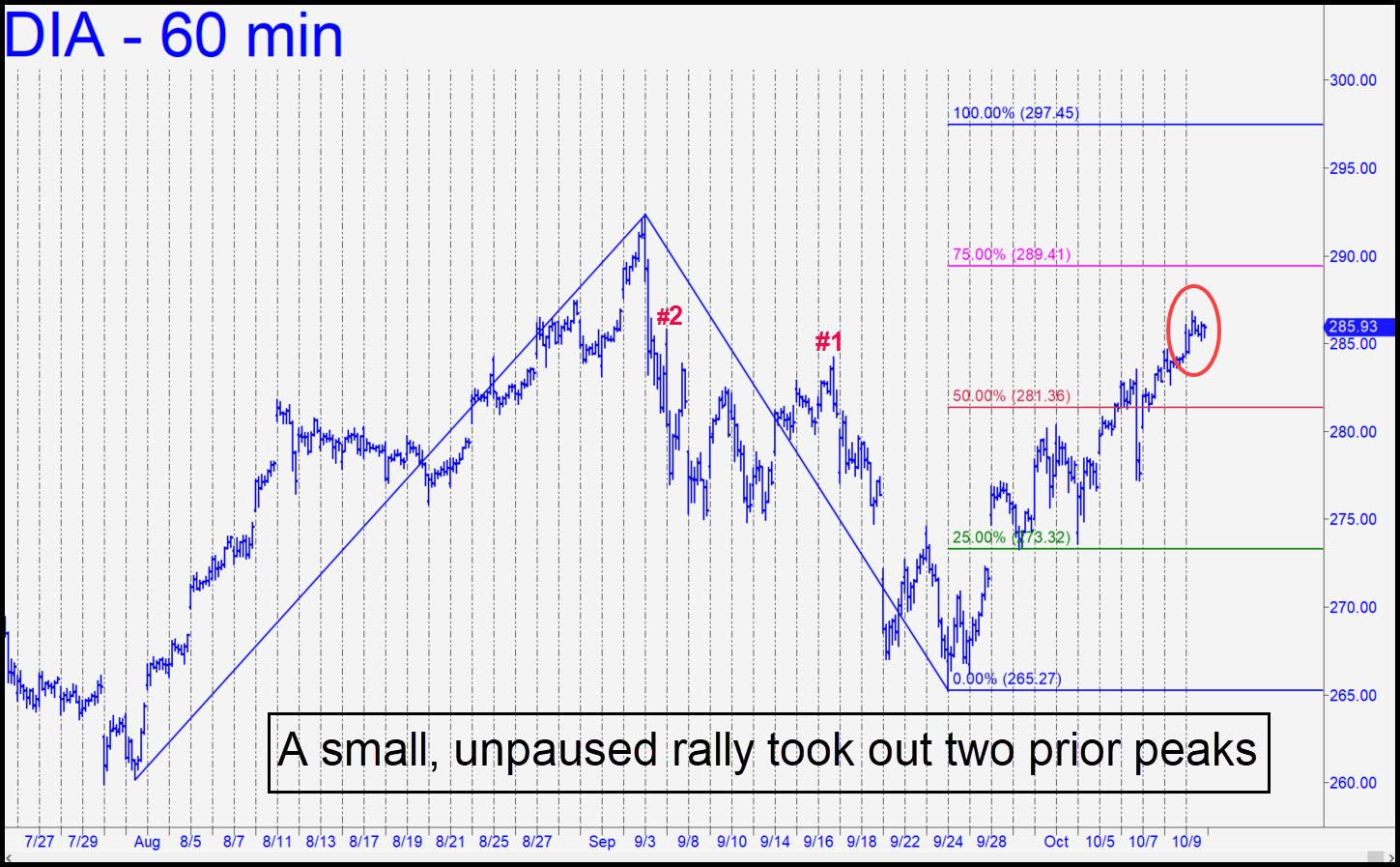 The two-day rally that ended the week had deceptive power, exceeding an ‘internal’ peak and two daunting ‘externals’ without drawing any deep breaths. It made our minimum upside target at p2=289.41 a shoe-in to be reached and shortened the odds of a further push to D=297.45. We’re unlikely to see a pullback to p if DIA hits the secondary pivot at 289.41, but it would make for an enticing ‘mechanical’ buy if it occurs.  However, it should be noted that exceeding the midpoint pivot took a long running start to achieve, and that’s why we’ll need to be alert to a possible trend failure above p2. _______ UPDATE (Oct 12, 6:31): Today’s top just a millimeter from the 289.41 target was worth shorting with a tight stop-loss, as I noted in the chat room an hour before the bell. I’ll establishing a tracking position if I hear from at least two subscribers who jumped on this one. For now, though, with DIA dormant a full point below the target, use a break-even stop-loss. _______ UPDATE (Oct 14, 7:56 p.m.): Feedback on the short was sketchy, so I haven’t established a tracking position. You’re on your own if you did the trade, but it is sufficiently profitable that you should have taken a partial gain by now. _______ UPDATE (Oct 15, 6:00 p.m.): If the upward momentum of today’s reversal continues and DIA closes strong, it would imply that the 297.45 billboarded above will be reached.